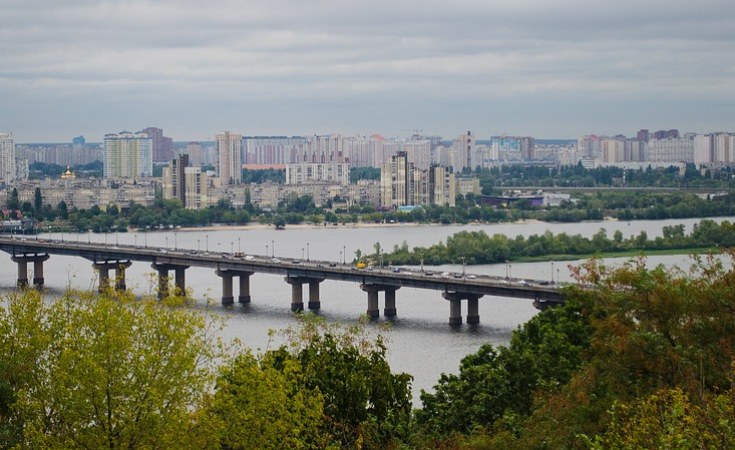 While Africa is yet to fully recover from the socio-economic repercussions of the COVID-19 pandemic, the Russia-Ukraine conflict poses another major threat to the global economy with many African countries being directly affected.

Just within a few weeks, global wheat, sunflower, and oil crude prices have soared to unprecedented levels. Africa is heavily reliant on food imports from both countries, and the Continent is already experiencing price shocks and disruptions in the supply chain of these commodities.

The conflict will likely impact food security in Africa. Both through availability and pricing in some food crops, particularly wheat and sunflower, as well as socio-economic recovery and growth, triggered by rising uncertainties in global financial markets and supply chain systems.

Over the past decade, the Continent has seen growing demand for cereal crops, including wheat and sunflower, which has been mainly supported by imports than local production. Africa's wheat imports increased by 68 per cent between 2007 to 2019, surging to 47 million tonnes.

Russia and Ukraine, both often referred to as the world's breadbasket, are major players in the export of wheat and sunflower to Africa. North Africa (Algeria, Egypt, Libya, Morocco, and Tunisia), Nigeria in West Africa, Ethiopia and Sudan in East Africa, and South Africa account for 80 per cent of wheat imports. Wheat consumption in Africa is projected to reach 76.5 million tonnes by 2025, of which 48.3 million tonnes or 63.4 per cent is projected to be imported outside of the Continent.

The sanctions imposed on Russia by Western countries will further exacerbate commercial flows between Russia and Africa due to the closure of vital port operations in the Black Sea. Russia is one of the world's biggest exporters of fertilizers.

Concerns are growing that a worldwide shortage of fertilizer will lead to rising food prices, with knock-on effects for agricultural production and food security.

Russia is also the world's third-largest oil producer behind the United States and Saudi Arabia. The disruption of oil prices on the world market is expected to lead to an increase in fuel prices and higher costs of food production.

Some regions, including the Horn of Africa and Sahel region, are at greater risk of food insecurity due to country-specific shocks, climate change, export restrictions, and stockpiling, especially if rising fertilizer and other energy-intensive input costs will negatively impact the next agricultural season as a result of the ongoing conflict.

A silver lining to reduce reliance on food imports

While the socio-economic ramifications are already substantial and the situation remains highly unpredictable, Africa must also see the current geopolitical crisis as an opportunity to reduce its reliance on food imports from outside the Continent.

African countries need to take advantage of their 60 per cent global share of arable land to grow more food for domestic consumption and export to the global market. This would lower the number of people facing food and nutrition insecurity caused by external shocks.

The African Common Position is a synthesis and unified view on how to transform Africa's food systems over the next decade, primarily on resilience in the face of growing vulnerability and shocks. It is anchored in the Comprehensive Africa Agriculture Development Programme (CAADP) and Malabo Declaration on Accelerated Agricultural Growth.

Rapid expansion in agricultural and food productivity and production has been identified as one of the game-changing solutions. To prevent future disruptions in the supply chain for wheat and sunflower across Africa, countries that produce these cereals need to increase their capacity to produce and supply to other countries through intra-African trade.

And those that do not should consider incorporating specific food crops into their agriculture value chain. This will reduce the reliance on wheat and grain imports from Russia and Ukraine and, most importantly, promote intra-African trade and grow Africa's agribusiness sectors.

Another lever in transforming Africa's food systems is the African Continental Free Trade Area (AfCFTA) which came into effect on 1 January 2021. African countries must take advantage of the world's largest free trade area.

The trade treaty is expected to offer US$2.5 trillion in combined GDP and agribusiness will significantly contribute to this growth. The AfCFTA will increase production and value addition as well as ensure adequate quality infrastructure and food safety standards to supply and grow local and regional agri-food markets.

The oil and gas factor

To avoid future food price shocks caused by rising oil and gas prices on the global market, African countries must improve their oil and gas production and exploration capability to fill any gaps that may occur as a result of supply chain disruption among the major global producers.

African countries that produce fuel and gas such as Algeria, Angola, Cameroon, Republic of Congo, Egypt, Equatorial Guinea, Libya, Mozambique, Nigeria, Senegal, Sudan, and Tanzania should explore boosting production and filling the gas and oil gap within the continent and beyond to alleviate fuel price shocks, which could contribute to lower food costs.

In addition, African governments should invest in or attract greater international investment in oil and gas exploration, particularly in countries where subterranean oil reserves are believed to exist but have yet to be explored.

The AU declared 2022 the Year of Nutrition with the main objective to strengthen resilience in food and nutrition security. The AU CAADP biennial review report of 2019 revealed that Africa is not on track to meet its goal of ending hunger by 2025, noting a deterioration in food and nutrition security on the continent since the inaugural report in 2017.

Increasing food production and expanding Africa's food basket will serve both nutrition and resilience objectives. In this regard, there must be intentional investments toward increased productivity and production of traditional and indigenous crops. This also requires a systems approach by integrating nutrition into resilient and strong health systems and social protection systems.

African food systems continue to face several challenges, including extreme weather events and climate change; limited adoption of yield-increasing technologies; dependency on rain-fed agriculture and low levels of irrigation; and most recently, the spread of fall armyworm in parts of the continent.

More than 38 million more people are at risk of hunger and poverty in Africa due to climate change. Climate-resilient technologies present major opportunities for the Continent to increase African food production and productivity while building resilience and reducing poverty and hunger.

Digital and biotechnologies and the transformation of food systems

While the Continent has made significant progress in the adoption and use of information and communication technologies for large-scale food producers, the benefits of digital innovations have not been fully leapfrogged by small-scale producers, processors, and retailers to access extension services, markets, and financial services.

Regional solutions are a prerequisite to addressing structural weaknesses and vulnerabilities, including poverty and inequality

The Russia-Ukraine conflict has once more exposed the urgent need for policy and investment choices to sustain and build viable, resilient, and inclusive food systems on the Continent.

The African Common Position on Food Systems provides pathways for Africa to increase home-grown agri-food production and ensure inclusive access to sustainable and nutritious food sources, while addressing structural weaknesses and vulnerabilities, including poverty and inequality.

The successful transformation of African food systems will largely depend on the willingness of African countries to realise continental and regional solutions to build and sustain greater resilience in the face of external shocks. 2022 is Africa's Year to action food and nutrition development goals.

Tagged:
Copyright © 2022 Africa Renewal. All rights reserved. Distributed by AllAfrica Global Media (allAfrica.com). To contact the copyright holder directly for corrections — or for permission to republish or make other authorized use of this material, click here.