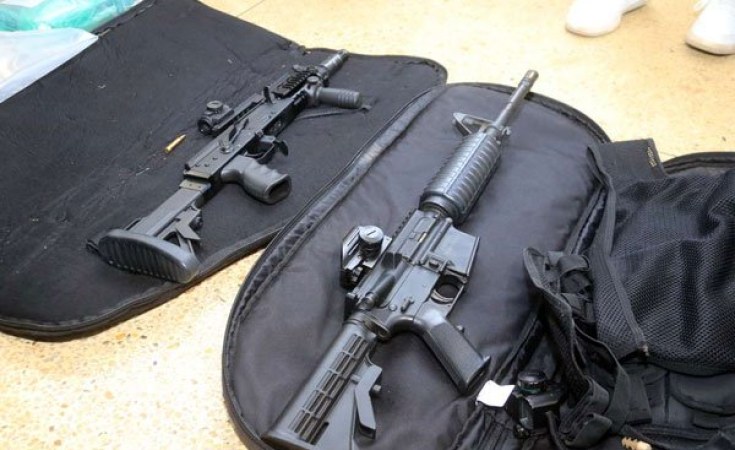 The Namibian and Angolan police have launched a joint investigation against a web of organised crimes, where Namibian arm dealers have allegedly smuggled firearms into the neighbouring country.

In an interview with New Era, police chief Sebastian Ndeitunga said an undisclosed number and types of illegal firearms were sold in Namibia and imported to Angola recently.

This, however, was only discovered this year.

"One suspect was arrested in Angola this year when he was found in possession of those firearms and the case was traced to Namibia," Ndeitunga said last week.

"I then travelled to Angola to find out how this incident happened; hence, I invited our Angolan counterparts to Namibia again so we launch a joint investigation into this matter and put up strict measures to never allow such a case to happen again."

Ndeitunga said more information will be disclosed once the investigation is completed.

Meanwhile, he also urged immigration officials to arrest persons who pass by the borders with no proper documentation of their goods.

Cross-border crimes are reported to have been a case of concern as of late, especially between Angola-Namibia borders.

Ndeitunga, who addressed police and immigration officials from both countries last week at Omahenene and Oshikango border posts, said these crimes are on the rise, and there is a need to hold hands to fight them.

"These are the challenges that both countries have been facing, and the nations have entrusted us as law enforcement to arrest those who transgress the law of both countries. I am happy we have a mutual agreement, and we will continue working together to ensure peace and security in our countries," he said.

Also speaking at the briefing, the commander general of the Angolan police Arnaldo Manuel Carlos said crimes such as firearms smuggling will compromise the safety of the two countries.

"Another issue is on the sale of fuel to Namibians at a ridiculously cheaper price; this will compromise the economy of our neighbouring country. We must work very hard to ensure these perpetrators are arrested," he said.

Ndeitunga further added they have arrested several police and immigration officials who were involved in illegal activities.

Such activities include theft, fraud and corruption.

"There are reports that there are some officials who request cash for service at the borders. Additionally, we heard allegations about officers who confiscate illegal fuel for their personal use. You need to refrain from these activities - and once caught, these people will be brought to justice," he said.

Ndeitunga said these crimes, happening among police and immigration, will jeopardise the relevance of the uniform and ultimately tarnish the reputation of the police force.

Next Story
Tagged:
Copyright © 2022 New Era. All rights reserved. Distributed by AllAfrica Global Media (allAfrica.com). To contact the copyright holder directly for corrections — or for permission to republish or make other authorized use of this material, click here.