Cameroon: Price Hikes Push Staple Foodstuffs Beyond the Reach of Many in Cameroon's Anglophone Region 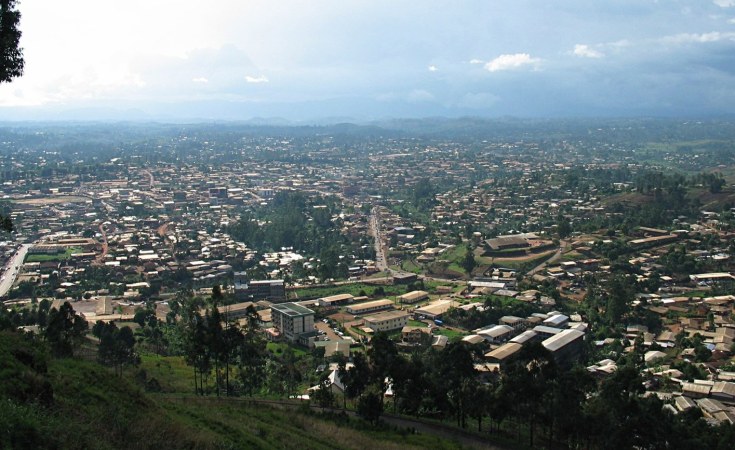 The ongoing crisis in the north-west of Cameroon in the anglophone region, coupled with the effects of the Covid-19 pandemic and the Russian invasion of Ukraine, has pushed the price of stable foods beyond the reach of many.

In response, the government has designated the anglophone region an economic disaster zone.

At the busy Bamenda food market, hawkers position themselves at the market gate, selling basic home products like washing soap, while shop owners serve customers inside their shops.

Shoppers come here in the hope of buying local produce cheaper. But for more than three months the prices of local produce like plantains and tomatoes as well as basic household commodities have skyrocketed.

"When we ask why, they say it is our road, especially the road to reach here - it is horrible," says Ngu.

"Palm oil is a local product. It used to be cheap, but they say they have to increase their own prices because if they don't sell it at a higher price how will they buy their own things in the market?" she adds.

For one transporter who uses the Bamenda-Ekok-Enugu highway, the frequent road blocks imposed by both security services and separatist fighters adds to the costs of the goods he transports. This prevents Nigerian goods from entering the city.

Elsewhere on the Bafoussam-Bamenda highway, where staples from other towns come in, the roads are in terrible condition and have not been maintained, Elvis Muluh tells Africa Calling podcast, pointing to his tyres.

"These are vehicle tyres. We buy them for up to 50,000CFA (45 euros) but it doesn't last for one month because of deplorable state of the road," says Muluh.

"The bad state of the road and numerous military checkpoints accounts for the increase in the prices of commodities, since we have to charge higher for transporting the goods," he says, adding that he wished there were fewer checkpoints.

Most businesses in Bamenda, the north-west's capital, have been shut down and relocated to safer areas after the kidnapping of many business people. Some have also had their places of business burnt down.

Peaceful protests calling out discrimination in municipal jobs five years ago led to a brutal crackdown by security forces, resulting in separatists taking up arms against the central government.

Within the context of the crisis, many city dwellers now host internally displaced persons, who have fled their towns and villages and have come to the regional capital.

Residents have more mouths to feed, but with the current increase in prices, even the most basic food staples are out of reach.

"We are facing price hikes in the market which is not backed by much money in our pockets. For example, I will start with magi beef cubes. They have gone from €1.23 (800CFA) to €1.50 (900CFA) a packet," says market-goer Laura Ngwa.

"We are actually facing difficulties preparing a decent meal for the family."

The situation is worsening with the recent increase in the price of flour, meaning people can't afford to buy much bread.

"Bread is very expensive; if you don't have 1000CFA (1.50 euros) now you can't afford breakfast for your family. From every indication it's high time we go back to our farms and cultivate sweet potatoes to serve for breakfast," says Thomas Mbah, a resident of Bamenda.

"Even the local product from cassava known as garri is now more expensive than rice."

The Russian invasion of Ukraine has forced prices up as has the impact of Covid-19 says Abel Ghogomu, a local government representative in charge of trade in the region. Ukraine and Russia are large-scale producers of wheat flour.

Before the war, they had a huge market in Africa, including Cameroon. In order to reduce costs of these imported commodities, Ghogomu says measures have been taken to help Cameroonian consumers.

"There is a tax exemption on products that are imported, wheat and other things so that it should reflect on our prices," he says.

He met with the North West Bakers association, who deal with wheat and bread-making.

"We were in the field disguised as consumers, and we went to shops to check on this. Bread which should cost 125CFA that is 200g has been raised up to 250CF," he adds.

This article was originally heard on RFI's Africa Calling podcast.