Tanzania: Evicting People From Tanzania's Ngorongoro Conservation Area Is a Bad Idea, There Are Alternatives 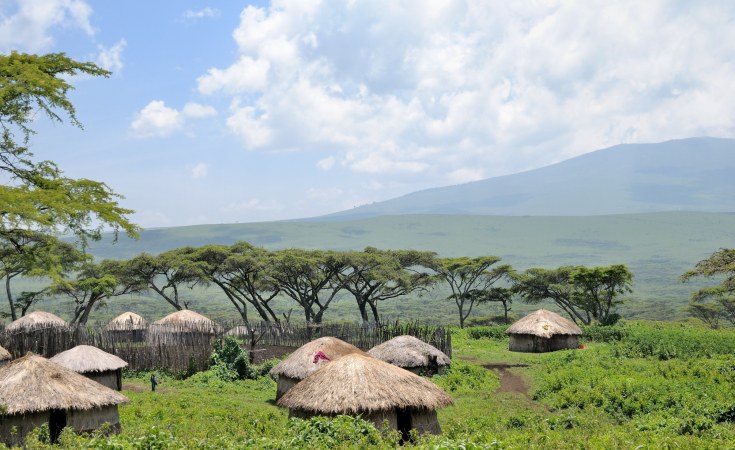 The Ngorongoro Conservation Area in northern Tanzania is a spectacular area made up of expansive plains, forests and savanna. It's also home to a huge caldera - a depression that forms when a volcano erupts and collapses - known as the Ngorongoro Crater.

The Conservation Area, covering about 8,292km2, is special for the large number of wildlife that live there which led to it being declared a World Heritage site in 1979.

It's also special because when it was established in 1959 it was planned as a multiple land use area in which wildlife co-existed with Maasai pastoralists. Pastoralists have grazed this area for at least the last 100 years and were assured permanent land rights. These included movement rights, residence rights and grazing and cultivation rights.

But there are concerns that the Tanzanian government is trying to force thousands of people off the conservation area. This is being done through harassment and restrictions - such as bans on crop cultivation and limiting access to rivers and rangelands for grazing their livestock.

The government argues that relocating the pastoralists will help conserve this World Heritage site. This stems from claims by MPs that the reserve is under threat from a booming human and livestock population.

It is true that the number of people has increased over the past 60 years. Between 1959 and 2017 the population in the Ngorongoro Conservation Area rose from about 10,000 to about 100,000 people. The number of livestock usually fluctuates around 250,000 heads per year.

In the meantime, over the past 60 years, wildlife species - such as African buffalo, Thomson gazelle and giraffe - in and around the Ngorongoro Crater have declined or remained stagnant. Such decline has been attributed to both natural stressors, such as changing rainfall patterns, and human stressors, for instance competition over grazing land.

As researchers on livestock and the environment - and having studied the Ngorongoro conservation area and interventions that support pastoralist communities - we argue that removing these communities isn't the answer to conserving the environment.

We argue that, if the government's reason is to protect the environment, then it's crucial to support communities that share the area with wildlife.

Wild ecosystems do not exist in isolation. About with 60% of wildlife in Tanzania lives outside of national parks at any given time. Even if they are in designated conservation areas, they will be affected by what happens outside of them.

Wildlife declines are known to be intimately related to poverty levels. For instance, poverty can lead to opportunistic poaching, and coupled with weak governance, it can cause declines in wildlife numbers.

Pastoral evictions in other regions of the world are known to have led to the further impoverishment of these communities.

We argue that the same fate could await the communities being evicted from this area - not only will they suffer but it could lead to new conservation challenges such as poaching and human-wildlife conflicts.

We therefore argue that more effort should be made to improve access to education and tackle poverty and unemployment if sound conservation policies are to be achieved.

Education can transfer much of the growing pastoralist population into other sectors of the economy and allow for income diversification. This would ease poverty and reduce pressure on land by reducing the number of people that directly make a living out of it.

In Kenya for instance, linking wildlife conservation to better pasture, higher income and the growth of sustainable businesses helped to promote local ownership and contributed to peace.

More education can also stimulate voluntary migration away from the area, reducing pressure on the land, and curb population growth. Education leads to lower birth rates, promotes smaller families and slows population growth. This is because schooling delays marriage and education is linked to young women becoming more empowered - they are more likely to adopt modern birth control mechanisms and avoid polygamous marriage.

Education can also integrate community members into ecosystem management, by providing jobs that depend on conserving ecosystems. This is the basis of the community conservation model. In some places, such as Kenya, it has increased community resilience and fostered a more positive attitude towards nature conservation, making it socially more sustainable.

But ecotourism isn't a magic bullet. Diversifying other domains of the area's economy is just as important.

For instance, the livestock industry could be developed by adding value to livestock products, including leather, dairy products and certified meat products. Private sector investments or public-private-partnerships in the district could promote products and increase their availability throughout the year.

The current crisis in the Ngorongoro conservation area points to an increasing tension between nature conservation and local livelihoods in Africa. But there is evidence that biodiversity and poverty eradication programmes can coexist, provided long-term strategies hold.

We hope that the Tanzanian government takes these into consideration as they can serve to protect communities and serve as a conservation strategy.