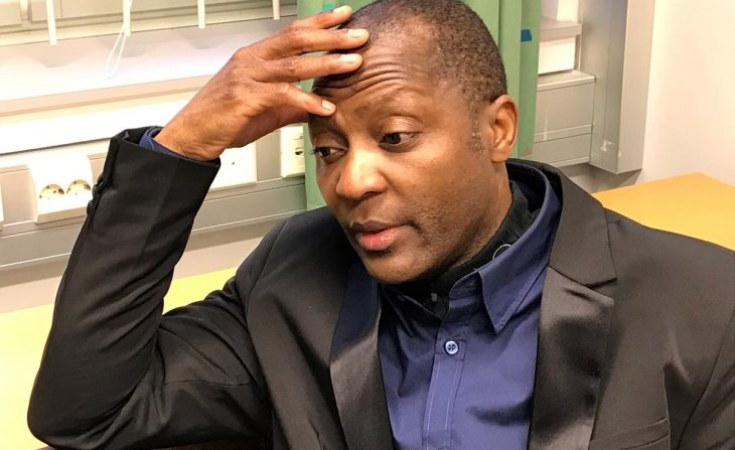 Monrovia — A court in Finland has acquitted Gibril Massaquoi, the former Revolutionary United Front commander in Sierra Leone, of all the charges in his year-long trial for war crimes and crimes against humanity during Liberia's civil war between 1999-2003.

In an 850-page ruling judges of the District Court in the city of Tampere said prosecutors had failed to prove beyond a reasonable doubt that Massaquoi, 52, committed the crimes of rape, ritual murder, torture and recruitment of child soldiers during the war.

Kaarle Gummerus, Massaquoi's lawyer, said his was "extremely relieved" by the judgement and is now waiting to see whether the prosecution decides to appeal the decision.

"We'll wait a month to see what decision the prosecutor makes with this case and then we'll be able to see what the next six months will be like," he told AFP.

The ruling is a blow to the prosecution team and Finnish police investigators who spent years and more than a $US million building the case.

Tom Laitinen, chief prosecutor in the trial, defended his team's actions in a WhatsApp message.

"My initial reaction is that despite the outcome, the trial in itself is an achievement for us and for justice. The next step for us is to read the judgement thoroughly to see if we can share the conclusions of the court," Laitinen said, referring to the voluminous verdict.

Laitinen said after digesting the ruling, the team will make a determination on the question of an appeal. Under Finnish law, the prosecution must lodge an appeal within a week of the verdict and then complete the appeal process within three weeks later.

Friday's verdict came more than two months after the court released Massaquoi from pretrial detention--a decision that raised eyebrows within the human rights community and many saw as a sign the court would acquit.

The outcome is also a setback for the two human rights groups that brought the initial evidence against Massaquoi to Finnish investigators, Swiss based Civitas Maxima and its Liberian counterpart, the Global Justice and Research Project. The two groups have worked together to gather evidence in more than a dozen cases against accused Liberian warlords in six countries in the last decade including successful prosecutions of Charles Taylor's number two Thomas Woewiyu and ULIMO commanders Alieu Kosiah and Mohammed Jabbateh.

This is the first case bought by the two groups that has ended in the acquittal. Defense teams in all cases have tried to undermine the credibility of the two organizations, particularly Hassan Billity, the Liberian justice activist who heads GJRP. The groups have been the targets of a disinformation campaign apparently coordinated by some of the people they have brought evidence against. This was the first trial in which Billity himself testified that he had been a victim of the accused.

The Massaquoi trial saw three witnesses come forward to claim that Billity had offered them bribes to testify. The witnesses provided no evidence and their claims were undermined when Milton Blahyi, another former warlord allegedly offered a bribe by Billity, rejected the accusation. It also emerged that Alan White, the chief prosecutor of the Special Court, had called all three witnesses prior to their testimony. Had Massaquoi been found guilty, the Special Court's witness protection program and even some of its convictions, may have faced heavy scrutiny.

In a statement the two groups defended their actions.

"Civitas Maxima and the Global Justice and Research Project believe the testimonies of the victims. This has been a peculiar trial for both organisations: Hassan Bility, director of GJRP, had already given evidence during the Charles Taylor trial in January 2009 implicating Gibril Massaquoi in the acts of torture he suffered in 2002. He testified again about those events at the Gibril Massaquoi trial. Both Civitas Maxima and the GJRP firmly support Hassan Bility, who for years has tirelessly worked towards justice and accountability".

Massaquoi was a top commander in the Sierra Leonean rebel group the Revolutionary United Front which was found to have committed widespread human rights violations, including murder and rape by the country's Truth and Reconciliation Commission.

Massaquoi was said to be a key informant in the conviction of former Liberian President Charles Taylor and other former RUF leaders in the UN-backed Special Court for Sierra Leone. Convicted of aiding and abetting the RUF in Sierra Leone's civil war, Taylor, is serving a 50-year sentence in a United Kingdom prison for his role. Massqauoi and some family members moved to Finland in 2008 under a deal with the Special Court that did not involve immunity from prosecution. He was arrested there in March 2020 after Civitas Maxima and GJRP presented what they said was evidence that he committed war crimes in Liberia to Finnish prosecutors. Massaquoi denied the charges. His trial formally began in Feburary 2021 in Finland and the court spent 6 months in Liberia and Sierra Leone hearing testimony from dozens of witnesses.

The Liberian witnesses mostly linked Massaquoi to the crimes, including ordering the torching of houses full of civilians in villages in Lofa County and killings, torture and rape at Waterside Market in Monrovia.

The trial took a dramatic turn in September 2021 when the defense presented evidence that Billity and his team had bribed witnesses compelling the court to return to Liberia to hear from additional witnesses. The dates of the original indictment also need to changed after it became clear the witnesses had been referencing events that took place in Liberia between June and August in 2003 when Massaquoi was in a UN monitored safe house in Freetown. The prosecution was compelled to make the difficult case that security at the safehouse was so lax that Massaquoi could have escaped and crossed into Liberia to commit war crimes on behalf of Taylor, the very man against whom he was informing to the Special Court.

In the end the inconsistencies were too great for the judges to rule that Massaquoi had committed the crimes beyond the legal burden of "a reasonable doubt".

Civitas Maxima and GJRP insisted the trial has made some impact on the transitional justice process, despite Massaquoi's acquittal.

"A complex case of intertwined conflicts with a former insider witness of an international court, the Massaquoi trial will surely become an important reference on the concrete challenges of universal jurisdiction," said the two groups in the statement. "And the Finnish experience will be an important case study for other countries who are committed to the principle."

The large cost of the trial was criticized by many people in Finland according to media reports there. The acquittal will likely bring more scrutiny to the government's decision to prosecute the case. Prosecution teams in other countries will be looking closely at the outcome.

In Liberia, it reignited the public debate about the need for the establishment of a war crimes court for Liberia, to prosecute those accused of bearing the greatest responsibility for the country's civil wars.

At the moment, the future of a bill establishing the court is under a cloud, with the Legislature, which has the sole constitutional authority to set up the court, unable to reach a decision on the matter.

The House of Representatives has asked its members to consult their constituents on the issue, while the Senate has asked President Weah to appoint a traditional justice commission to review recommendations of the Truth and Reconciliation Commission--a request rights activists have dismissed as an attempt to undermine the credibility of the report, as well as the Independent National Commission of Human Rights, which should ensure that the government implements the TRC recommendations.

President Weah has backpaddled over his earlier support for the court before he became president, asking the Legislature to advise him on the matter. Court supporters allege President Weah is resisting a court to appease Prince Johnson, the powerful Nimba senator who would be one of the first to be tried by a war crimes court for his alleged actions in the first war. Johnson's support in Nimba could be key to the president's re-election bid in 2023, although his (Johnson's) popularity has dwindled during recent elections.

Civitas Maxima and GJRP repeated their assertion that a Liberian war crimes court is essential to ensure Liberian citizens see justice delivered for the wars that left about 250,000 people dead and set Liberia's development back decades.

"The Gibril Massaquoi trial reminds us that national jurisdictions play a critical role in ensuring that war crimes and crimes against humanity are prosecuted, regardless of the nationality of the victims, and the time since these were allegedly committed."

This story was a collaboration with New Narratives as part of its West African Justice Reporting Project.

Previous Story
Acquittal of Massaquoi - Reality Check for Finnish Justice
Next Story
Massaquoi Acquittal - What Has It Wrought?

Massaquoi Acquittal - What Has It Wrought?