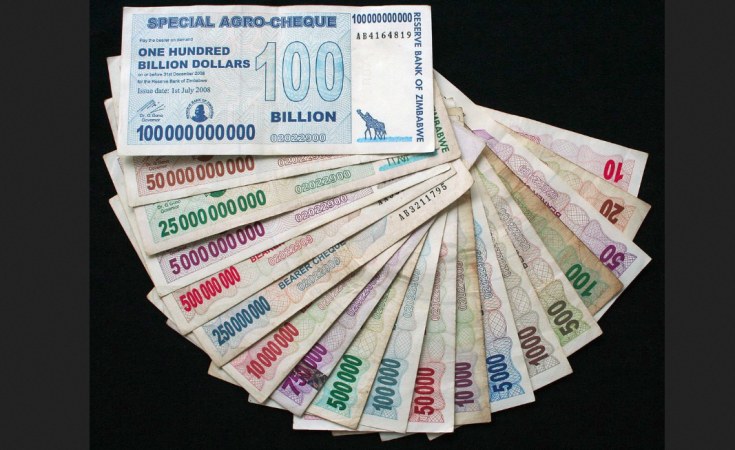 THE sharp decline in the value of the Zimbabwean dollar is a result of a sustained onslaught on the currency by economic saboteurs, President Emmerson Mnangagwa's government has claimed.

Responding to questions from legislators during the Wednesday question and answer session in the National Assembly, deputy finance minister Clemence Chiduwa said the government would identify and severely punish the economic saboteurs who were fueling inflation through manipulating the exchange rate on the black market.

This comes as the black-market exchange rate widened to US$1: ZW$350 to US$1: ZW$400 over the past week, with prices of basic goods and services increasing correspondingly.

"What we have is just a currency attack by saboteurs. The determination of the currency is determined by fundamentals that are in place. We need to find out who is sabotaging the currency," Chiduwa said.

He was responding to Harare East legislator Tendai Biti's suggestion that the country should do away with the Zimdollar and adopt the United States dollar.

Biti argued the US dollar could save the economy.

"It works. It worked during the government of national unity," Biti shouted.

"The use of the foreign currency by traders such as OK Bazaars and other retailers was an acknowledgment of the failure of the de-dollarisation process, so why is the government simply not dollarizing," he said.

But Chiduwa remained adamant, saying: "We cannot run a country with a currency that is not ours. What the Honourable member (Biti) is saying does not work. We are going to make it work with the Zimbabwean dollar."

No Solution In Sight As Central Bank, Business Clash Over Currency Crisis

Next Story
Tagged:
Copyright © 2022 New Zimbabwe. All rights reserved. Distributed by AllAfrica Global Media (allAfrica.com). To contact the copyright holder directly for corrections — or for permission to republish or make other authorized use of this material, click here.