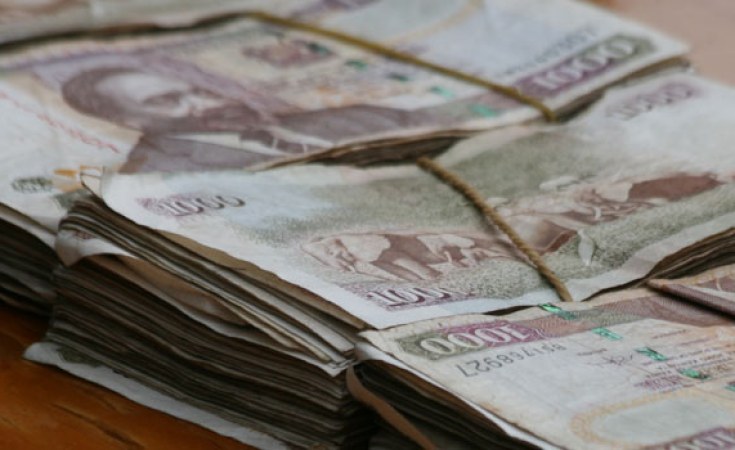 The petition was filed in court Thursday, against the Cabinet Secretary for the National Treasury and Planning, Ukur Yatani, and Attorney General Kihara Kariuki.

KHRC and TISA argue that the Treasury CS has been "increasingly borrowing money on behalf of the national government and Kenyans, and has taken expensive loans bilaterally from States, international financial institutions, and corporations over the past decade."

"The overall concern that triggered this litigation is that the Cabinet Secretary, National Treasury, and Planning continues to borrow in the name of the Republic of Kenya without being accountable to the public and without availing documents related to the borrowing to the public," said the two civil organizations in a joint statement.

They pointed out that the Executive has also floated bonds both domestically and internationally as means of raising funds, a move they termed non-transparent.

"However, the processes of borrowing through loans and raising sums through the floating of sovereign bonds has not been transparent as the Kenyan public is not involved in the process and is only left to rely on stories from the media," they said in the petition.

They argued that despite constitutional provisions that require public disclosure of all aspects of public borrowing, the government continues to operate in what they termed "an opaque, and shadowy manner."

They argued that their attempts to obtain the said information from the Treasury CS through a letter dated February 7 have not been successful.

"The Petitioners claim that the refusal by the Cabinet Secretary, National Treasury and Planning to provide information and documents relating to Kenya sovereign bonds and other loans is unconstitutional because it contradicts Article 35 of the Constitution, which decrees that every citizen has the right of access to information held by the State," read the statement.

They further argued that the refusal is also against Article 201(a) which states that there shall be openness and accountability including public participation in (public) financial matters and Section 5 (e) of the Access to Information Act, which obligates public entities to publish on their websites or other suitable media any contracts they have signed.

The civil society groups argued that the principle of public participation is abused when the government denies the public information through which they can meaningfully participate.

They noted that Government borrowing continues to "present a concern as it has contributed to an uproar among the public owing to the ever-increasing cost of living."

KHRC and TISA added that the responsibility to avail the documents for public scrutiny is paramount adding that it is a constitutional and democratic requirement for citizens to engage actively and meaningfully on public finance and debt matters.

"As our next steps, we welcome commentary opportunities, through the media, on the concerns raised, and are available to provide evidence-based reports to be used as news sources across all platforms," they added.

This suit comes in the wake of ballooning debt in the country and high cost of living in the country that has been partly blamed on the Russia-Ukraine crises and the Coronavirus pandemic.