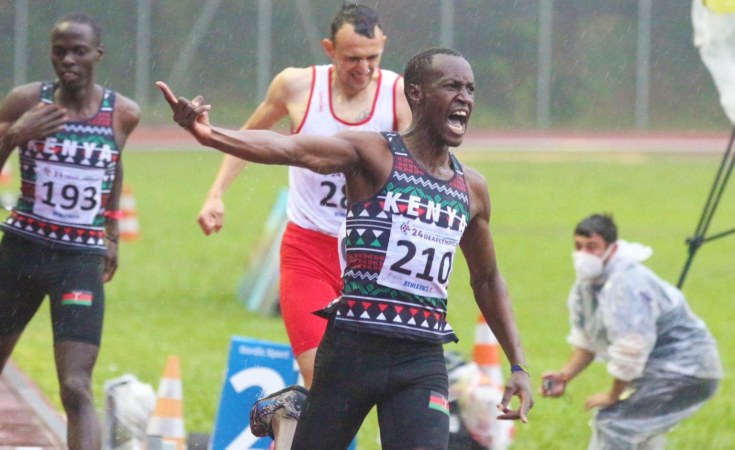 This was after the African opponents failed to turn up at the UCS Sede Multi Sport Gymnasium where the crunch tie was set to be held.

The crucial points (2 points 20 goals) propelled Kenya to second in Group A behind Serbia who beat hosts Brazil 34-10.

The victory edged head coach Frederick Omole closer towards his bare minimum target of winning at least two games in the global showpiece.

"My aim is to improve Kenya's ranking in our debut, reaching the medal bracket will be a great plus," says Omole.

Omole, who savoured the heaven sent triumph, said he will go back to the drawing board to plot against Germany who they are tackling on Saturday.

"My strategy still remains the same; to capitalise on speed and a solid defence to neutralise our opponents, especially the experience Germans," the tactician said.

Omole has, however, admitted that he feels Germany and hosts Brazil will be a piece of work in their pool.

Defending champs Croatia is in Pool B alongside Turkey, Denmark, Venezuela and Ghana. In their opening match, Croatia beat Turkey 35-20.

Optimistic Omole says he has great faith in the 15-man squad he went with to Brazil. He believes the charges will help him achieve his minimum target in the Games.

The tactician says the team has gelled and is ready to tackle the remaining opponents.

"The team so far has good coordination, rhythm and impressive ball coordination and handling," he says.

Ahead of Brazil, Omole took the squad through tactical paces to build stamina and strength.

Team captain Joel Kiilu says their mission in Brazil is to make it to the medal bracket.

The skipper is confident the country will improve her fifth place ranking realised in Brazil four years ago in the World Deaf Championships.

The 28 year-old center player says they hope to overcome all their opponents especially Croatia who are the world defending champs.

"We know our rivals are very skilled, they are experienced, but again we are ready for them going by the level of training we've had so far," Kiilu says.

Kiilu, who also captains Nairobi Kaloleni estate outfit Young Cobra Handball Club, says that among the tactics they have perfected in training include feinting, shooting and setting up a solid back defence.

Kenya's next football fixture is against hosts Brazil on Thursday.

Kenya women handball team also went down 43-16 in their first match against Turkey on Monday.

The games colourful opening ceremony was held on Sunday night where Kenya was voted the best dressed contingent with their resplendent Maasai inspired regalia.