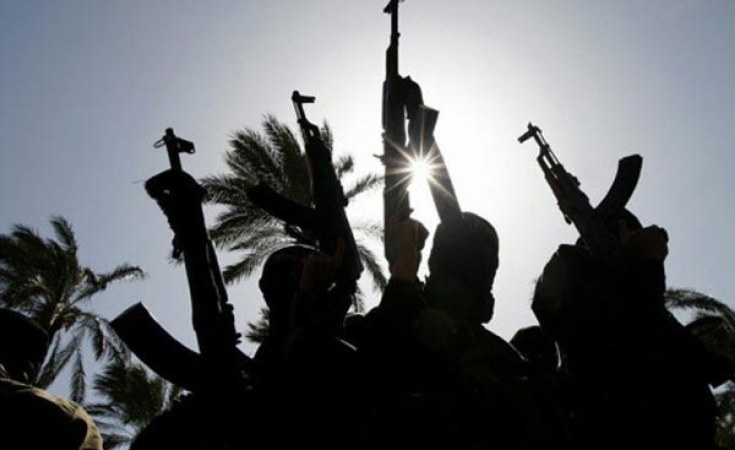 Weeks after admitting the Democratic Republic of the Congo, the EAC has launched peace negotiations with DRC rebels.

Will the East African Community's (EAC) gambit to try to bring peace to the Democratic Republic of the Congo's chronically turbulent east succeed where others have failed?

After a false start the week before, last week representatives of some 23 of the eastern DRC's countless armed rebel groups concluded five days of negotiations with the government in Nairobi. This was to discuss the terms and conditions of their laying down of arms.

The peace talks, under the aegis of Kenya, were backed up by a threat of force against those who didn't surrender. At an EAC summit days before, the presidents of Kenya, the DRC, Burundi and Uganda, plus Rwanda's foreign minister, had resolved to form an EAC intervention force to go after those groups who continued fighting.

Officials didn't release a list of rebel groups who had been invited, or of those who had participated, but unofficial lists circulating suggest most of the main groups were absent.

According to local media reports, the invitation was extended only to local DRC groups, while foreign groups had been warned to go home or face elimination by the proposed EAC force.

However the recently revived M23 - widely believed to have been at least originally backed by Rwanda though it denied it - had two factions at the talks, local media reports said. These reports also said the extremely bloodthirsty Allied Democratic Forces (the ADF, affiliated to Islamic State) had specifically been excluded as being a 'terrorist' organisation.

These reports said the first round of talks last week ended with some of the groups ready to stop fighting - and integrate into the government army - while others asked for more time to consider. A second meeting is expected later this month.

It was also not reported which groups were ready to stop fighting and which not.

Some reports indicate that the rebels are seeking amnesty, the release of political prisoners and greater participation in socio-economic life in the eastern DRC.

They claim to have taken up arms because of a lack of government services, including security. Also because the government hadn't delivered on previous agreements, and because the presence of foreign fighters meant external forces would continue to fuel violence in the DRC. These included specifically the Democratic Forces for the Liberation of Rwanda (FDLR) (originally from Rwanda), ADF (originally from Uganda) and Red Tabara (Burundi).

So they evidently want those foreigners repatriated, and conversely, Congolese abroad to return home.

Will this initiative work where other efforts have failed? One thinks particularly of the Force Intervention Brigade (FIB), then staffed only by Southern African Development Community (SADC) troops. It went into the eastern DRC to 'neutralise' many of these same armed groups in 2013 as an adjunct to the United Nations Organization Stabilization Mission in the DRC. It defeated the M23 but then seemed to stall.

The new peace initiative seems to be the outcome of the DRC joining the EAC earlier in April. Has Tshisekedi given up on SADC, to which the DRC also belongs, and turned to his more immediate neighbours? Certainly SADC seemed surprised by the Kenyan move, which leaves some important questions dangling, not least the need for coordination of the FIB with the proposed EAC force.

Perhaps the difference between 2013 and 2022 is that the armed groups have this time been offered the option of peaceful negotiations before expulsion by force?

Angela Muvumba Sellström of the Nordic Africa Institute told The East African this week that the rebels should seize the peace option as their options for continued warfare were narrowing. This was because regional leaders were signalling that they might not (continue to?) support these groups, she suggested. She thought the fact that Rwanda and Uganda were patching up their long quarrel, which had included competing to steal the DRC's natural resources, had helped create the conditions for the peace talks.

J. Peter Pham, former United States (US) special envoy to the Great Lakes, notes that it is too soon to really assess the talks and the proposed regional force as details remain sketchy. 'But both initiatives are to be welcomed, even if they ultimately deliver only modest improvement,' he says.

'Even if the talks result in the removal from conflict of just a portion of the roughly 30 groups who are taking part, that reduces the burden on the future regional security force and would permit it to concentrate on holdouts as well as significant long-time challenges like the ADF and the M23.'

What was not addressed in the formal EAC communiqué, he says, was 'the varied interests, both legitimate and illicit, of the DRC's neighbours in the eastern Congo.'

'The challenge, both for the Tshisekedi administration and ... Kenyatta and other facilitators, is to acknowledge the legitimate concerns of the Congo's neighbours while not undermining its own sovereignty and security ... to say nothing of the effectiveness of any regional mission.

'Thus this mission may be a make or break for the EAC: collaboration between its member states and a lasting solution to the conflict in eastern Congo which permits the DRC to fully integrate into the regional bloc would be a game changer of continental significance; but there is also the risk that squabbling over their individual interests could doom the mission and undermine the progress the EAC has made in recent years.'

The legitimate concerns that Pham refers to here are clearly the presence in the eastern DRC of forces threatening its neighbours (though to what degree has always been an issue).

The illicit interests are of course the natural DRC resources that Rwanda and Uganda have been accused of plundering for decades. In March the US Treasury sanctioned Belgian businessman Alain Goetz and his African Gold Refinery in Uganda, plus a network of companies, for 'the illicit movement of gold valued at hundreds of millions of dollars per year' from the DRC. It said this smuggling 'provides revenue to armed groups that threaten the peace, security, and stability of the DRC.'

Anything that might bring peace to one of the most violent corners of the continent must of course be welcomed. One needs to be vigilant, though, that the peace initiative emanating from the EAC genuinely serves the interests of the long-exploited and abused Congolese people and not those of their neighbours.