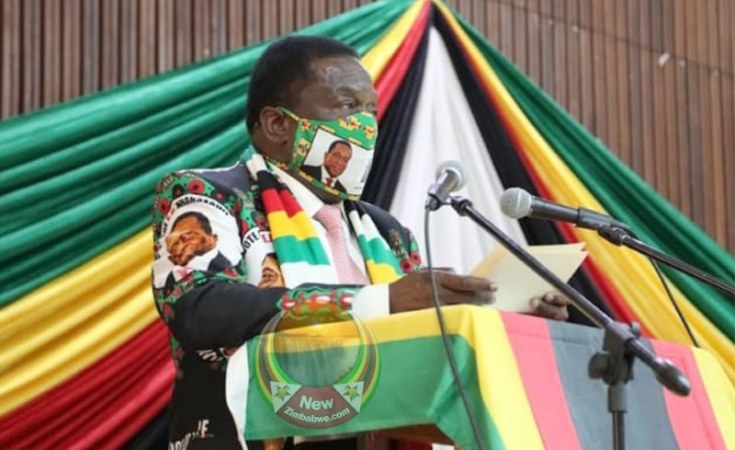 President Emmerson Mnangagwa has ordered banks to stop extending loans to both private companies and government departments as he announced a raft of measures aimed at stopping "economic hitmen" he blamed for derailing economic stability.

The measures come in the wake of the deterioration of the parallel market exchange rates to reach a high of US$1: $400 in a development which monetary authorities have blamed on sabotage, speculative borrowing and indiscipline.

"In order to minimise creation of broad money that is prone to abuse for purposes of manipulating the exchange rate for financial gains, and to allow current investigations, lending by banks to both the government and the private sector is hereby suspended with immediate effect until further notice," he said.

The directive is with immediate effect on the justification that foreign payments are susceptible to Illicit Financial Flows hence the urgent need to plug foreign currency leakages.

The new measures also targeted loopholes at the Zimbabwe Stock Exchange (ZSE) which have been abused by stock traders.

Mnangagwa said the current system allows clients to sell shares and then transfer the proceeds to third parties for purposes of forex trading.

In addition, brokers can transfer funds from one client sub account to another , which have become the basis for fuelling parallel market activities.

"Third party funding of client sub accounts is no longer permitted , transfer out of a client sub account shall only be permitted to the customer's bank account not third party and the ZSE will have powers to undertake regular and continuous monitoring of broker transactions , share trading and custodial changes," said Mnangagwa.

In a bid to restore confidence, the president moved to issue a directive for the compensation of account holders who lost the value of their savings when the economy de-dolarised in 2019.

"To address this value erosion, the government has resolved to compensate the loss of value on bank account deposits to individuals who had funds in their bank accounts of US$1 000 and below as of end of January 2019.

"The compensation of amounts less than US$1 000 has begun and will continue. Currently a framework is also being put in place to compensate individuals with bank accounts of up to US$100 000," he said.

He said the current partial dollarisation system shall continue as the government's preferred domestic economy under a carefully managed dedolarisation process which is aligned to the economic fundamentals.

The collection of revenue in foreign currency was left to continue in order to support critical government projects as he expanded the Interbank willing buyer willing seller facility from the current US$1 000 per day limit to a maximum of US$5 000 per day and a maximum of US$10 000 weekly limit.

Under the new arrangement retailers and wholesalers were allowed to benchmark their pricing to average interbank rate with a maximum allowable variance of 10% .

Resumption of Lending Must Be Carefully Plotted

Next Story
Tagged:
Copyright © 2022 New Zimbabwe. All rights reserved. Distributed by AllAfrica Global Media (allAfrica.com). To contact the copyright holder directly for corrections — or for permission to republish or make other authorized use of this material, click here.