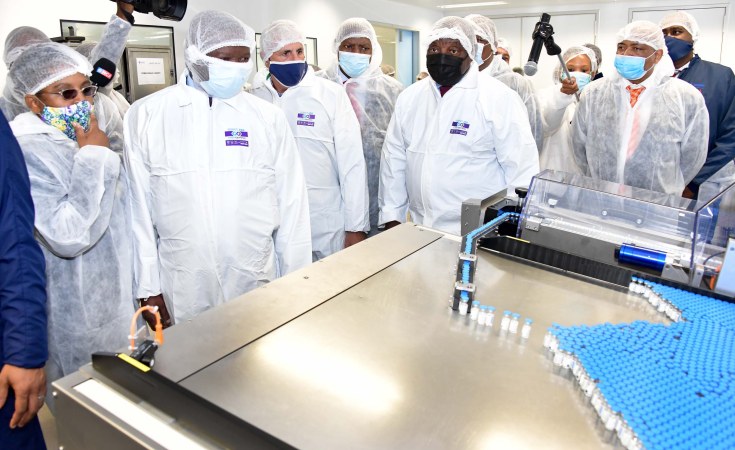 Brazzaville — Southern Africa is facing an upsurge in COVID-19 cases for the third consecutive week as the winter season in the region approaches. The uptick has broken a two-month-long decline in overall infections recorded across the continent.

Although cases have risen, hospitalization in South Africa remains low, with the number of patients currently admitted testing positive for COVID-19 at around 20% of the late December 2021 peak. In Gauteng and KwaZulu-Natal provinces, where the latest wave was first detected, both hospitalizations and in-hospital deaths increased by 90-100% in the past two weeks over the previous fortnight.

In addition to South Africa, Eswatini and Namibia have also recorded an increase in cases, with both reporting 50% more new cases in the past two weeks compared with the previous two weeks.

Africa's past four pandemic waves have occurred around mid- and end-year and mostly driven by new COVID-19 variants, winter seasons and high population movement during these holiday periods. In 2021, the Delta-fuelled mid-year surge began round May and in late November with the emergence of Omicron.

"This uptick in cases is an early warning sign which we are closely monitoring. Now is the time for countries to step up preparedness and ensure that they can mount an effective response in the event of a fresh pandemic wave," said Dr Abdou Salam Gueye, Director of Emergency Preparedness and Response at World Health Organization (WHO) Regional Office for Africa.

Over the past two years African countries have greatly improved COVID-19 response, with key aspects such as surveillance, testing and treatment bolstered. It is vital that these measures are maintained and quickly scaled up should COVID-19 cases surge further and across many countries.

The continent has also ramped up genomic sequencing. Between January and April 2021, African laboratories reported about 9000 sequences. This has risen over four times to nearly 40 000 over the same period this year.

However, with the decline in cases earlier this year, countries have rolled back public health measures, including surveillance. Testing has also decreased. Between March and May 2022, only 30% of countries reporting testing data met the WHO benchmark of carrying out 10 tests per 10 000 people per week. This is down from 40% in the months between the waves driven by Delta and Omicron in 2021.

"With the experience gained over the past two years, we must do all it takes to curb the adverse impacts of a new pandemic wave by stepping up vaccination and the measures to detect and prevent the spread of the virus as well as treat patients," Dr Gueye said. "To beat this pandemic, we must stay vigilant. The harsh reality is that complacency comes at a high price."

Previous Story
Tagged:
Copyright © 2022 World Health Organization Africa. All rights reserved. Distributed by AllAfrica Global Media (allAfrica.com). To contact the copyright holder directly for corrections — or for permission to republish or make other authorized use of this material, click here.