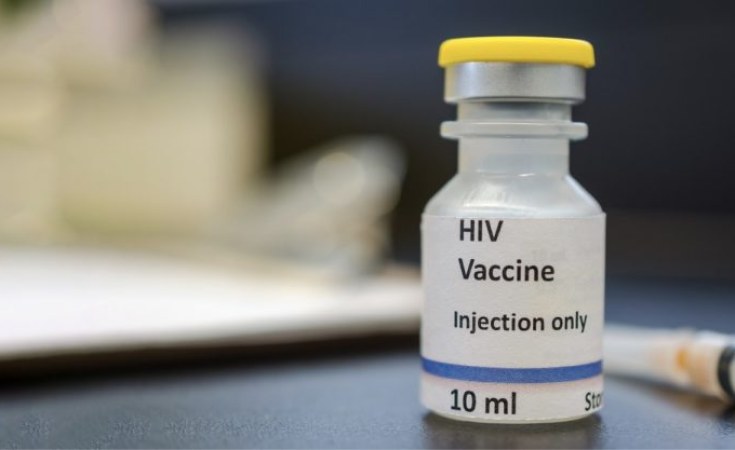 HIV is no longer the death sentence it used to be. Today, more people living with HIV have access to life-saving treatment and can stay healthy by achieving and maintaining viral suppression. Unfortunately, newly acquired infections still occur and in 2019, approximately 1.7 million were reported globally. It is therefore critical for the world to move from managing HIV infections to preventing them.

It has been estimated that HIV/AIDs has led to the death of over 36 million people since it was first reported in 1959 in the Democratic Republic of Congo. There are presently over 37 million people living with the disease around the world and according to the World Health Organisation (WHO), more than two thirds of people living with HIV/AIDs are in Africa, making the continent, particularly sub-Saharan Africa, the most severely affected.

Over the years, scientific advances have led to the development of affordable and extremely effective treatments for the prevention and management of HIV. These include the use of condoms during sexual intercourse, emergency antiretroviral medications and long term antiretroviral (ARTs) medications for those already infected with the disease. There are also the pre-exposure prophylaxis medications for individuals at high risk of getting infected with the disease. Additionally, there are medications that prevent the transmission of HIV/AIDs from a mother to her child during pregnancy, childbirth and breastfeeding, ensuring that millions of women who are HIV/AIDs positive safely go through the perinatal period without their children being infected. However, they can only do so much.

ARTs are only capable of suppressing the HIV virus, to the extent that an infected individual can live a healthy life provided they adhere to the medications. The medications are so effective that one can achieve viral suppression to the extent that the virus will not be transferred to their sexual partners. However, these medications have a limit; they cannot prevent HIV/AIDs, which means the disease is still a threat to people around the world. This highlights the need for an HIV vaccine, and over the years, research has been ongoing to develop one.

The first human clinical trial of an HIV vaccine was announced in 2021, 22 years after Bill Clinton's call to experts and scientists around the world to work towards creating a vaccine for HIV/AIDS. Also in March 2022, the United States National Institutes of Health announced clinical trials of three more HIV vaccine candidates. An HIV vaccine has the potential to prevent new infections and ultimately end the HIV/AIDS pandemic. However, as the vaccines are being developed, regulatory authorities in countries around the world, research institutions and the WHO must take steps, to ensure that the vaccines when finally developed are certified safe and effective. Also, ministries of health at national and subnational levels in all countries and stakeholders in the health sector especially nongovernmental and civil society organisations and the media should work to create awareness about the benefits of the vaccines to drive acceptability and uptake. Key populations such as men who have sex with men, transgender people and sex workers who are at increased vulnerability to HIV/AIDs should be prioritised in accessing the vaccines.

Vaccines are arguably the most impactful investment in healthcare in the 20th century and -- beyond the HIV/AIDS vaccine -- they will continue to be a critical tool for public health and infectious disease outbreaks. In recognition of the fact that COVID-19 is one of many pandemic diseases the world is grappling with, the Coalition for Epidemic Preparedness Innovations (CEPI) plans to develop safe and effective vaccines within 100 days of an epidemic or pandemic threat being identified. To give the world a fighting chance of tackling and containing outbreaks before they spread around the world and become pandemics. In an earlier interview with Nigeria Health Watch, Dr Richard Hatchett, the Chief Executive of CEPI, said, "The reason we need to be able to develop vaccines that rapidly is obviously to substantially mitigate the impact of pandemics".

On average, it takes 10 to 15 years to develop a vaccine and to introduce it into the market. It took 326 days to develop and gain authorisation for safe and effective vaccines for COVID-19 and the speed with which it was developed served as 'proof of concept' for a prototypic vaccine approach. Therefore, CEPI aims to use the lessons learnt from the COVID-19 vaccine and access to the latest technologies to achieve their audacious goal.

Proactively preparing for disease outbreaks and making sure there are vaccines for future pandemics is a sure-fire way to protect the world from the debilitating effects of an out-of-control disease outbreak. So, what do we need to be properly prepared for the next Disease X? Scientifically, it's about making advances across the whole life cycle of pandemic preparedness. Economically, it's about being prepared to make large, bold investments to speed up the building of our defences as well as ensuring that at a national and global level, funds are available to protect our health security. Politically it's about recognising the scientific opportunity, accepting the moral obligation to try, and making it work for everyone, not just those fortunate enough to be born in wealthy countries where access to therapeutics and vaccines is more within reach.