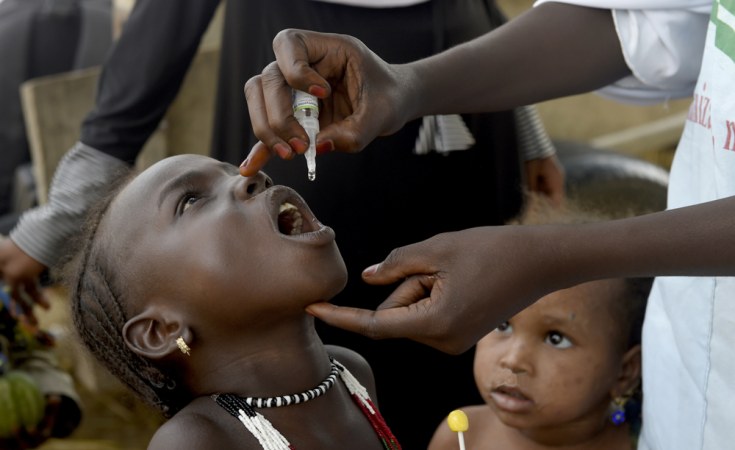 Health authorities in Mozambique declared an outbreak of wild poliovirus on Wednesday after confirming that a child in the country's north-eastern Tete province, had contracted the disease.

This marks the second imported case of wild poliovirus in southern Africa this year, following an outbreak in Malawi in mid-February, said the World Health Organization's (WHO) Regional Office for Africa, in press release.

The lone case so far, is the country's first since 1992. The infected child began experiencing onset of paralysis in late March. Genomic sequencing analysis indicates that the newly confirmed case is linked to a strain that had been circulating in Pakistan in 2019, similar to the case reported in Malawi earlier this year, WHO noted.

Polio is transmitted mainly via contaminated water and food, or through contact form an infected person. The virus can cause paralysis, which is sometimes fatal.

The case in Mozambique and the earlier one in Malawi do not affect Africa's wild poliovirus-free certification, because the virus strain is not indigenous, WHO stressed.

Africa was declared free of indigenous wild polio in August 2020 after eliminating all forms of wild polio from the region.

"The detection of another case of wild polio virus in Africa is greatly concerning, even if it's unsurprising, given the recent outbreak in Malawi. However, it shows how dangerous this virus is and how quickly it can spread," said Dr Matshidiso Moeti, World Health Organization Regional Director for Africa.

"We are supporting southern African governments to step up the polio fight including carrying out large-scale, effective vaccination campaigns to halt the virus and protect children from its damaging impact."

An investigation is underway in Mozambique to determine the extent of the risk posed by the new wild poliovirus case and the targeted responses needed. Preliminary analysis of samples collected from three contacts of the newly-detected case, were all negative for wild poliovirus type 1, said WHO.

Mozambique recently carried out two mass vaccination campaigns - in response to the Malawi outbreak - in which 4.2 million children were vaccinated against the disease.

Efforts are currently underway to help strengthen disease surveillance in Malawi, Mozambique, Tanzania, Zambia and Zimbabwe. All those countries will continue with mass vaccinations, with plans to reach 23 million children aged five, and below, with the polio vaccine in the weeks ahead, WHO assured.

Wild poliovirus is endemic only in Afghanistan and Pakistan. Polio is highly infectious, and largely affects children younger than five years. There is no cure for polio, and it can only be prevented by immunization.

Children across the world remain at risk of wild polio type 1 as long as the virus is not eradicated in the final remaining areas where it still circulates.

WHO Concerned Over Polio Outbreak in Southeastern Africa