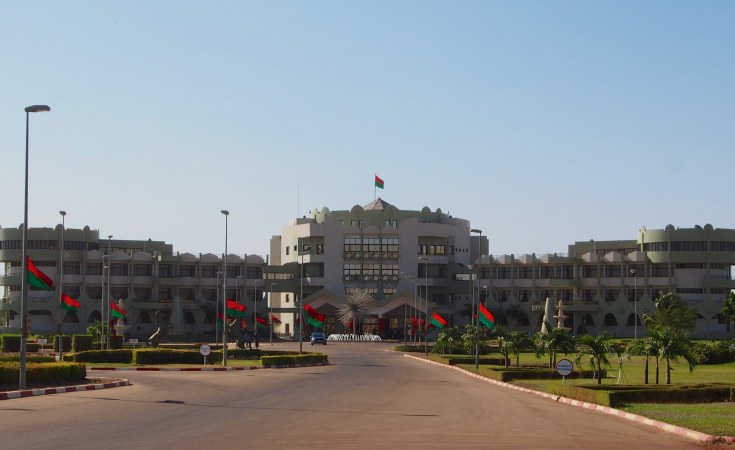 A report by Human Rights Watch finds civilians in Burkina Faso are suffering from an increase in attacks by armed Islamist groups and government security forces. The conflict has displaced millions and increased recruitment into armed groups.

The escalating attacks include widespread killings, rapes and the pillaging of goods, according to the report. The conflict began in 2016 and has since destabilized nearly the entire Sahel region.

But Burkina Faso has seen the worst of the violence, and conditions are deteriorating.

Nearly 600 people were killed between January and April of this year - triple the number in the same period in 2021, according to the Armed Conflict Location & Event Data Project. The number of people displaced has also risen, reaching more than 1.8 million by the end of February of this year - a more than 4 percent increase since the end of January.

In addition to terrorist groups, government security forces have become increasingly abusive and subjected civilians to unlawful killings and abductions, the report said.

Corinne Dufka, the West Africa director for Human Rights Watch has covered Burkina Faso for years and said she is particularly concerned by new atrocities being committed that she hadn't seen before.

"Notably, the rape of girls and women," she said. "I documented dozens of cases of girls and women who were sexually abused and beaten, as they forged for wood, as they went back and forth to the market, and as they fled their villages from fighting."

Other new abuses included the recruitment of child soldiers, the use of mortars to target villages and the placement of IEDs along main roads. The explosive devices have killed dozens of civilians and impeded the delivery of humanitarian aid.

Burkina Faso's elected government was overthrown in January by military forces that blamed then-president Roch Marc Christian Kaboré for the rise in jihadist-linked violence. But in the more than three months since the coup, the junta itself has failed to reverse the trend and restore peace and stability.

In early April, transitional President Lieutenant-Colonel Paul-Henri Sandaogo Damiba said he was implementing a new strategy that would show results within five months. The changes include replacing heads of command, improving equipment and calling in retired military personnel.

Fahiraman Rodrigue Koné , a senior Sahel researcher with the Institute for Security Studies in Bamako, said counterterrorism operations have been undermined by corruption and a lack of coordination.

"We all know that the fighting against jihadist militant groups won't be achieved by a military way," he said. "So, if there is serious dialogue - community based dialogue - this will be a good option."

Koné said he expects some improvement in the security situation as the government now appears to be considering peace talks.