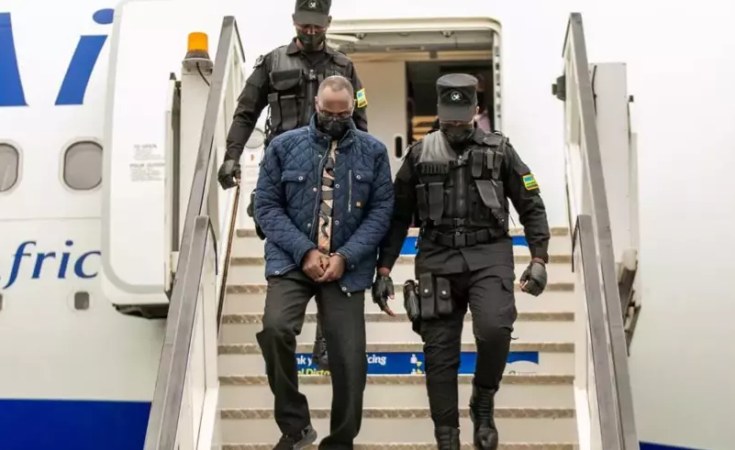 Kicukiro Primary Court has ruled to remand Genocide suspect Jean-Paul Micomyiza for 30 days, saying that there is serious incriminating evidence pinning him.

The decision follows Micomyiza's application for bail on Monday, May 16, saying that he was not a member of Interahamwe militia and never belonged to any political party during the Genocide, and also he might have been confused with someone else.

Micomyiza, who was extradited from Sweden at the request of Rwanda on April 27, and has since been charged with various counts, appeared in court for the verdict accompanied by his three lawyers.

The presiding judge said that the court analyzed the merits of each charge and found that there were serious grounds to suspect Micomyiza committed the crimes he is accused of.

The merits were tabled by the prosecution on Monday during the bail hearing, mostly pinning him on killings in Huye district, against students at the former National University of Rwanda (now part of University of Rwanda), faculty members among others.

Micomyiza, 49, was a second year student at the university.

According to the witness accounts, they saw the suspect several times killing the Tutsi and raping women including fellow students.

"Court, therefore, finds it necessary that Micomyiza is provisionally detained in a prison facility for 30 days," ruled the presiding judge, adding that it was within the rights of the suspect to appeal against the verdict.

The prosecution accuses the 49-year-old of various charges including murder, complicity to commit genocide, rape, causing permanent injuries, and crimes against humanity.

All these crimes were committed during the 1994 Genocide against the Tutsi, mainly in the former Butare prefecture.