Africa: How Structural Racism Shows Up In Peacebuilding Processes 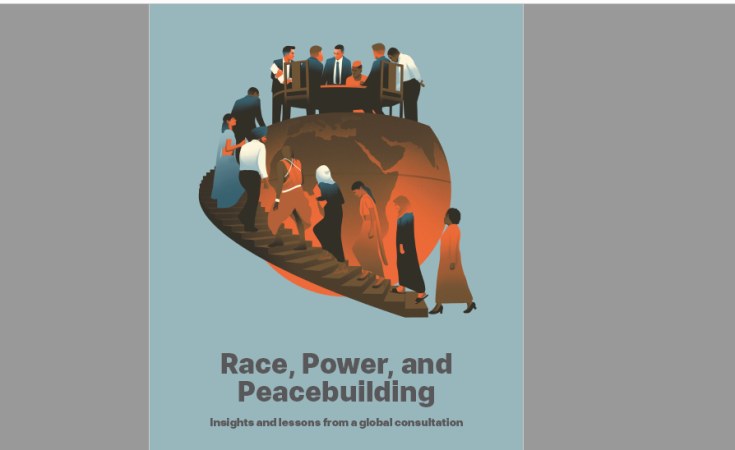 Peace Direct
Race, Power and Peacebuilding is a report by Peace Direct in collaboration with the Global Partnership for the Prevention of Armed Conflict (GPPAC), International Civil Society Action Network (ICAN), and United Network of Young Peacebuilders (UNOY).
allAfrica.com
By Nontobeko Mlambo

Johannesburg — Peace Direct's new report titled Peace, Race and Power explores how racism manifests itself within peacebuilding sectors. Compiled through global consultations which included over 160 people from 70 countries, the 55-paged report builds upon the findings of the May 2021 report titled Time to Decolonise Aid which found systemic racism across the wider humanitarian, development and peacebuilding sectors. The report was in collaboration with the Global Partnership for the Prevention of Armed Conflict (GPPAC), International Civil Society Action Network (ICAN), and United Network of Young Peacebuilders (UNOY).

The Oxford definition of decolonization is "the process of a colony or colonies becoming independent", but the meaning of the word can differ depending on a person's geographic location. In South Africa, the decolonisation movements have tied the word to economic issues including access to quality education, higher education, land and healthcare among others. These movements also aims to dismantle what are regarded as western and colonial systems and structures of knowledge production and dissemination. To be able to unpack decolonisation, the psychological effects caused by colonization have to be acknowledged and addressed.

Nicoline Nwenushi Wazeh, a Gender and Development Specialist and Peacebuilder from Cameroon makes an example of the current crisis faced by Cameroon as the real consequence of colonialism.

"In Cameroon we are facing a situation that has been going on since 2014 where anglophone Cameroonians who are a minority find it difficult to coexist with the French speakers who are a majority. Before colonization we had just one Cameroon and this situation was brought to us by colonial masters, the English and the French and today we find it difficult to come back to the one Cameroon that we used to be and lots of lives have been lost because of this," she says.

Wazeh says peacebuilding processes should be decolonised because communities on the ground are more than capable of speaking on their own issues and have the urgency and know what they want and can speak for themselves, they just want partners to give them room and an opportunity to build capacity to be independent.

"As much as the United Nations Sustainable Goal 17 talks of partnerships for development, I believe in this partnership which is indispensable in a world that has been globalized, but it cannot be one size fits all. We can't use a broad-based solution to resolve problems. Some problems are specific and  need a specific approach," she says.

Raaval Bains, Research Officer at PeaceDirect and a co-author of the report says colonialism was created by greed and a lust for power. As a peacebuilder based in the United Kingdom which is part of the Global North, Bains says there is a problem of ego and arrogance in the Global North towards the Global South.

"It is our belief that what we think and how we think is the correct way, what we do is the correct way of doing. How we are is the right way of being. Colonialism was created by greed and a lust for power. Ego is one of the most deep-rooted issues that we have in the Global North and one of the biggest obstacles for the development of partnerships," he says.

Shannon Paige, Policy Associate at PeaceDirect and a lead author of the report says for meaningful partnerships to exist, there needs to be equality.

"Over the cause of the various days that we held the consultations that was a real key element  that came out again and again which was the lack of recognition of urgency, of resources, of capacity and ability and that covered everything from the belief that local communities were not well equipped to solve their own peace issues, to the idea that they required external actors to help serve as a neutral figure," she says.

How Structural Racism Shows Up in Peacebuilding

Several factors that slows down peacebuilding processes and show up as racist are named in the report, these include peace interventions by way of assumption that Global North actors can 'fix' the problem in other countries and should therefore always intervene directly. Also, attitudes specifically Global North attitudes and assumptions about the superiority of their knowledge and expertise on conflict issues and peacebuilding and the lack of capacity in the Global South. The report also mentions funding mechanisms that are not transparent and inaccessible to most Global South actors as a barrier and that they are often designed with Global North INGOs in mind. Participation is another factor stated as Global South actors are often viewed as victims, perpetrators or would-be perpetrators of violent conflict resulting to the Global South agencies and capacity for peacebuilding often being overlooked.

The report found that the peacebuilding sector continues to sideline local peacebuilders who are most affected by and most proximate to conflicts. It then recommends that Global North actors, including International Organizations (UN, World Bank, OECD etc), governments, INGOs and think tanks should acknowledge that structural racism exists and reframe what is considered as expertise¸ players from the Global North should consider that their knowledge may not be the most relevant.  Peace, Race and Power warns that peacebuilding sector cannot continue to exclude local actors from spaces of leadership and decision-making, nor can it continue to ignore the bias inherent in their efforts.