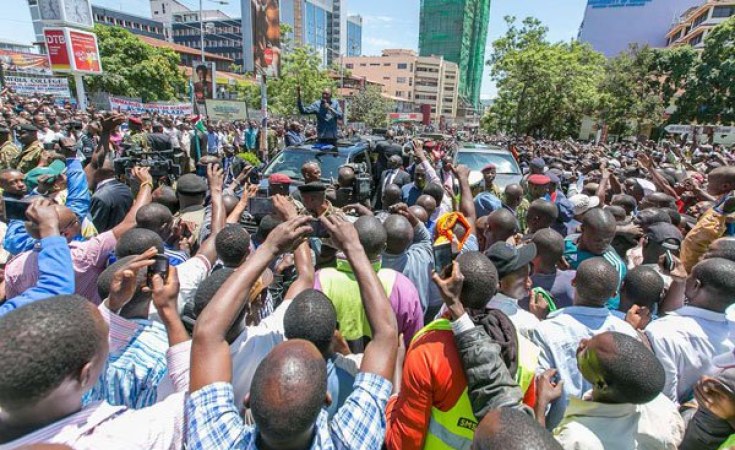 Kisumu — The Kisumu County Government has banned political gatherings within the Central Business District (CBD) and its environs.

This came barely hours before former Governor Jack Ranguma's convoy arrived at the CBD as he sort to launch his candidature for the gubernatorial seat on the Movement for Democracy and Growth party.

Kisumu Acting City Manager Abala Wanga indicated that the ban is to safeguard the transformation of the city through urban aesthetics.

Wanga further pointed out that the process to modernize the city is being threatened by the ongoing political rallies that are being held within the CBD.

"We have witnessed a lot of cases of vandalism and destruction of public property after the political gatherings," he said.

He gave notice to restrict politicians from holding political rallies within the CBD effective immediately.

"This is an attempt to stop the heinous acts of destruction of public property," he said.

Abala added that the City Management shall designate areas for political gatherings outside the CBD.

He warned that in the event of non-compliance, the City of Kisumu shall itself apprehend the violators and will also institute legal action.

Former Governor Ranguma who is going to face off in the ballot with the current Governor Anyang Nyong'o was to launch his bid on Friday.

In the company of Kisumu Senator Fred Outa, former CAS East Africa Community Ken Obura alongside other county leaders, Ranguma addressed roadside rallies in Awasi, Ahero before his entry into the lakeside city.

He is expected to pass at Kondele before his convoy making an entry to the CBD where he will be unveiled.

Obura who has been listed in the Independent Electoral and Boundaries Commission (IEBC) portal as a candidate vying under independent ticket has since backed off as he supports Ranguma.