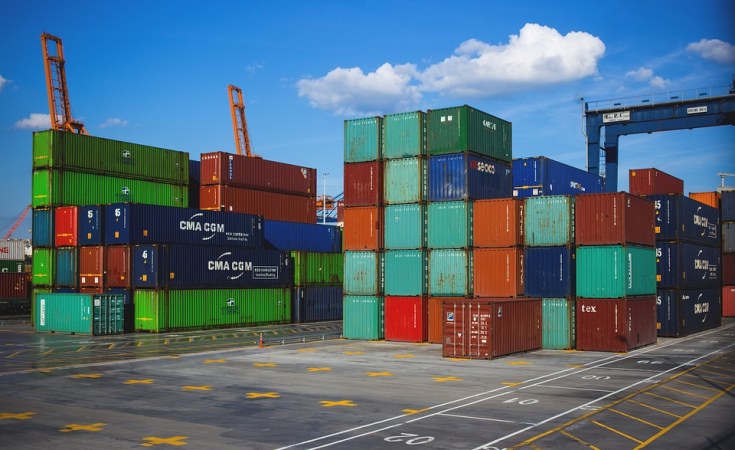 Global food protectionism is now in full swing. After India, some major EU food exporting nations like Hungary halted the export of certain crops. Many African countries are also banning the export of their produce.

Ghana and Ugandaare among a slew of African countries banning the export of grains and other farm produce with the latter imposing high taxes to prevent food exports to neighboring countries.

The Ghanian government has extended a ban on grain exports. A temporary ban on exporting maize, rice, soybeans, and other grains -- which took effect in September last year -- will now run until September 2022.

The original ban was put in place to ensure food security and increase local poultry and livestock production.

The extension of the ban comes as grain prices soar, partly because of Russia's war on Ukraine.

But some farmers are unhappy with the extended ban, saying they would get better prices if they could sell their crops outside of Ghana. So they want the government to lift it.

It's early morning in Yilo Nayili village, Tamale, northern Ghana, and 46-year-old Wangarindo Nantogmah, a small-scale local farmer is busy thatching the roof of his tiny leaking room. At this time of the day, he would usually be tending to his crops. But the soaring price of fertilizers in Ghana measn that he can't tend to his garden as often as he would wish.

"We have to plow our farms, but the prices of fertilizer and chemicals break our hearts because we cannot afford to buy them this year," he said.

A recent government directive banning the export of grains translates into abject poverty for Wangarindo. He had hoped that grain shortages on the international market would be a boost to his income since he would sell his produce of corn and soybeans at a higher price.

For Wangarindo, the decision to ban the export of their products is a big blow to him and other farmers in Ghana.

"If the government can't control the price of farm inputs like fertilizers, how does it expect us to stay in business by lowering the cost of our produce?" he mused.

Ghana justified its ban on grain, according to Christopher Aki, who heads the unit that issues certification for grain exporters.

"Due to the current situation [war in Ukraine], the government decided to take measures to stop the exportation of grain in order to make food balance stable in the country," Aki said.

"That is why there's a ban on the major food crops that we all know -- maize, rice, and soybeans."

Around Africa, farmers are grappling with high costs of farm inputs this year, with many governments attributing the cost to the Ukraine war.

However, the head of applied economics at Ghana's University for Development Studies in Tamale, Dr. Michael Ayamga, feels the government needed to think things through before imposing the ban.

"You need to use market mechanisms and not the draconian and controlled approach government has adopted by trying to make it impossible for farmers to export rather than giving them the incentives to sell within," Ayamga told DW.

Many farmers in Ghana fear the ban could create a black market if the government fails to negotiate appropriately with the farmers.

In Uganda, a grain transporter to neighboring South Sudan, Moses Mahmood told DW how his truck had to go through the Democratic Republic of Congo and The Central African Republic to beat the roadblocks set up by customs officials." The government in Uganda is overtaxing to stop us from taking food outside Uganda. This has affected our businesses that are the main source of our livelihoods," he said.

Another transporter of grain and other food products, Andrua Kassim said, "before the war in Ukraine, things were okay. We could send three lorries to South Sudan packed with various products. But as you can see now, there is nothing to transport." Authorities in Uganda have imposed high taxes on food products like maize, soybeans, rice, and wheat to tame and prevent the traders from selling their products outside Uganda.

Uganda's minister of ICT and National Guidance, Chris Baryomunsi, defended the government's position saying that "Uganda is now focused on boosting production to ensure that we have enough supplies and don't run into scarcity."

"Therefore, the comfort that we give Ugandans is that they should be patient and persevere. It's a global phenomenon, but soon the prices shall stabilize, and we return to normal export of food products," Baryomunsi told DW.

No government intervention amid skyrocketing prices

In a recent address to the nation, Ugandan President Yoweri Museveni said his government would not intervene amid an outcry from food exporters and the rising cost of living. Museveni said that "government subsidies or removing taxes would collapse the economy."

"Surges have occasioned the rising prices of goods in the cost of petroleum products and other imports amid global supply chain constraints following the war in Ukraine."

"Subsidies for and removing taxes from imported products is suicide because it will deplete both the family savings and the national reserves," Museveni added.

But economist Julius Mukunda disagreed with Museveni attributing the high costs for commodities to the Russian-Ukrainian warand not intervening.

Instead, Mukunda said, "the government should instead give incentives to business owners to boost their trade.

"The Russian-Ukrainian effect hasn't arrived yet. It is likely to begin probably next year. We are experiencing the effect of the COVID-19 pandemic; therefore, our government must support small businesses," Mukunda added.

Mukunda suggested that "export taxes should be less because they bring in foreign currency into the country and guarantee markets for food exporters."

Most food growers in Uganda export their produce to neighboring South Sudan. But the political situation there is also not conducive for their business to thrive.

Robert Ssuuna, a research fellow at Advocates Coalition for Development and Environment, a public policy research organization, said food exporters should expect less until the domestic economic troubles are resolved.

Maxwell Suuk in Ghana and Frank Yiga contributed to this report