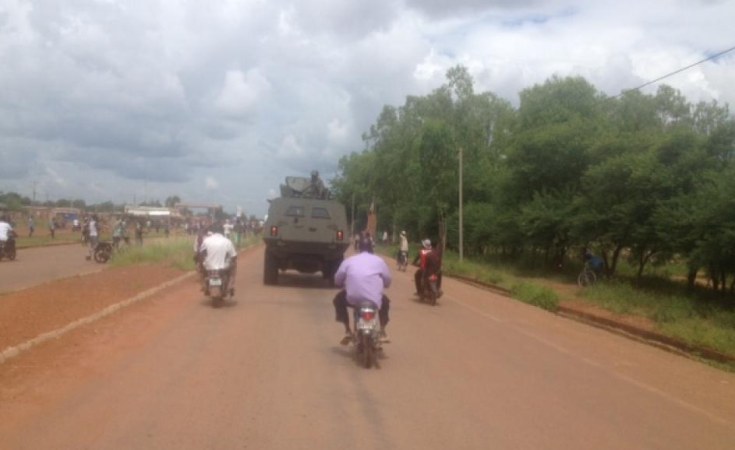 A United Nations report out on Monday noted a fourfold rise in civilian deaths and human rights abuses in late 2021 by all actors in the conflict, including jihadists, militias, self-defence groups, foreign military and Malian soldiers.

Although jihadists are the primary source of violence against the population, the report indicates an "exponential rise" in fatalities and abuses by the Malian armed forces, "supported by foreign military elements". These foreign elements were not identified in the report.

The Malian junta said the report was made to discredit the Malian army.

The report, carried out by the UN's MINUSMA peacekeeping force, details a quadrupling in the number of people killed, from 128 to 543, by all actors in Mali's conflict.

However, the report indicated deaths of 248 civilians was attributed to the defence and security forces. And some 320 human rights violations were reportedly committed by government forces during this time, while only 31 cases were documented in the last three months of 2021.

MINUSMA said at least 21 civilians were executed by the Malian army, while others were reported missing. Some 35 charred bodies were discovered, and included people previously arrested by the armed forces, which the army denied.

Russia blocks request for investigation into alleged massacre in Mali

The majority of those found were part of the Fulani, or Peul community, and have been accused in the past of siding with jihadists.

"In addition to extrajudicial, summary or arbitrary executions and other killings, the UN report included 45 cases of enforced or involuntary disappearance and several cases of arbitrary arrest as well as "torture and cruel, inhuman or degrading treatment," according to the report.

These abuses were directly attributed to the Malian security forces, the report indicated.

Mali's foreign ministry called the report "partisan" and filled with allegations based on "no tangible proof." It added that respect for human rights is a part of the training in the Malian armed forces.

Russians, reportedly at the request of the junta, began bringing what they described as military instructors. France, Mali's former colonial power, said that these instructors were from Wagner, a Kremlin-linked security operation, who already had ties in west and central Africa.

The Wagner operatives were the official reason that France announced its withdrawal from Mali after nearly a decade in the country, working with Malian troops to fight jihadists.

A massacre carried out in March in Moura, a village in the centre of the country, was not included in latest MINUSMA report, according to Guillaume Ngefa, MINUSMA's human rights director, as the investigation had not been concluded yet.

Insecurity in the Sahel - What You Need to Know