Morocco/Egypt: How Wydad Casablanca Became the Kings of Africa 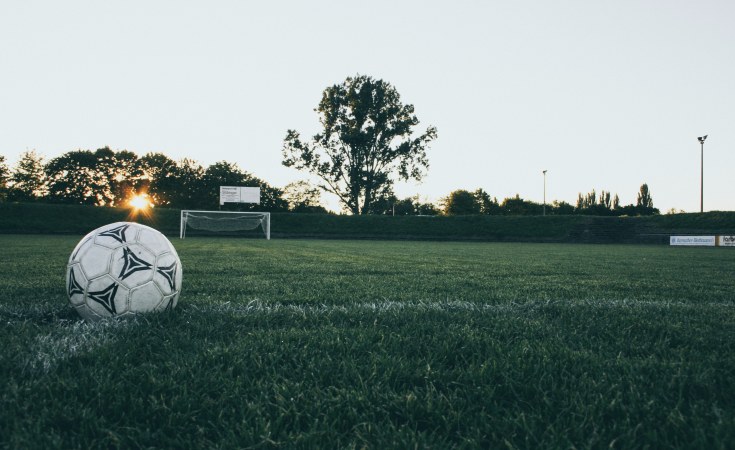 A boisterous home crowd made it difficult from the start for defending champions Al Ahly and an early goal from the Moroccan club only increased the pressure.

As Wydad Casablanca and Al Ahly emerged from the subterraneous player tunnels at Stade Mohammed V, it was immediately clear that the visitors from Egypt stood virtually no chance in the CAF Champions League final in Morocco.

That insight was not based on footballing analysis such as playing tactics, quality of personnel or coaching acumen. It was merely unimaginable that any group of players would be able to climb into that lion's den and play through the palpable pressure emanating from the stands.

The pre-match walkout in front of the rambunctious gallery had a gladiatorial tinge to it, punctuated with lounging fat-cat overlords and a seemingly bored Fifa president Gianni Infantino in the VVIP tribune.

Understanding the challenge that awaited them, the Egyptians clawed for any minute detail they could use to offset Wydad's home-ground advantage. For instance, the defending champions asked that both sides be assigned 10 000 tickets. Rumours swirling pre-match hinted that as Al Ahly were the home side on paper, they had requested that they sit in the famous Curva Nord in the stadium, which Wydad ultras call home.

"Even in a context when they are visitors, Ahly are experts at scraping the smallest favours to their advantage," said Wydad fan Oussama El-Fassi prior to the match.

Ultimately, only 1 000 Ahlawys made the trip to the Moroccan capital and they settled for the Curva Sud.

Nonetheless, Al Ahly marched into the final with the confidence that a club of their stature commands. "We're Al Ahly," coach Pitso Mosimane said on three occasions in the pre-match press conference. The curt affirmation spoke volumes about the Red Devils' expectations.

Africa's Club of the Century were chasing a record third consecutive Champions League title, which would have taken their overall tally to 11.

On paper - and in principle - Al Ahly were the much better side. In addition to their stable of experienced and Egyptian talent, Al Ahly could call on Tunisian fullback Ali Maâloul, Malian midfielder Aliou Dieng and South African forward Percy Tau, the highest paid player in Africa.

Even Wydad coach Walid Regragui implied prior to kick off that his side were the underdogs. "No one thought we would be here at the beginning of the year. We lost Ayoub El Kaabi, who is the second [he is the third] leading scorer in Turkey. Mohamed Ounajem, Walid El Karti and Simon Msuva all left at the beginning of the season too."

The exodus of attacking talent coupled with Libyan attacker Muaid Ellafi's injury meant that the Moroccans were placing all of their chips on attacking midfielder Aymen El Hassouni and dinged-up winger Zouheir El Moutaraji to conjure up moments of magic in attack.

How then, can anyone explain the difference in performance between the two sets of players when the match started?

The answer cannot be explained, it must be felt.

"I have been all over the world and have experienced so many different atmospheres on every continent. Until now, I've always said Genoa versus Sampdoria was the loudest match I attended. Now it's definitely Wydad fans whistling while the opposition has possession," said Martino Simcik, an expert on global fan culture, who travelled from England to watch the CAF Champions League final.

With so many variables, it may be impossible for sport psychologists to quantify the effect that home support may have on a match. But for anyone in attendance at this final, it was clear as day.

Wydad blitzed their opponents in the opening stages. Ahly players looked over to Mosimane, who tried communicating that they should advance the ball on the right-hand side of the pitch. But trying to communicate over the din was futile, limiting the coach's ability to make adjustments.

"I would really like to thank the supporters, they helped me a lot," Regragui admitted after the match.

Throughout the first half, decibel levels regularly broke into the low 90s, which medical professionals say may be dangerous if sustained for a long period of time. In such a sustained raucous atmosphere, scoring first is essential as real adjustments can only be made at the break.

El Moutaraji, who hadn't played in Wydad's previous three matches because of injury, collected a wayward pass and opened the scoring from 25 yards out with a wicked, dipping shot that beat Mohamed El Shenawy on his strong side. A spontaneous explosion of noise rang around the stadium, with the exception of the Curva Sud where the 1 000 Al Ahly fans fell silent.

The rest of the first half was fairly inconsequential. Al Ahly grew into the match and had the lion's share of possession, but could not engineer a chance from open play. Instead they tried long balls to Tau, which were expertly picked off by Achraf Dari.

Wydad sprang a counterattack that was concluded by the hero of the night, El Moutaraji, to make it 2-0. In North African derbies, a two-goal lead is particularly difficult to come back from as many sides have become expert time-wasters.

The final whistle understandably brought about two different reactions on the touchline.

Mosimane looked resigned. The coach had secretly been battling a stomach ailment for several weeks, but the disappointment of Al Ahly's recent poor results and the night's loss seemed to break through his stoicism and weigh on him.

Yet "Jingles" won't have much time to rue his misfortune. If the Red Devils finish this season with no silverware, he may be fired sooner rather than later. It would be a ruthless decision, but such are the habits at a club such as Al Ahly.

On the opposite touchline, Regragui showed emotion for the first time that evening, beaming while hugging his players tightly. The word on the street is that the 46-year-old has been groomed to take over the Moroccan national team after the World Cup, and this latest feather in his cap pushes him closer to that ultimate goal.

Changes to the competition are likely as CAF has hinted at returning to a two-leg final, following the controversy around the late announcement of the host city for 2022.

In any case, the expected changes would be temporary, as next year's edition may well be the end of the competition as we know it. As things stand, the African Super League is set to start in 2023, bringing with it many other uncertainties.