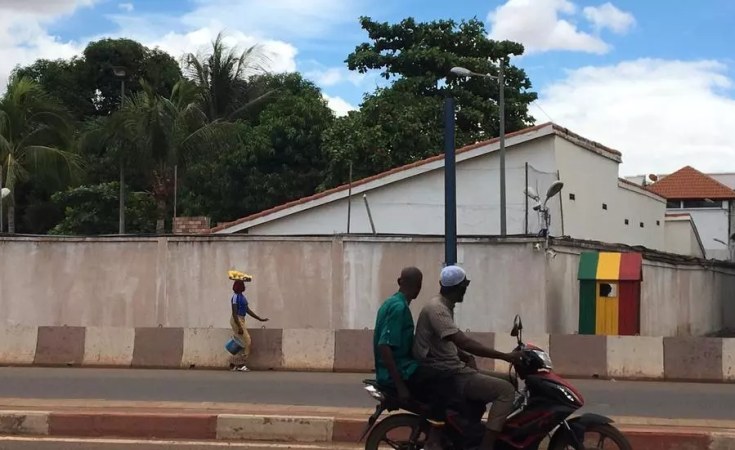 The UN says it is the sixth time a peacekeeping convoy has been targeted in less than a month. The West African country has been gripped by a jihadist insurgency for the past decade.

Two United Nations peacekeepers were killed and two more were injured on Friday when their vehicle hit an improvised explosive device in central Mali, the UN said.

The soldiers were from the Egyptian contingent of the 18,000-strong UN mission in the West African country.

UN spokesman Stephane Dujarric said the incident took place near the town of Douentza, on the road to Timbuktu.

"The intent is to disrupt the lives of the Malian people, to disrupt transport, to disrupt security," Dujarric said. "These roads are used by civilians, civilian trucks, civilian buses, but also by the security forces, whether it's the Malian army or UN peacekeepers."

He added that this latest incident marked the sixth time a UN peacekeeping convoy had been hit since May 22.

Friday's incident came after a series of other attacks on soldiers and aid workers.

Two soldiers were killed and nine were injured in an ambush in northern Mali on Thursday, Mali's army said in a statement. It said seven "terrorists" were "neutralized" after the attack.

Meanwhile, one Jordanian peacekeeper died and three others were wounded in an attack in the northern Kidal region on Wednesday. The UN said their convoy came under sustained fire from attackers using small arms and rocket launchers.

Separately on Wednesday, two Red Cross aid workers were killed in the west of the country when their vehicle came under fire from unknown assaillants.

Why are peacekeepers in Mali?

Jihadist groups have been waging an insurgency in Mali since 2012, but insecurity in the West African country has intensified over the past few months. The violence has also spread over the border into neighboring Burkina Faso and Niger.

Mali's military is supported in its battle against these rebel groups by a large UN peacekeeping mission known as MINUSMA.

Former colonial power France also deployed forces there in 2013 to help fight the insurgency. But souring relations with the ruling junta prompted Paris earlier this year to announce plans to withdraw its troops.

Mali has been led by the military since a 2020 coup unseated a democratically elected president. Under Colonel Assimi Goita, who is now serving as president, Mali has turned away from traditional ally France and has instead embraced help from Russia.

Germany, which makes up a significant part of the UN's MINUSMA mission, last month decided to increase its maximum contingent from 1,100 to 1,400 soldiers. It also extended participation in the mission for another year.

According to the MINUSMA website, the mission has lost 260 troops, many of them to roadside bombs and ambushes, since the mission began in 2013.