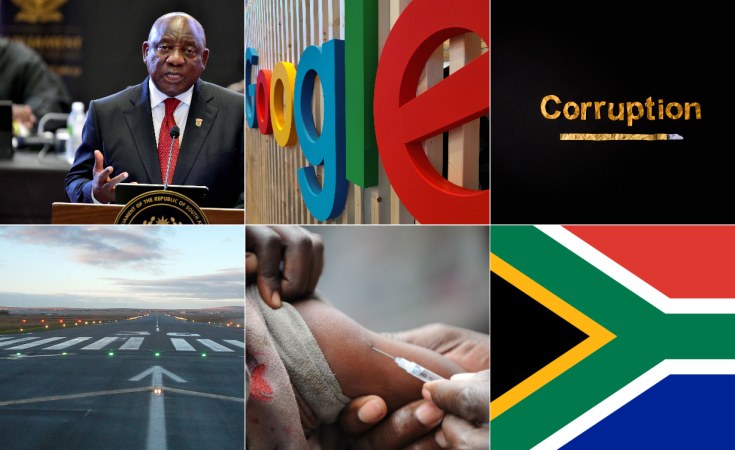 EFF MP Natasha Ntlangwini was kicked out of the National Assembly after calling President Cyril Ramaphosa a "money launder and a thief".

According to reports, the MP said toward the end of her contribution in the debate on Parliament's budget: "Mr Cyril Ramaphosa must step down, he is a money launderer and a criminal. "He will never have peace in this house." Meanwhile EFF leader Julius Malema has added his voice to the call for the president to step aside while the SA Police Services investigate the theft of over U.S.$4 billion from his game farm in Limpopo, which was never reported.

So What Were You Asking Google Search In Month of May?

While many South Africans searched for more information on big sporting events, national holidays and events impacting the economy based on Google search activity in May. Among the most pressing for cash strapped South Africans was the increase in the repo rate to 4.75%, while Monkeypox cases worldwide also piqued interest. High profile deaths like those of Hillary Gardee, daughter of former EFF Secretary-General Godrich Gardee who was found murdered, the death of Johannesburg mayor Mpho Moerane after a car accident and the death of actor Siyabonga Zubane also caused a frenzy. Questions on Mother's Day and Father's Day dates, as well as what Africa Day on May 25 is about were also asked.

The Gupta brothers, Atul and Rajesh, have been arrested in Dubai. The National Prosecuting Authority needs to work on ensuring their extradition to South Africa to face trial on the looting of State coffers, better known as State capture. The brothers have evaded any arrest until now. The depths at which State capture weakened South Africa's economy was first exposed by former public protector Thuli Madonsela in her report which implicated the Guptas together with their close friend, former president Jacob Zuma. Revelations at the Zondo Commission of Enquiry further revealed how various State entities like Eskom, Transnet and others were used for the purpose of enriching the Gupta family.

Things Up In the Air After Comair Grounds Planes

A cash crunch at Comair and their grounding of Kulula and British Airways flights, operated under licence, has seen a 40% cut in domestic seat capacity. While other airlines are adding flights to their rosters, filling the gap by finding additional aircraft, pilots and cabin crew will take time. The Competition Commission has also warned against price gauging by airlines on ticket sales during this time.

Health Minister Joe Phalla is calling for calm after four cases of measles - three in Tshwane and one on the west rand, were detected. Health authorities in the area are working to identify and vaccinate all contacts. There has been a global increase of 79% of measles cases. Measles is a highly contagious disease that is  caused by a virus which mainly spreads through infectious airborne respiratory droplets from infected persons when coughing or sneezing, the minister said.