Africans Are Fighting to Protect Our Oceans, Food and Jobs 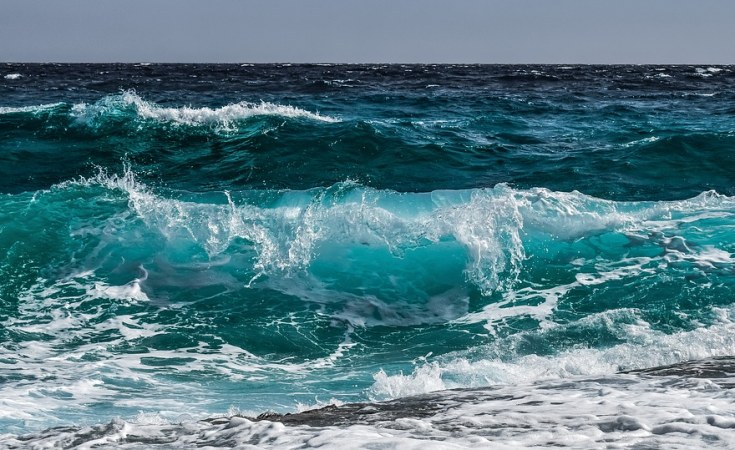 What a difference six months makes. Last December, there was a surge of environmental optimism when Olaf Scholz became Germany's Chancellor after pledging to "halt man-made climate change". Germany has also been one of the key countries to sign the COP26 statement on clean energy, committing itself to ending public support for foreign fossil fuel projects by the end of 2022.

But last month the same Olaf Scholz offered to help develop offshore gas production in Senegal in a project that would destroy a giant coral reef, use up to 1% of the world's 1.5C carbon budget and degrade West Africa's already vandalised marine environment.

Why the change of heart? Scholz says it's because Germany wants to become independent from Russian gas. But the only genuine way to end dependence on fossil fuels and advance democracy is by reducing their consumption altogether.

In Senegal there is enough sun and wind to share with the world, and those clean and sustainable energy sources are the only way to protect it from more climate disasters. If Senegal and other governments on the continent focused on that vital task, rather than handing over dirty gas and oil contracts to European big business, then those sustainable industries would also create millions of skilled, well-paid jobs across Africa.

Last month the former heads of the African Development Bank and the World Trade Organisation described how Europe and Africa would both benefit from EU investment in African green energy.

But instead, the EU is enabling the German government's scramble for Senegal's gas. After lobbying by the fossil fuel industry, the EU Commission has made the anti-science decision to label fossil gas - which is the single most polluting fuel in Europe - as "sustainable".

And whatever the EU offers to buy, Macky Sall - Senegal's President and current chair of the African Union - is enthusiastic to sell. That is dangerously short-sighted.

Every single Euro that goes into fossil fuel energy is sponsoring the next drought, flood, or heatwave, and this extreme weather is expected to affect Africa faster and more severely than the rest of the world. The likely consequence of this environmental degradation will be people losing their livelihoods and emigrating illegally, and dangerously.

This kind of exploitation is horribly familiar. Right now, fish from seas where Scholz and Sall want to drill for gas - fish that should be the basic foodstuff of West Africans - are being plundered, and sold as food for farmed fish, animals and pets in Europe, the US and China.

The number of jobs this industrialised fishing sector creates is tiny. Meanwhile the number of jobs it destroys and threatens by ruining fish stocks is enormous, and the human impact of how it forces up food prices is devastating.

And on top of that, the Scholz and Sall offshore gas exploration now threatens the sealife that West Africans depend on in whole new ways. Seismic blasts and deep-sea drilling operations could impact catch rates by exposing the increasingly threatened fish of the region's seas to extreme noise levels and pollution.

But Africans are fighting to protect their ocean, their food and their jobs. On 8 June - World Ocean Day - fishing communities and civil society groups across West Africa united in a day of protest against the fishmeal and fish oil industry and the politicians that have enabled it. This movement has already forced governments in Mauritania and Senegal to make political concessions - though only time will tell how real those were - and the issue is now a vital one across society and the media. If European big business now starts ravaging their seas with offshore gas platforms, West Africans will fight back against them too.

In South Africa the message is the same: our oceans are not for sale. There, Greenpeace and others are waging a battle against Shell to stop its plans for offshore seismic blasting.

Will Scholz and Sall get the message? The former may think his gas plan is an easy answer to a complex geopolitical puzzle, but he's just created a whole new problem for himself, while in Africa we're fighting back against the new colonialism of fossil fuel extraction and climate catastrophe.

Ba is with Greenpeace Africa

Previous Story
The Great Fish Robbery
Next Story
Let's Care for Our Oceans Together, Urge Co-Hosts of UN Conference on #WorldOceansDay

Let's Care for Our Oceans Together, Urge Co-Hosts of UN Conference on #WorldOceansDay