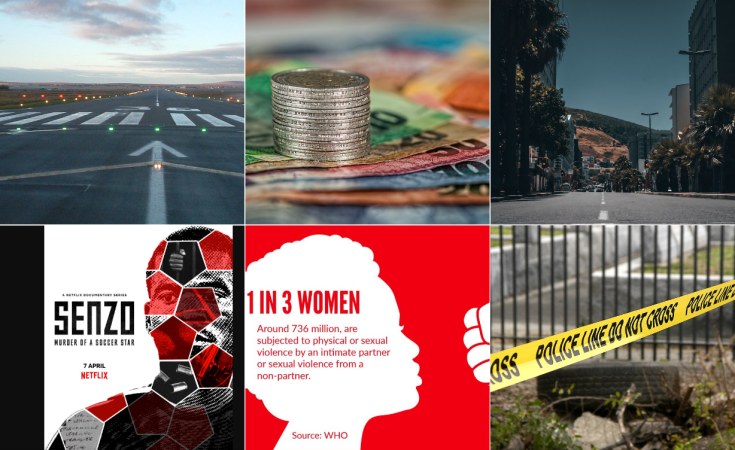 Comair business rescue practitioners have approached the courts to change the airline's business rescue application to a liquidation application. Comair, which runs British Airways under licence, as well as Kulula.com,  has left a huge gap in the air travel market since it closed its doors on June 1, 2022, with the hope of attracting funders. The practitioners notified all creditors that they  no longer believe there is a reasonable prospect that the company can be rescued.

No R350 Grants Paid for April, May SASSA Admits

The 350 Covid-19 grant paid to eligible unemployed South Africans at the height of the Covid-19 pandemic, was not paid to recipients for April and May 2022. The government is according to reports, putting new processes in place. Over 10 million people have applied for the new round of the grant and SASSA says it hopes to pay those in mid-June after the payment of other grants.

Police are being deployed nationally amid threats of a national shutdown on Friday June 10, 2022. According to social media, the calls for mass protests are linked to rising fuel prices. Taxi associations meanwhile are distancing themselves from the calls to protest.  In a statement, the police said they were aware of "unsigned messages and posters circulating on various social media platforms calling for a national shutdown". According to reports, the  South Africa's National Joint Operational and Intelligence Structure (NATJoints) said that law enforcement officers have been deployed and are on high alert. The structure said that no applications for permits to protest were submitted to necessary authorities by any grouping.

Senzo Meyiwa - goalkeeper and captain of Orlando Pirates and the national soccer team - was murdered at the home of his girlfriend Kelly Khumalo in Vosloorus on October 26, 2014. The arrest and trial of the five alleged suspects is still nowhere close to determining what happened that day, or who pulled the trigger. Among the bombshells delivered in court, the defence accused the police of shoddy work and contaminating the crime scene. It has also been alleged that Khumalo shot Meyiwa by mistake and that the crime scene was cleaned before the police arrived. The case was also postponed as the court deliberated over the presence of Netflix filming of the trial, which was allowed to continue. The trial has been postponed again until June 13, 2022 for the State to study a second case docket that emerged this week, which implicates Khumalo and others.

South Africans have been appalled at the shocking video of Jaco Swart viciously assaulting his estranged wife at their car dealership north of Pretoria. Swart was handed a R20,000 fine and a suspended prison sentence for the attack. The case came to light after the court struck the case from the roll and Nicoleen Swart approached AfriForum's Private Prosecution Unit for help. AfriForum said the sentence was shockingly inappropriate. It said that the NPA didn't fight to have video evidence submitted during sentencing arguments. Some of the brutal assaults occurred in front of their two young children in 2018. NPA spokesperson in the Pretoria division Lumka Mahanjana reportedly said: "this is not a bad sentence, he (Jaco Swart) was sentenced to a fine of R20 000 or alternatively three months in jail and a further three years' imprisonment suspended for five years."

A student teacher who was shot in the head at the  Riverdene Secondary School in Newlands West has died of his injuries. Police said the teacher had been on his way to school on Tuesday June 7, just after 7am when three men in a black vehicle opened fire on him.

Teachers' union NAPTOSA's KZN branch condemned the incident and called for more security at schools - a request that has fallen on deaf ears, it said.