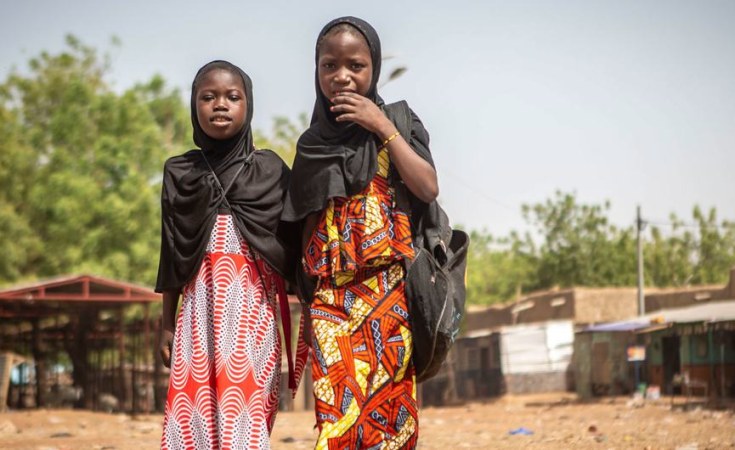 Long-term uncertainty related to the length of the transition period in Mali has made it even more difficult to achieve progress on implementing the 2015 peace agreement, the top UN official in the country told the Security Council on Monday.

El-Ghassim Wane, Special Representative of the Secretary-General for Mali, urged ambassadors to support the renewal of the mandate of the UN Mission there, MINUSMA, which he heads.

Although the West African country continues to face political, security and humanitarian challenges, "they are far from being insurmountable," he said.

"If anything, the Malian people... harbor a deep aspiration for reform, transparent governance, and accountability. These aspirations and the forces driving them, including civil society, have shown great resilience and deserve the full support of the international community," he told the Council.

MINUSMA has been actively involved in efforts aimed at overcoming the deadlock over the transition to civilian rule in Mali, where the military seized power in a coup nearly two years ago.

The 18-month political transition was supposed to conclude in March of this year, prompting regional bloc ECOWAS to impose sanctions on the country.

Last week, the authorities announced that the timetable would be extended to 24 months, effective from March.

"During the coming period, MINUSMA will pursue its efforts in support of a consensus exit from the crisis and, as needed, it will continue to provide support to set up a detailed electoral timetable, as well as a robust monitoring mechanism and the creation of an appropriate climate for the holding of free, regular and credible elections," said Mr. Wane.

MINUSMA has also supported preparations for a high-level meeting, first planned for last October, to finalize details on the government's proposal to reintegrate some 26,000 combatants into the State forces, in addition to institutional reforms.

Meanwhile, insecurity remains a concern in Mali. Mr. Wane paid tribute to peacekeepers who have died serving with the UN Mission since it was established nearly a decade ago.

"Their ultimate sacrifice illustrates the challenges and complexities we face and further underscores the need to ensure that the Mission has the requisite capabilities, including armed and utility helicopters," he said.

The security situation remains volatile, particularly in central Mali, and along its borders with Burkina Faso and Niger, known as the Liptako-Gourma region.

A marked deterioration in the tri-border area has affected the Ménaka and Gao regions in northern Mali. Attacks by self-styled Islamic State terrorists have left hundreds dead and displaced thousands more, at a time when French and other European forces are redeploying from the area.

"I was in Ménaka two weeks ago and saw first-hand the impact of this developing situation. My interlocutors did not rule out an attack on Ménaka town where 5,000 IDPs (internally displaced persons) have to date sheltered," said Mr. Wane.

"Should this scenario come to pass, the MINUSMA base is likely to be perceived as the last haven for civilians fleeing violence. With limited Malian forces in the area and only some 600 peacekeepers available to protect civilians, UN personnel and assets, MINUSMA's ability to mount an effective response is limited."

This ability to adjust quickly in response to a threat is just one example of how peacekeepers have become more proactive in their operations, Mr. Wane said.

Elsewhere, they are also prioritizing civilian protection through long-range patrols in parts of Gao region, and establishing temporary operating bases in Ansongo, a town there, and in Ogossagou, located in the central Mopti region. Peacekeepers have also been deployed along main roads and supply routes to both ensure freedom of movement and deter terrorist attacks.

Mr. Wane told the Council that in central Mali, insecurity continues to be driven by a combination of intercommunal conflicts, long-standing governance issues, and the activity of violent extremists, targeting civilians, Malian forces, and MINUSMA.

The Malian army has stepped up operations in the region, which is home to more than 30 per cent of the population.

"While there has been undeniable improvement in some areas, and a concomitant weakening of the extremist groups, the latter continues still to conduct frequent attacks against Malian and MINUSMA forces as well as civilian populations suspected of collaborating with Malian forces," he said.

The envoy outlined two factors critical to the success of Malian-led operations, stating that they must first be anchored in an approach that addresses the institutional, governance and socio-economic challenges conducive to the spread of violent extremism.

"In this respect, progress has been made towards developing a Malian politically-led strategy," he said, highlighting MINUSMA's support to the process.

Military operations also must be undertaken with due regard for human rights and international humanitarian law, which Mr. Wane said, is absolutely essential for successful counter insurgency.

He reported that during January through March of this year, there was a sharp increase in human rights abuses during military operations, when compared with the previous quarter.

"The list of presumed perpetrators of human rights abuses continues to be led by extremist groups, but has unfortunately seen a rise in violations associated with operations by the Malian defence forces allegedly supported by foreign security personnel in central Mali," he said.

Additionally, more than 1.8 million people will be in immediate need of food aid by August, the highest level since 2014. However, a $686 million appeal for the country is only around 11 per cent funded.