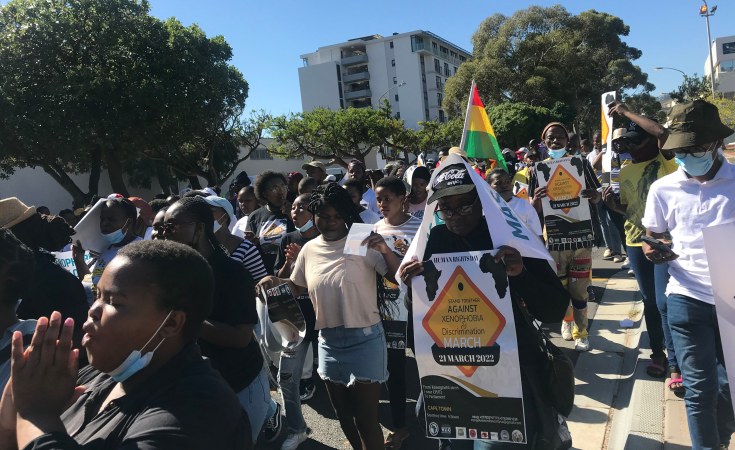 The Right2Know Campaign and the Gauteng Housing Crisis Committee have won their case against the City of Johannesburg about the levying of fees on protest organisers.

South Africans should be entitled to rely on government for the supervision of gatherings to ensure public safety and adequate traffic control free of charge, the judge said.

Fees levied by the City of Johannesburg on organisers of protests and pickets are unconstitutional, Johannesburg High Court Judge Margaret Victor has ruled.

"As a constitutional democracy, it is imperative that we move towards a position of facilitating rather than oppressing those who seek to exercise their constitutional rights to protest.

"This is indeed a matter of public concern, and it is my hope that this judgment will have implications for the exercise of the right to assemble, for the applicants, and for the public at large," Judge Victor said.

The application was launched by the Right2Know Campaign (R2K) and the Gauteng Housing Crisis Committee with the assistance of the Centre for Applied Legal Studies, on the basis that the levying of fees - sometimes as much as R15,000 - stymied the constitutional right to protest.

The applicants argued that many protests represented people who were unemployed and poor -- and were organised by "working class activists" who wanted to highlight "bread and butter" and service delivery issues.

The levying of a fee by the Johannesburg Metropolitan Police Department (JMPD) and the City of Johannesburg, posed a real risk of people being deterred from exercising their constitutional right to assembly, demonstrate, picket and petition, it was argued.

They said the request for a fee was presented "as though it was a precondition for approval". This was not authorised by the Gatherings Act.

The City and the JMPD opposed the application: They argued that the City has legislative power through the Municipal Systems Act to levy fees for services, such as the need for increased traffic policing as a result of protests. They said all non-governmental and non-profit organisations were given an 80% discount.

They denied that the payment of the fee was conditional for approval for the event to go ahead.

In her ruling, Judge Victor cited the Constitution: "Everyone has the right to peacefully and unarmed, to assemble, to demonstrate, to picket and present petitions."

She said the right had earned its place in South Africa's Constitutional democracy in part, because of the role protests play in holding government accountable.

"It is not a right that can be easily limited ... and the manner in which government regulates protests must ultimately be compatible with the Constitution.

"This application brings to the fore the fact that those wishing to exercise (that right) are subject to the ... tariff determination policy in terms of which a fee is levied from the convenor which can range between R170 and R15,000."

The judge said the Gatherings Act regulated the process to be adopted before proceeding with a protest, including that an application had to be made with the relevant municipality. It was silent on the fees issue.

"The applicants argue that the right to protest necessarily includes the right to protection by the state, thus the respondents' argument that they charge fees in order to provide traffic policing measures is untenable," said Judge Victor.

Judge Victor said municipalities, the linchpins of local governance, must be capable of levying fees for certain services. However, she said, the Municipal Systems Act was extremely broad and did not make mention of any power to levy fees in relation to protests.

This amounted to a municipal attempt to "regulate protests".

And the Gatherings Act was the primary legislation governing the right to assemble, not the Municipal Systems Act.

"I am of the view that the supervision of gatherings to ensure public safety and adequate traffic control constitutes one of the core services that South Africans should be entitled to rely upon.

"Importantly, they should be entitled to do so free of charge," the judge said.

She said the respondents had attempted to rely on "lack of resources". To this she said: "Ours is a constitutional democracy that has chosen to advance the project of human rights. This comes at a cost, and not one that shall fall upon the shoulders of the most marginalised among us."

Judge Victor said that the submissions of the respondents - that no payment does not mean that no protection is offered and that the South African Police Service was still deployed for crowd control purposes - did not satisfy her concern that those who did not pay, were given a "lesser quality of rights".

She ruled that the levying of fees in terms of the City's tariff determination policy for the holding of gatherings was unconstitutional.

She ordered that the declaration of unconstitutionality be effective from the date of the order, 10 June 2020, and that the City pay the costs of the application.

Fikile Mbalula is going after us for R2 million. We must be doing something right. Support news that matters. Please donate to GroundUp.