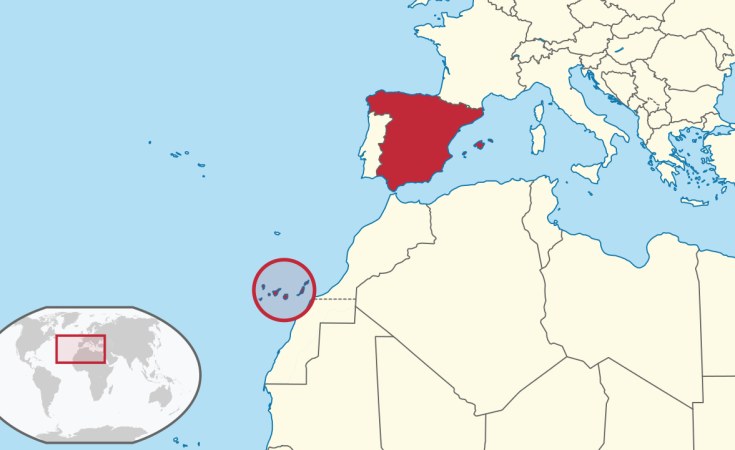 Throughout 2020, 23,023 irregular immigrants arrived on the coast of the Canary Islands, 757% more than the previous year. In 2021 the figure fell slightly to 22,316 people but it is still much higher than previous years.

The data collected from 2020 indicates that apart from the migrants who reached the Canary Islands, or who were rescued, about 1,500 stayed on the road and about 600 died through drowning or dehydration .

The migrants left from the coasts of West Africa especially from Senegal but also from the Ivory Coast, Morocco, the Sahara or Mauritania.

This increase in the arrival of migrants has been viewed more as an institutional and organisational migration crisis in the receiving country than as a manifestation of important problems in the countries of origin.

Very little attention has been paid to the reasons that motivated and continue to motivate the increase in the arrival of migrants.

In a recent study, I analysed the triggering factors of this migratory tragedy. I have focused on three essential aspects that are operating synergistically: climate change, overfishing and the COVID pandemic.

Climate change is strongly affecting West Africa. It is generating impacts on agriculture by reducing harvests and fishing, with reductions of 4 to 8% in catches. It is accelerating coastal erosion , which affects buildings. It also affects beaches, tourism and fishing infrastructure.

This strong incidence is due to the vulnerability of the region and its low adaptive capacity although its contribution to the causes that are triggering climate change is very low.

In conclusion, climate change has an effect on essential economic activities that not only reduces the possibilities for the population to prosper but also leads to worsening conditions, which becomes a factor that supports the option to migrate as an alternative to improve the quality of life.

The fisheries sector is essential in West Africa. It employs more than 1.7 million people directly and 6.7 million indirectly. There is an artisanal fishing sector which employs the vast majority of workers and is growing continuously. Then there is the industrial sector which operates with a smaller number of workers but is still a significant contributor in terms of weight of catches.

There is a broad consensus that West Africa's fish stock is over exploited . The depletion of fish stocks in other parts of the world has increased the pressure on this area and as a consequence, more than a third of the stocks are exploited in an unsustainable way.

Illegal fishing on the banks of the eastern Atlantic reaches 37% compared to a global average of 18%. Most of the industrial fleets operating in the area belongs to the European Union, China, Russia, Taiwan and Korea. Although these fleets operate through fishing agreements, most of their activities are not legal: between 2000 and 2010 the EU declared only 29% of their extractions and China, 8%.

In addition, fishing agreements have drawn criticism for depleting fish stocks without promoting local development. After analysing 15 years of fishing agreements between Senegal and the EU, some authors conclude that the balance is clearly negative from an environmental and social point of view.

These conclusions are not new: in 1997 a report by the European Parliament indicated that these agreements undermined the development policy of the European Union and that they did not promote the economic and sustainable development of the countries. Even so, the European Commission considers them essential for maintaining the activities of the community's fishing interests.

The COVID pandemic has claimed numerous victims and has left the region without tourism and left economies in recession. In countries like Senegal, tourism is the second largest sector after fishing. The fall in tourism in 2020 was dramatic and greatly affected the coastal areas. It also added to the fishing crisis.

West African countries depend on the export of a few products, so they are greatly affected by changes in their prices or demand. Among others, the pandemic reduced the demand for luxury fish products destined for restaurants and events while the price of basic products reduced.

In 2020, a reduction of 16% in exports and 30% in the arrival of remittances from migrants living in the European Union was calculated for Senegal. As a result, a 3.6% contraction of the regional economy was projected.

All these problems affect countries with a young population and a strong growth rate as youth unemployment is rife and almost half of the population live below the poverty line.

Migration in the region has evolved over time and is currently a form of social advancement for young people and a way of helping the family. Remittances are essential in the regional economy especially for the poorest households.

The lack of alternatives, together with a large fleet of pirogues (local canoes) ready to leave pushes migrants towards the uncertain Canarian route. Migration has traditionally been associated with fleeing from violence or poverty but aspirations for a better life also play an essential role.

The EU's concerns regarding migration are above all, border control and the return of migrants to their countries of origin. However, greater border control forces the use of irregular routes such as that of the Canary Islands.

It is essential that this policy focuses less on borders and more on aid to adapt to the effects of climate change. They must also enact development policies to achieve a local and sustainable fishing industry, focus on massive support in vaccination against COVID and in helping countries affected by the loss of income associated with the drop in tourism. Then, perhaps young Africans can have better expectations and not be forced to risk their lives at sea.