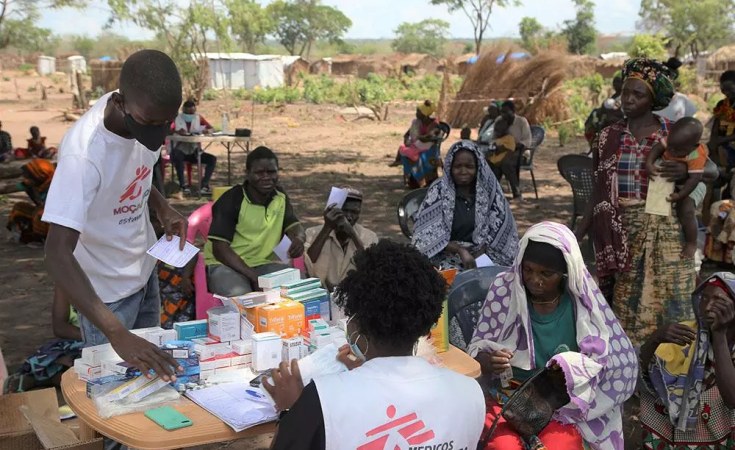 Maputo — The General Commander of the Mozambican police, Bernadino Rafael, has confirmed that military escorts were organized on Sunday and Monday for vehicles entering and leaving Pemba, capital of the northern province of Cabo Delgado, according to a report in Thursday's issue of the independent daily "O Pais".

The escorts were briefly introduced following attacks by islamist terrorists in Ancuabe district. The first Ancuabe attack was against the village of Nanduli, about 100 kilometres from Pemba, on 5 June. Over the past weekend, the terrorists came much closer with attacks on Intutupue and Nipataco villages, some 50 kilometres from the city.

This situation made military escorts sometimes necessary. "You must forgive us", Rafael said. "This situation, which interferes in the lives of citizens, will always happen when we feel there is danger. Nobody will like this, but sometimes we are obliged to act to prevent evil".

But the Permanent Secretary of the Defence Ministry, Casimiro Mueio, was quite unaware of any military escort. On Tuesday, he told "O Pais" that he had no information of military escorts being organised on Sunday and Monday. "I don't think there are any escorts", he said.

Terrorist groups also appeared in Metuge district, 40 kilometres from Pemba, which precipitated an exodus of frightened villagers, looking for safety. On Tuesday night, according to the newssheet "Mediafax", there was an attack against the Mieze administrative post, in Metuge, in which two vehicles were destroyed and three houses were burnt down.

The police, however, denied there was any connection between this attack and the earlier raids in Ancuabe, and regarded the Mieze incident, despite the considerable damage, as "a common crime".

In Mecufi district, south of Pemba, there are reports that at least one person was beheaded in a terrorist attack. In fear of further terrorist attacks, people are now fleeing from their villages, in search of safety.

Previous Story
Tagged:
Copyright © 2022 Agencia de Informacao de Mocambique. All rights reserved. Distributed by AllAfrica Global Media (allAfrica.com). To contact the copyright holder directly for corrections — or for permission to republish or make other authorized use of this material, click here.