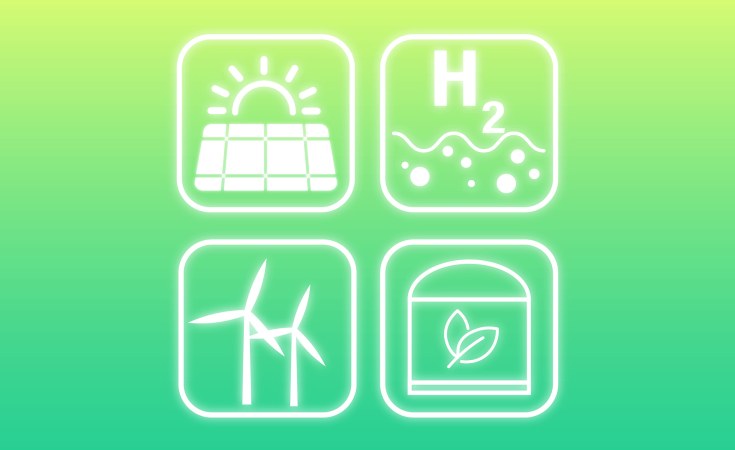 This week, the Angolan state energy company Sonangol and two German companies, Gauff Engineering and Conjuncta, signed a memorandum of understanding to construct a factory.

The proposed plant is expected to produce around 280,000 tons of green ammonia for export starting in 2024.

Green hydrogen proponents view it as the silver bullet to make Germany's economy climate-friendly. The Ukraine war has made the need even more urgent.

According to comparison portal Verivox, electricity prices in Europe's biggest economy rose by almost 20% in the second quarter of 2022. Gas has become almost twice as expensive.

Thus, the Angola project is crucial from the two German companies' perspectives.

Green hydrogen as an alternative

According to Sonangol, Angola has considerable potential to produce green hydrogen.

According to estimates, Angola has untapped water reserves. The Southern African nation uses only 5% of its 47 major water catchment areas.

Diamantino Pedro Azevedo, Angola's minister of mineral resources and petroleum, told DW that the Angolan government had set a goal of increasing renewable energy sources to 70% by 2025.

"This shows that Angola has great potential for the development of hydrogen projects and also has infrastructure that will allow us to develop the project with some speed and quality," he said.

But these renewable energy sources are hardly used: In 2018, the continent generated about 180 terawatt-hours (TWh) of electricity from renewable sources -- less than 0.02% of the estimated potential.

As a result, there is growing interest in green hydrogen from Africa -- and not just from Angola.

Last year, the German Ministry of Research and Education presented a study of where green hydrogen could be produced in Western and Southern Africa.

The German government has pledged €40 million ($41.9 million) for a national strategy to develop green hydrogen in Namibia. In addition to Angola, Germany has also set up a hydrogen office in Nigeria.

But such projects come with risks, says energy expert Nweke-Eze.

"It is important that we adhere to sustainability criteria in the production of green hydrogen," he said.

According to the energy expert, pursuing renewable energy must not sacrifice economic growth, industrialization, and development in these countries for the energy transition.

He said that it is essential that new jobs created by the project remain in Angola and that knowledge and expertise in the green hydrogen field are shared.

The lack of energy security is also a risk factor, he noted.

According to the International Energy Agency (IEA), at least 77% of Africans are not connected to the power grid.

"So you still are battling with issues regarding energy security. So you want to solve that first," Nweke-Eze said.

"Green hydrogen then becomes really feasible in areas where they are complementary to already existing efforts for energy development and energy security."

Moreover, green hydrogen production consumes a lot of water. At the same time, some regions of Africa suffer from dire water shortages.

Only 24% of the population in Sub-Saharan Africa has access to safe drinking water, the United Nations estimates.

"We need to make sure that water sources for green hydrogen production do not compete in any way with other uses of fresh water," Nweke-Eze cautions.

"Angola has enough clean water. You don't need to desalinate seawater to get the water you need."

Desalinated seawater, however, could also be used. With enough water, energy producers could generate about 120,000 TWh of green hydrogen each year in West Africa alone.

Germany will need about 745 TWh in 2030, according to the German Renewable Energy Federation.

But there is another problem: Transportation. So far, sea transport has been considered the most cost-effective: Pipelines could be much cheaper for shorter distances.

But currently, there are mainly pipelines transporting natural gas from North Africa to Europe or the Middle East.

The West African Gas Pipeline (WAGP) network -- which transports gas from Nigeria to neighboring Benin, Togo, and Ghana -- does offer the potential for hydrogen transport.

And the recently launched Nigeria-Morocco pipeline project could potentially be extended to Europe.

So before large quantities of hydrogen can be exported from Africa to Europe, a lot still needs to happen.

But Nweke-Eze said he is cautiously optimistic.

"Germany has been playing a role in sub-Saharan African countries. But we are hoping that this can increase in the future in a more balanced partnership," he said, adding that when that happens, nothing will stand in the way of the flow of green energy from Africa to Europe.