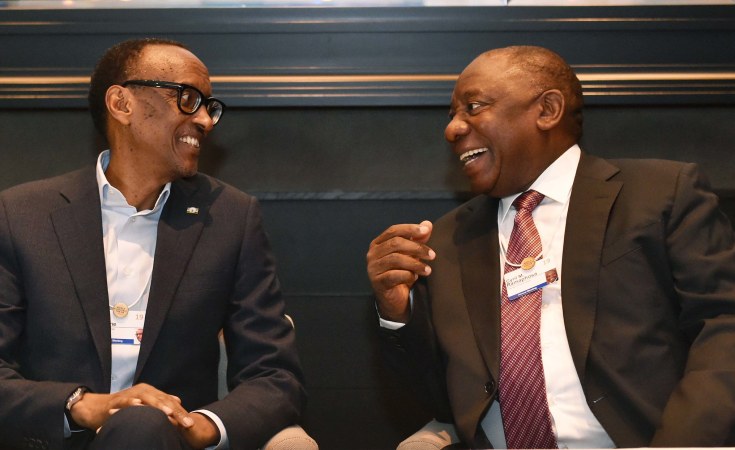 South Africa's President will not be able to attend this week's Commonwealth heads of government meeting in Kigali. But his office insists it's no snub to Rwandan President Paul Kagame -- it's just that his diary is full.

Cyril Ramaphosa's office insists that the President is not missing the meeting of Commonwealth heads of government this week because of any bad blood with Rwanda, but because he has meetings at home and abroad that he cannot miss.

The big event runs from Monday, 20 June, to Friday, 24 June. It will be attended by Britain's Prince Charles on behalf of Queen Elizabeth, the titular head of the Commonwealth and UK Prime Minister Boris Johnson, along with many other leaders of the 54-nation group of mostly former British colonies.

Rwandan President Paul Kagame has spruced up the capital Kigali, seeing this as a great opportunity to showcase his country's relatively successful development.

The official summit agenda will focus on climate change, recovery from the Covid-19 pandemic and the global fallout from Russia's war against Ukraine. But human rights activists have urged the leaders to press Kagame to stop persecuting his critics.

South Africa has a particular grievance against Rwanda...