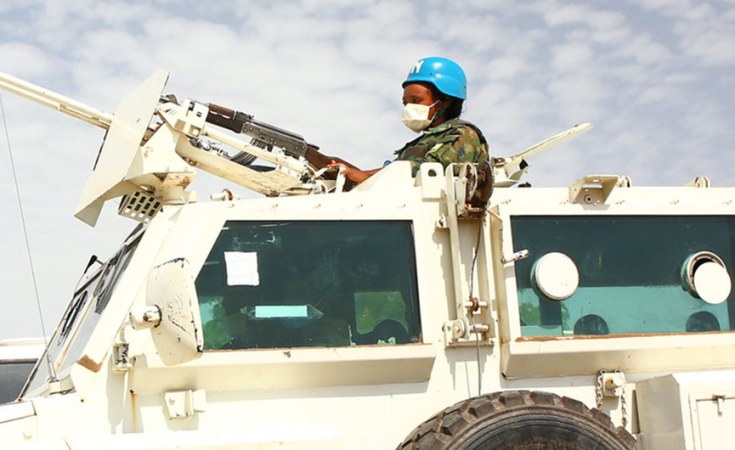 With eight months remaining, the window of opportunity is closing for South Sudan to meet critical benchmarks required to complete its transition away from long-running civil conflict, the Special Representative for the country told the Security Council on Monday, pressing parties to the November 2018 peace deal, to implement their commitments in letter and spirit.

"This includes the full and proper participation of women in all the mechanisms contemplated by the [Revitalized Agreement on the Resolution of Conflict in South Sudan]", said Nicholas Haysom, who is also Head of the UN Mission there (UNMISS).

SRSG Haysom at UNSC: Renewed legislative activity is noticeable following completion of the formation of the reconstituted transitional legislature, at national & state levels - political differences are fought out in Parliament rather than outside of it; this is welcome progress pic.twitter.com/4jFsqLILez-- UNMISS (@unmissmedia) June 20, 2022

Despite delays, he said progress has been made. The parties overcame a critical impasse to reach a breakthrough agreement on a single joint command structure for the Necessary Unified Forces on 3 April.

The formation of the reconstituted transitional legislature at national and state levels, is now completed, and renewed legislative activity and debate is noticeable.

"The fact that at least some of the political differences are fought out in Parliament rather than outside of it, is a welcome development," he added.

Further, he said the National Constitutional Amendment Committee's recent mandate extension will now allow for the review of the National Elections Act - a prerequisite for launching the electoral and legislative frameworks - Parliament's adoption of a national budget for the year 2021/22, after a nine-month delay, will allow for more advances.

A call for leadership, resources

"What is needed is national leadership, resources and a visible commitment by South Sudan's leaders to fulfil their responsibilities under the peace agreement," he clarified. He pressed parties to take the steps necessary to exit the transitional period.

Specifically, he urged them to agree on a roadmap - as called for by the African Union, the Intergovernmental Authority on Development (IGAD), the Reconstituted Joint Monitoring and Evaluation Commission and the United Nations - for the completion of outstanding tasks.

These include the graduation and deployment of the Necessary Unified Forces, the approval of pending legislation for the constitution-making process and national elections, and critical reforms of the security, judicial and financial sectors.

"The sheer magnitude of the tasks ahead requires the international community's full and unrestricted attention," he assured.

Turning to the scale of simmering violence across the country - which now spreads from north to south and east to west - he said that in Eastern and Central Equatoria, Unity, Warrap and Jonglei states, as well as the Abyei Administrative Area, violence civilians have endured multiple attacks, fuelling a cycle of cattle raiding, abductions, revenge killings, and gender-based violence.

He said that in this year alone, more than 80 per cent of civilian casualties have been attributed to intercommunal violence and community-based militias.

While UNMISS is deploying an increasingly mobile and robust posture, "quite frankly, we cannot be everywhere." The three-year strategic vision requested by the Security Council, continues to be the framework for its integrated efforts, he assured ambassadors.

Ghada Mudawi, Acting Director of the Operations and Advocacy Division at the Office for the Coordination of Humanitarian Affairs (OCHA), said "most humanitarian indicators have deteriorated" since late 2021.

As localised violence continues, displacement and fighting over resources such as cattle have followed. Women and girls are at serious risk of gender-based violence.

"When it gets as bad as in South Sudan, the spectre of sever hunger and even famine results," she pointed out, noting that South Sudan now faces a fourth year of above-average rainfall that has disrupted the agricultural season and constrained food production.

With over two million South Sudanese internally displaced and 2.3 million living as refugees, she urged the Government to address the issues keeping people in a holding pattern of displacement: insecurity, the presence of explosive hazards, a lack of basic services and unresolved housing, land and property issues.

Against that backdrop, she assured that humanitarian partners are "committed to stay and deliver".