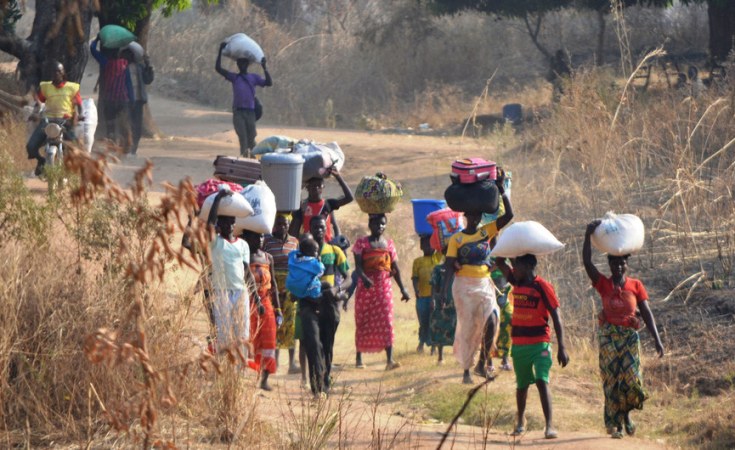 Lóvua — The Angolan Government and the United Nations High Commissioner for Refugees (UNHCR) are creating conditions for resuming the repatriation of refugees from the Democratic Republic of Congo sheltered at Lóvua locality, in Angola's north-east region.

According to the head office of UNHCR in Lunda Norte Province, Chrispus Tebid who made this statement on Monday during the celebration of World Refugee Day, the resumption of the process happens because ethnic and political conflicts in DRC have been overcome, especially in Kassai region.

He disclosed that there's a survey in progress to find out the number of refugees that want to return to their country of origin, being conducted by the Angolan Government and with the UNHCR assistance, adding that those who wish to remain in Angola, due to several reasons, will still be assisted.

The Lunda Norte provincial government gave reassurence that it will keep working with its partners, particularly the UNHCR, aiming to develop projects for social and economic reintegration of refugees, especially in agriculture and professional training.

However, in June 2017 Angola recorded the highest migratory flow observing the entry of 31,241 DRC citizens, due to the political and ethnic conflicts in that country. However, in 2018 it was recorded the voluntary return of 11,758 citizens.

In August 2019 it was recorded the spontaneous repatriation of 14,724 refugees who decided to leave the Lóvua field to return to DRC.

This attitude prompted a tripartite meeting between the Governments of Angola and DRC and UNHCR, whose agreement opened up a new repatriation process by which 2,912 refugees returned to their country of origin.

This process was suspended because of the unexpected emergence of the Covid-19 pandemic.