Nigeria: Monkeypox in Nigeria - Is There a Case for Vaccines? 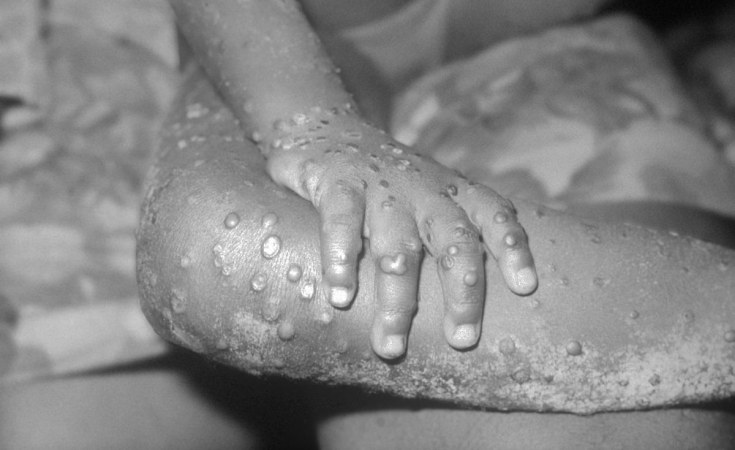 The current epidemiology and spread of monkeypox

The spread of monkeypox to apparently non-endemic countries has highlighted again the inequity in the global response to the infectious disease outbreak. Monkeypox is considered "endemic" in a few countries in Central and West Africa, including Nigeria where the disease re-emerged in 2017 after about 39 years and has since been reported annually. However, cases have recently been reported in states that have previously not reported any cases, as well as in countries in West Africa that have previously not reported cases. The spread of cases to new countries in Africa, deserves as much attention as the spread of cases in "non-endemic" countries.

However, the recent spread of monkeypox to countries in Europe, America, Eastern Mediterranean, and Western Pacific Regions was described as "unexpected". Between 1 January and 15 June 2022, 2,103 laboratory confirmed cases, one probable case, and one death have been reported to WHO from 42 countries in five WHO Regions. The World Health Organization (WHO) is convening an emergency meeting on the 23rd of June, to assess whether this unusual spread constitutes a public health emergency of international concern.

In Nigeria, 141 suspected and 36 confirmed cases have been reported in 2022, with the majority in Rivers, Bayelsa, Lagos and Delta States. The testing capacity in Nigeria has remained limited, with the Nigeria Centre for Disease Control (NCDC) National Reference Laboratory being the only facility in the country with the capacity to diagnose monkeypox cases. The logistics of getting samples from around the country to Abuja for testing, is incredibly challenging and it is likely that there are many more cases in Nigeria that are going undetected. The same may be the case in other African countries that have even less diagnostic capacity.

What many people may not know is that those that are old enough to have received a vaccine against smallpox, are also protected from monkeypox as these two viruses are very closely related to each other. As a child, I often wondered about the scar on my father's arm -- a mark of his vaccination against smallpox. With the eradication of smallpox in 1980, the need for smallpox vaccination became redundant and was stopped around the world. The eradication of smallpox is strongly attributed to an effective vaccine, a strong strategy and enabled by public health measures that included low-tech strategies.

Have vaccines for monkeypox always been in existence?

Like smallpox, monkeypox is caused by viruses that belong to the genus of Orthopoxvirus. Scientists have conducted research studies that found the vaccines licensed to prevent smallpox are about 85% effective in preventing monkeypox, when properly administered. Previous investment in research & development (R&D) against smallpox has meant that the world is better placed in having an available vaccine for monkeypox.

The global inequity in access to vaccines, therapeutics and diagnostics is being witnessed again with high-income countries stockpiling and administering vaccines against monkeypox within weeks of confirmation of the disease. WHO does not recommend mass vaccination against monkeypox, however the vaccine is recommended for contact of cases, health workers at risk, laboratory personnel performing diagnostic testing or research for monkeypox, and others who may be at risk as defined by individual countries. Therefore, as negotiations for vaccine supply begin, there must be accompanying efforts to raise demand among the target population most at risk.

The United States (US) has begun to offer the vaccines to contacts of cases. In the United Kingdom (UK), the vaccine is offered to contacts of cases and as a preventive measure to health care workers in high risk settings. France, Germany, and Denmark are examples of countries that have begun to place orders for monkeypox vaccines. No African country has to date begun any vaccination campaign against monkeypox.

There are several lessons to be learned from Nigeria's most recent population-wide vaccination exercise. Despite efforts by the Nigerian government to ensure the availability and accessibility of COVID-19 vaccines, the coverage level in the country remains immensely low. As at 5 June 2022, only about 12% of the eligible population in Nigeria has received at least one dose of the COVID-19 vaccine and 7.5% have been fully vaccinated. In comparison, 18% and 20% of the eligible population are fully vaccinated in Ethiopia and Ghana respectively, and 73% in the UK.

While this low coverage might be attributed to the global inequity in vaccine supply, there has been non-acceptance of the vaccine across the country. Various studies have also found a high level of hesitancy among health care workers, however challenges in the vaccine supply chain have also confounded access to COVID-19 vaccines, especially in hard to reach areas. This could be a potential challenge if Nigeria begins to offer the monkeypox vaccine to health care workers as is recommended. However, the potential stigma and discrimination they may face, as the pustules resulting from a monkeypox infection often forms visible scabs that leaves scars, may be an added impetus encouraging vaccine uptake.

Vaccine administration in Nigeria is often constrained by a limited supply of medically trained personnel, consumables, such as syringes and needles to administer the vaccines, as well as a reliable cold-chain maintenance, especially in rural areas. Given the pressure on existing capacity in-country for COVID-19 vaccination and other routine immunisation exercises, logistics and human resource for health (HRH) challenges could be an issue for future monkeypox immunisation exercises and could lead to gaps in access for target populations.

Preparing for monkeypox vaccine use in Nigeria

While the Nigerian health authorities have not announced any decision to offer or use monkeypox vaccines as a preventive measure, it is important that the country is proactive in addressing the known risks and preparing for the life-saving vaccines. So how do we ensure there is an effective vaccine rollout?

Firstly, there will be a need to ascertain the current interest and demand for monkeypox vaccines among potential target populations, as well as factors associated with acceptance or non-acceptance. This can be done by carrying out a research study among the target populations.

Secondly, it is important that measures are taken to protect the health of stigmatised and vulnerable populations, including people living with disabilities and other populations. Health care workers should be well-trained to provide a safe space for all people regardless of their sexuality or disability.

Thirdly, given previous misinformation about the monkeypox virus, and rumours that are being spread, it is important that the government prioritises proactive and reactive risk communications. The National Primary Health Care Development Agency (NPHCDA), National Orientation Agency (NOA) and other government and non-governmental institutions should develop communication strategies that ensure a flow of information between the government and the people, and vice-versa.