Africa: Firms From Rich Countries Are Taking Factories Home - What This Means for Africa 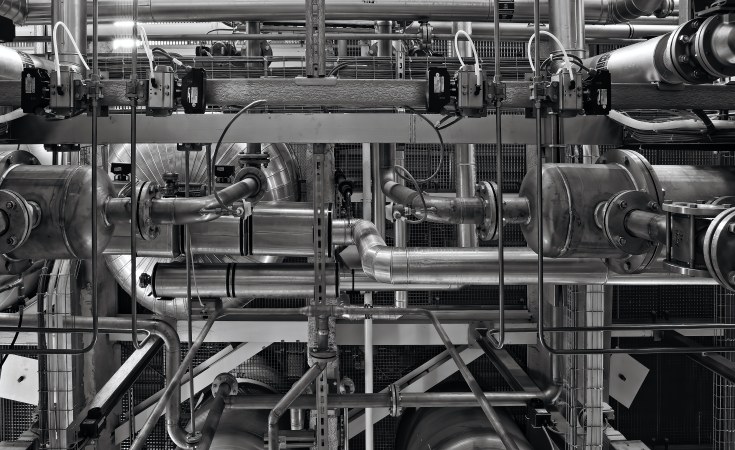 There is no doubt that globalisation has benefited Africa greatly. This includes job creation, innovation, increased productivity and foreign direct investment.

But global value chains are shifting in the wake of the COVID pandemic and Russia's ongoing invasion of Ukraine. These changes are informed by the decisions of various companies to shift or move their manufacturing or supply chain networks closer to their home country. These decisions are being driven by a number of factors. They include a race to reduce exposure to disruptions, increase proximity and reduce vulnerability to external shocks.

In light of this, Africa's current benefits from globalisation will be jeopardised.

Can African countries build a resilient economic future post-COVID-19 that is less reliant on the current uncertain global value chain?

I believe that they can.

To maximise the advantages of regional growth and markets, Africa must look inward and perhaps consider how to establish its own internal and national value chains. This may emerge from the recently enacted Africa Free Trade Agreement, which most African nations have already embraced.

Now is the time for African countries to start looking for African value chains or alternatives to the global value chain. Of course, this presents a myriad of challenges. Most African nations still don't have the necessary transportation and road infrastructure to support logistical operations in regional markets.

Consequently, significant investment is required for this to work.

In addition, countries must look at developing homegrown solutions enabled by public and private sector collaboration.

The value chain concept enables different businesses to add value to raw materials at various stages of production until they become finished goods. The final stages of the value chain are more lucrative than the earlier ones. The current reality is that most activities that create value and transform inputs into finished products are concentrated in developed countries rather than in developing countries.

According to the World Bank, increasing value chain participation by 1% could increase per capita income by more than 1%. Despite evidence that some African small firms have moved up global value chains through process upgrading over the past decade, there is a deficiency in product upgrading - the transition to production of higher-value goods and services.

This aspect must be improved. Most African countries are still primary commodity producers and specific steps need to be taken to reverse the situation.

The first is that both the public and private sectors must work together to capture domestic value and be prepared for the repercussions of deglobalisation. Industrialists such as Tony Elumelu and scholars such as Kenneth Amaeshi and Uwafiokun Idemudia have argued for a framework they call Africapitalism. The idea is that it will support Africa's socio-economic realities through the commitment of the private sector.

But the role of government is also critical in creating an enabling environment.

In other words, public and private sector partnership is key to foster the African potential for the common good of the continent. In this light, the following are essential:

Looking inward: Governments need to support research into the current "lower" stages activities of global value chains in Africa and how their movement elsewhere can impact employment.

This step would create awareness of the potential problems that may arise from deglobalisation. It would also open the door to revisit and modify current inept economic policies.

Matching societal and corporate needs: Based on the current World Bank data on global trade integration and global value chain participation, it's uncertain what the new sort of global value chains will look like.

As a result, multinational corporations operating in Africa, particularly those with "lower" stage activities, may want to reconsider how they may increase their positive impact in these regions, either directly or indirectly. For example, they could examine their needs as an organisation critically (perhaps through a comprehensive needs assessment) and connect them to an existing problem where their value chain exerts influence (for instance dealing with unemployment).

Capturing domestic value: The reshoring of production will mean that trade will become dominated by a few in the future. These would almost certainly include a Chinese-led Asian syndicate, a US-led North American syndicate, and an EU syndicate (perhaps led by Germany and France).

If this occurs, Africa (particularly the sub-Saharan region) will become disconnected from the global value chain. This should be enough of a catalyst for African leaders to realise that domestic manufacturing, products, and services may be the way forward.

The high percentage of unemployment in Africa is indicative of under-exploitation of economic resources and inadequate entrepreneurial frameworks. Youth unemployment has been regarded as one of the generation's most pressing social and economic issues. Data show that an estimated 140 million people aged 15 to 35 are unemployed in Africa. This is a third of the continent's entire youth population.

According to the African Development Bank, up to 263 million young people will be deprived of employment prospects in the near future. There has therefore never been a better time for the public and private sectors to collaborate and capture domestic value in Africa.