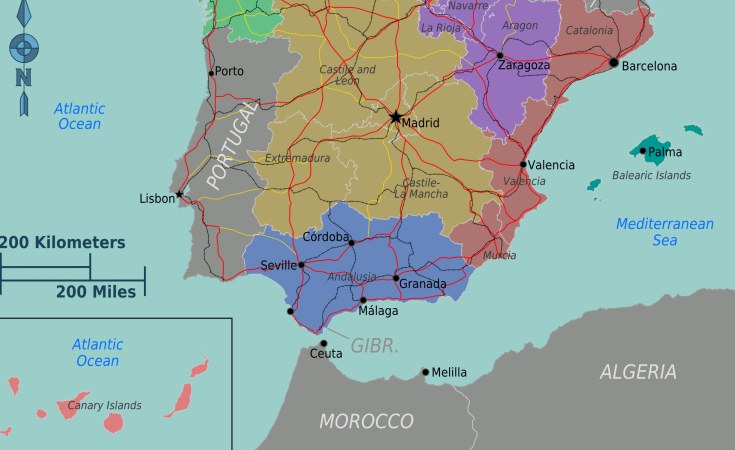 Melilla (Spain) — The Moroccan authorities committed grave violations against African citizens as documented by videos near the Moroccan northern borders with the Spanish city of Melilla, Friday, which resulted in the killing and wounding of dozens, according to Moroccan and international media reports.

The Spanish media had followed in fact the attempt of more than 2,000 African migrants to cross into the city of Melilla, which is surrounded by barbed wire, witnessing violent intervention by the Moroccan police forces, which used tear gas and other weapons, detaining hundreds of migrants who appeared in the videos in terrible and inhumane detention conditions. 18 African migrant were killed, according to the official Moroccan media.

The presence of these African citizens in Morocco is in itself a real mystery as all land borders of Morocco are closed.

Morocco's eastern borders with Algeria have been completely closed for decades, while the southern borders of Western Sahara under Moroccan occupation have also been closed since the outbreak of the armed struggle between the Polisario Front and Morocco on November 13, 2020.

In fact, it seems that the vast majority of African citizens in Morocco are, in general, legal residents who entered Morocco by air and often on board of the Moroccan Airlines, and with legal visas. Rabat's authorities are indeed taking advantage of the coverage of their airlines for the majority of African countries, especially French-speaking ones, to facilitate immigration for hundreds young people wishing to get job opportunities, and who, upon arrival in Morocco, find themselves at the mercy of the ploys of the Moroccan authorities, who use them as pressure cards against the European Union, through the Spanish gate.

This was particularly proven in several occasions in which the Moroccan authorities facilitated the crossing of hundreds of African and even Moroccan migrants during the deterioration of Rabat's relations with its northern neighbor, Spain. The latter was often quick to satisfy Moroccan demands, for Rabat to stop migrants, suppress them, including by killing some of them.

Every now and then, the Moroccan authorities also show their firmness in dealing with immigration, and, contrary to the custom, allow the necessary media coverage for their practices in controlling the flow of immigration, as part of showing their efforts to convince Spain and Europe that its police forces are doing the work for which they receive hundreds of millions of dollars annually from the European Union.

Commenting on this event, the Spokesman of the Sahrawi Government and Minister of Information, Mr. Hamada Selma, told the Saharawi Press Service (SPS) today, that "the Moroccan occupying state, whose king is the African Union's Champion for Migration, has committed, since yesterday, a new crime against humanity, and for that it unfortunately receives praise and the appreciation from the Spanish Prime Minister."

The Sahrawi official expressed his regrets for the position of the Spanish Prime Minister, saying that "it is unacceptable that a European official, near whose borders such a crime is committed, celebrates Morocco's violation of human rights against African citizens, and the inhumane treatment that the world witnessed in video," in comment to the Spanish official's statement yesterday that Morocco is successfully stopping the flows of immigration into his country.

The Saharawi Spokesperson called on the African Union, the United Nations, and all other relevant organizations concerned with human rights and the rights of migrants to "urgently intervene in order to save thousands of lives whose safety is currently at stake considering the barbaric way in which they have been treated since Friday by the Moroccan forces of repression." (SPS)

Previous Story
Tagged:
Copyright © 2022 Sahara Press Service. All rights reserved. Distributed by AllAfrica Global Media (allAfrica.com). To contact the copyright holder directly for corrections — or for permission to republish or make other authorized use of this material, click here.