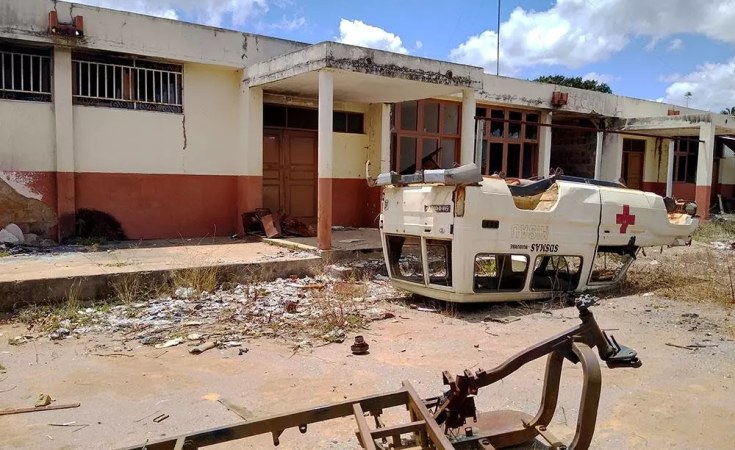 Médecins Sans Frontières
Image of a destroyed ambulance of the health centre in Muatide, in the district of Muidumbe in the northern Mozambican province of Cabo Delgado.
Agencia de Informacao de Mocambique (Maputo)

Maputo — Islamist terrorists killed three people and injured a further two in attacks last Thursday, Friday and Saturday in Macomia and Mocimboa da Praia districts in the northern province of Cabo Delgado, according to a report in Monday's issue of the independent newssheet "Carta de Mocambique".

In Njama, a few kilometres from Mocimboa da Praia town, terrorists ambushed a vehicle that was travelling from Mueda to Palma. They looted the vehicle and then set it on fire, but the occupants escaped.

In Nkoe, the raiders wore uniforms similar to those of the Mozambican defence and security forces, which may have confused local people. They killed two people and burnt down about ten houses.

On the same day, in Nanjaba, the terrorists injured two villagers and destroyed an unspecified number of houses. The injured people are under intensive care in the hospital in the provincial capital, Pemba.

Further south, in Ancuabe district, on Thursday terrorists attacked Mahecani village where they killed one person.

The latest raids have sparked off further population displacement, as villagers flee to Pemba, or to Macomia or Montepuez towns.