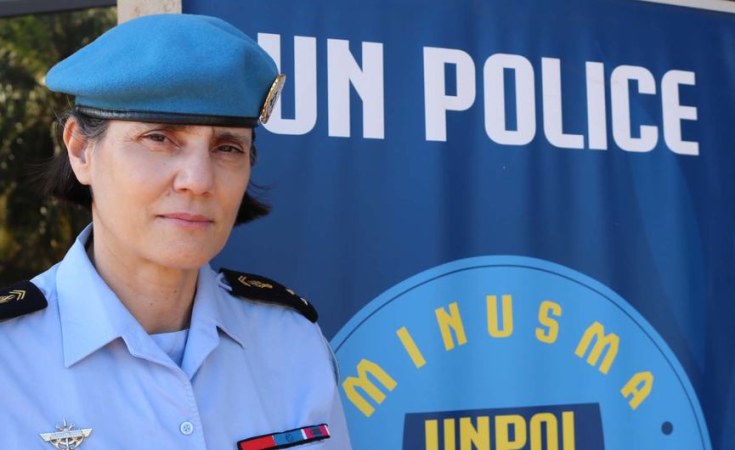 The United Nations Security Council has to maintain the U.N. peacekeeping mission in Mali, while condemning the country's military rulers for using mercenaries that have committed human rights violations.

After Wednesday's vote, the council expressed "grave concern" at the deteriorating political and security situation in the West African nation.

Russia and China abstained on the French-drafted resolution that extends the mandate of the MINUSMA mission until 30 June 2023, with its current level of over 13,280 military personnel and 1,920 international police.

Mali has been in a cycle of turmoil since an uprising in 2012 prompted mutinous soldiers to overthrow president Amadou Toumani Touré.

The subsequent power vacuum ultimately led to an Islamist insurgency and a French-led war that ousted the jihadists from power in 2013.

However, insurgents remain active in the country and extremist groups affiliated with al-Qaida and the Islamic State armed group have moved from the arid north to the more populous central Mali since 2015, stoking animosity and violence between ethnic groups in the region.

Mali's current ruling junta, which seized power in August 2020, has grown closer to Russia as Moscow has looked to build alliances and gain sway in Africa.

The junta has hired mercenaries from Russia's Wagner Group, which the European Union and human rights groups accuse of violating human rights and international humanitarian law.

The Kremlin denies any connection to the company.

Following the vote, France's U.N. ambassador, Nicolas De Rivière, said the violation of human rights and humanitarian law by terrorist groups - as well as Malian armed forces accompanied by members of the Wagner Group - "must stop."

Warning that insecurity in Mali is on the rise, he said the U.N. mission must be given access to areas where alleged violations are committed to fulfil its mandate and publish quarterly human rights reports as the resolution demands.

He added that "those responsible for violations must be brought to justice."

The resolution authorises the U.N. mission to assist Malian authorities in promoting and protecting human rights.

Mali, however, has vowed to defy the U.N. call to allow freedom of access for peacekeepers to investigate human rights abuses.

Explaining Russia's abstention, the country's deputy U.N. ambassador, Anna Evstigneeva, pointed to the resolution's "intrusive wording " on human rights, saying it will not help ensure that Mali can exercise its right to protect its own citizens.

German Mali Mission - a Crisis Far From Over