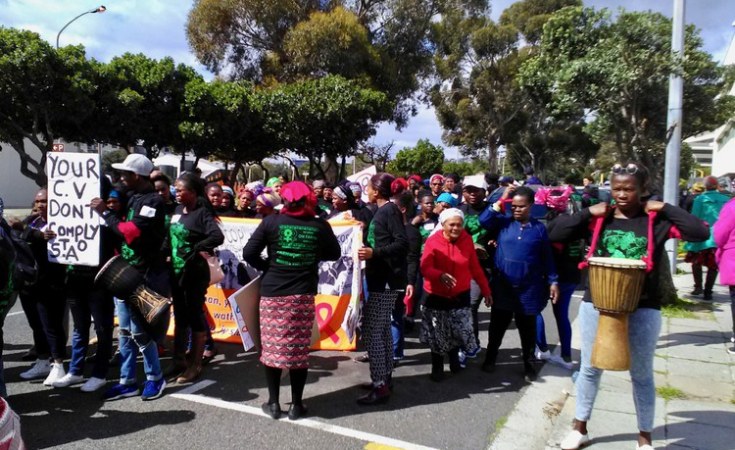 Farm workers and consumers should be worried, says public health expert. But industry body says food security depends on the pesticides in use.

Many pesticides banned in the European Union are used in South African agriculture.

A public health expert says this poses a danger to farm workers and consumers, but the pesticide industry says food security depends on their use.

Civil society network Unpoison has made various submissions to government to update the regulatory framework.

The Department of Agriculture has been unresponsive.

South Africa's regulations on agricultural pesticides are "ancient" according to a public health specialist. Many of the active ingredients in pesticides still used on local crops have already been banned in the European Union (EU) because of the danger they pose to farm workers, consumers and the environment.

Leslie London, head of the Division of Public Health Medicine at the University of Cape Town, says the weed killer, glyphosate, widely used in South Africa but banned in some EU countries, can be bought in gardening stores that stock herbicides.

London has made several submissions on behalf of civil society network Unpoison to reform regulations on pesticides. But there has been no response from the Department of Agriculture.

In early May, Women on Farms Project (WFP) marched against the use of hazardous pesticides and demanded legislation governing pesticides in South Africa be updated.

A 2019 study by WFP, supported by Oxfam South Africa, looked at 456 active ingredients approved in South Africa. It found 67 pesticides that are banned in the EU. It also found that there is a lack of research and monitoring of the effects on the health of workers.

The South African pesticide industry is currently regulated by the Fertilizers, Farm Feeds, Seeds and Remedies Act (FFFAR) that dates back to 1947. All pesticide registration and product labelling happens under the FFFAR Act.

According to London, these regulations are designed for approving pesticides for use and not limiting their use. He said that opportunities to limit pesticides that are already approved in the country are quite constrained. Once a pesticide is registered, it is hard to restrict it.

How pesticides are used on farms comes down to the instructions on the label. The police would have to act against farmers who contravene these instructions, something unlikely to happen.

In its submissions to the Department of Agriculture, Land Reform and Rural Development in August, Unpoison said that weak pesticide regulations fail to comply with either section 24 of the Constitution or the National Environmental Management Act (NEMA), which both guarantee that public health be protected.

Unpoison proposed restrictions on aerial spraying of certain pesticides and made submissions on the lack of required training for those handling hazardous pesticides, and the need for more public education.

Response from the pesticide industry

Elriza Theron, spokesperson for Croplife, a non-profit industry association for manufacturers and suppliers of pesticides, told GroundUp that the authorisation process for pesticides is stringent, and that "more than 150 safety studies are conducted on each potential new product before its approval for commercial use".

She said that there are various ways consumers and those who handle pesticides are protected. Pesticides are only allowed to be used according to the instructions on the label. "The product label is the law," said Theron. This means that any farmer who infringes on these instructions is contravening FFFAR.

There are also other regulations that guide pesticide use. The Occupational Health and Safety Act for instance requires that workers wear protective clothing when handling pesticides, she said.

Residues on crops should also comply with the Maximum Residue Limits (MRLs) of the country. If residues exceed the MRL, then the product cannot be traded.

Using chemical crop protection is crucial to controlling pests and diseases and has allowed farmers to produce much bigger crops. "Food security is not just a buzzword, it is a national priority, and protecting crops against pests, diseases and weeds is part of sustainable food production and food security," said Theron.

GroundUp tried for two weeks, in vain, to get a response from the Department of Agriculture.

Dodgy people are suing us. Please support us by contributing to our legal costs and helping us to publish news that matters.

Crucial Housing Judgment Still Outstanding After 16 Months. Judiciary Has Failed to Explain Why