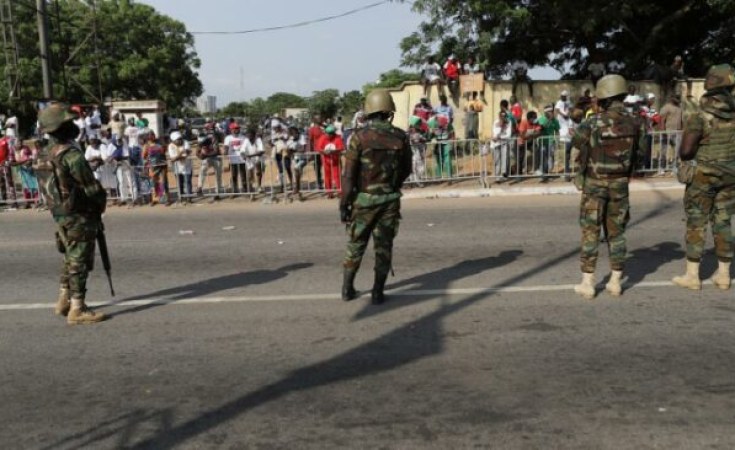 The Trade Union Congress (TUC) has described government's decision to commence formal engagements with the International Monetary Fund (IMF) as "a tragic mistake and a sad one for Ghana."

That, according to TUC would be the eighteenth time the country's economy would be handed over to the IMF to manage adding that "it is very sad because it is a clear indication that we cannot manage our own affairs."

The union said this would be the fifth time Ghana would be implementing IMF programmes in the fourth Republic alone.

These were contained in a statement by the Secretary General of the union, Dr Yaw Baah and copied to the Ghanaian Times in Accra yesterday.

The statement said, the union acknowledges the impact of global developments of Ghana's economy, adding that the current state of the economy suggested that the robust economy government claimed to have built before the COVID-19 pandemic was not resilient enough.

"It must have been built on a foundation of straw but Ghanaians were told that our economy was strong and stable," the statement said.

It said, it was obvious that Ghana's economy was in a desperate situation but stated that the handing over the management of the economy to the IMF was not the solution to the country's problems.

"These IMF programmes have only imposed unnecessary hardships on Ghanaians with practically nothing to show for them. The solutions proffered by the Fund are not appropriate for our economy. They scratch the edges of the problem without tackling the fundamental issues facing the economy," it said.

According to the TUC, the negative social implications with which IMF-sponsored programmes were implemented during the structural adjustment period were still very fresh in the memories of Ghanaians.

It recounted that tens of thousands of public sector workers lost their jobs, unnecessarily citing an example with the last IMF-Extended Credit Facility programme from 2015 to 2018.

It said the programme was conditioned on government freezing employment in the public service, among other conditionalities.

"What we got in return was an economy still overly dependent on production and export of raw materials and import of manufactured products. Most of our productive sectors such as mining, petroleum and telecommunications are still being controlled by foreign companies," it added.

The statement said Ghana's history of engagements with the IMF provided ample evidence that IMF-sponsored programmes and policies could not change the country's economic circumstances.

It said the only reason a government would want to seek IMF bailout was to look for short-term quick-fix to its perennial economic challenges adding that Ghana has done this seventeen times and government had just announced the commencement of engagements for the eighteenth IMF-sponsored programme.

"One thing is very certain - the eighteenth IMF programme will not solve our problems. Therefore, we should be prepared for the nineteenth, twentieth and more programmes in the next few years, even though it is so obvious that IMF programmes pay practically no attention to the removal of structural constraints to sustainable growth and development," it said.

The TUC was of the view that Ghana could achieve sustainable economic and development if consensus was built among key stakeholders through genuine social partnership.

"We would like government to note that the working people of Ghana will do whatever it takes to prevent the imposition of needless hardships on them and the good people of Ghana, "it stated.