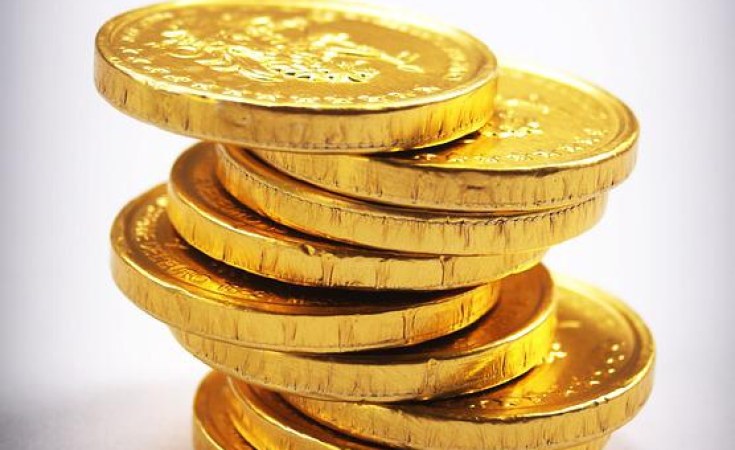 In the history of the evolution of money, there is nothing that has been made an indicator stipulating what should or should not be used as money. Among the many other characteristics of what money should be, it is the ability to be used as a medium of exchange.

While other characteristics such as the money's saleability and store of value remain important, a lot of commodities or goods that have been used as money in the previous, such that the introduction of gold coins in Zimbabwe should not perplex the enlightened.

In Latin America, seashells were once used as a form of money while glass beads in Africa were used for the same. In prisons, stories of cigarettes being used as a medium of exchange continue to be told. Those who pay lobola in Africa today, or in the past, mostly used cattle because they are a store of value though they come short on divisibility.

With time, economic historians have also said in the passage of time salt was once a medium of exchange too. This is explained by author Saifedean Ammous through an analysis which shows that cattle and salt were once sought-after mediums of exchange as the English words pecuniary and salt are derived from Latin words pecus for cattle, and sal, where the word salary is derived from.

What therefore pushed all these forms of money which were used in the past from the market is that technological changes that came and new forms of money made old money to lose its monetary roles. Gold, silver and copper coins were also used to store value and enriched those who owned them if they made investments.

So, in the history of the evolution of money, it does not matter the principle that was agreed because anything can pass the tests of being money. For many years, great African civilisations used gold as a medium of trade and transactions.

The richest man in the history of the world to date is not the biblical King Solomon, but an African from Mali named Mansa Musa, whose riches were stored in gold with a current worth of US$400 billion.

In antiquity, gold was and remains a medium of exchange that was and is accepted based on its salability, divisibility and store of value, all characteristics of money. Hence gold coins are money. Money also has an owner.

The central bank is introducing gold coins starting July 25. The gold coins come after government's acknowledgement that there are internal and external factors that have triggered the depreciation of the local currency leading employees losing the value of their salaries significantly.

When money depreciates value or loses its buying power, economists say it has become "soft" money, hence "hard" money is one that has a stable store of value. If money is "soft", it also means it has become easy to produce.

Easy to produce money does, therefore, not make people and societies richer but makes them poorer because their hard-earned money will be exchanged by transacting their wealth on something produced easily.

According to the Ministry of Finance and Economic Development and the RBZ, the gold coins are a relevant mechanism that to store and restore the monetary value of the local medium of exchange.

The introduction of gold coins is not only so because gold does not dissipate into the atmosphere or burst into flames, but because modern societies are to be well-served by understanding that for millennia, gold coins do not make monetary wealth disappear in a click.

A remarkable compatriot last week wrote a porous analysis on the gold coins in a local daily only with an intention to mislead. This writer found the import of his argument limping as it dis not provide fundamental recommendation based on what has to be done in controlling the trade of the gold coins.

His arguments were however important to note though with scattered thoughts as he did not entirely focus on the issue money and the gold coins.

The gold standard was replaced by the fiat currency concept that was imposed by the USA in 1971, closing the gold window and making the United States dollar the global currency of trading hard commodities.

Gold is convertible but fiat money is inconvertible because it was brought to the fore of the world economy after a lot more other countries had benefited from the gold standard.

Because fiat currency is inconvertible, gold coins are coming in not only as a store of value, but also a convertible asset that one can liquidate. This ensures stability of value not enlarge any economic and market distortion as trade is anchored by the international trading price of gold.

Under a pure coin standard, gold is the only money and at the same time, in the case of Zimbabwe from July 25, the gold coins will be perfectly stable for currency value.

In every phase of monetary development and or advances in technology allowing the utility of new forms of money, there are rewards to it, and also new pitfalls are likely to be faced.

There are currency manipulators who have benefited financially in Zimbabwe by exploiting existing gaps on the financial markets.

Government has also admitted that these people are doing enormous damage to the economy.

Mechanisms to remedy that should be effected in order to protect the incoming gold coins.

It is possible for the RBZ to put the gold coins on a blockchain for easy audit and transparency. Since a blockchain is a shared database or ledger, it therefore means the trading of the gold coins will be done to show the number of those supplied, bought and the remaining.

It is possible to open the gold coins ledger at the RBZ and its subsidiaries that will be involved in this trade. An open ledger of all daily transactions of the gold coins will facilitate a peer-to-peer network that will generate more buy-in from the general public. This will make the gold coins phenomenon work in a distributed way and avoid an easy money trap.

It is said sometime in the early twentieth century when gold and silver alloys were used to make coins of various denominations, people started to realise that the gold content in the coin was worth more than the denomination.

They started hording the coins and took them for smelting.

People reportedly made more money from smelting the coins and selling them for the gold and silver content than what the coin could buy. Because we are advanced societies, the blockchain can be of importance in controlling such misfortunes.

If this happens in Zimbabwe through manipulation, it means the government would lose a lot of money trying to sustain the gold coins system and it would be impossible to let the coins circulate without being smelted and be sold for more than the denominated value.

It should be regarded as treason to act in such a manner for one will not have only prejudiced the state, but also having wilfully injured the hopes and potential of other citizens to create generational wealth.

Next Story
Tagged:
Copyright © 2022 The Herald. All rights reserved. Distributed by AllAfrica Global Media (allAfrica.com). To contact the copyright holder directly for corrections — or for permission to republish or make other authorized use of this material, click here.