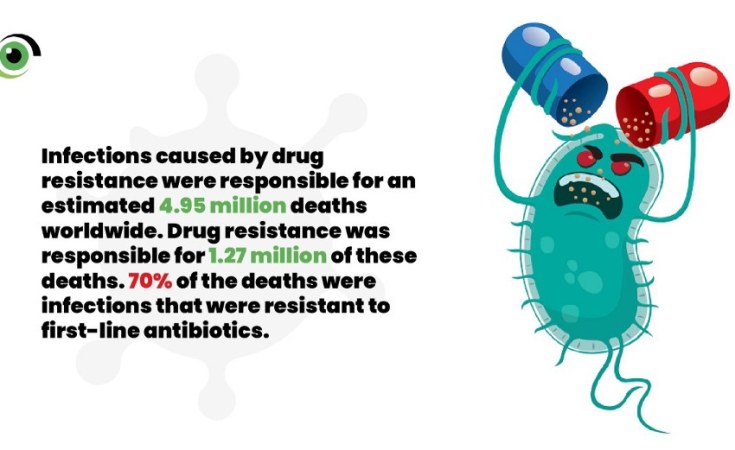 Nigeria Health Watch
Globally, an estimated 4.95 million deaths were associated with drug-resistant infections (directly and indirectly), with 1.27 million of these deaths directly attributable to drug resistance.
SciDev.Net
By Gilbert Nakweya

Nairobi — Pharmaceutical companies have pledged to share surveillance data on new antimicrobial medicines such as antibiotics in a new register launched to combat antimicrobial resistance (AMR).

The initiative launched last month (21 June) by Vivli, a non-profit clinical research data sharing organisation, will enable scientists from all over the world to access data on epidemiological, physical and genetic characteristics of organisms and their resistance to various antibiotics.

Deaths attributed to antimicrobial resistance in 2019 were on a par with those linked to HIV and malaria combined, with Sub-Saharan Africa having the highest burden of AMR, according to a study published in The Lancet early this year.

Antimicrobial resistance was linked directly to an estimated 1.27 million deaths globally, while HIV/AIDS and malaria directly accounted for 860,000 and 640,000 deaths respectively. Low- and middle-income countries are the worst affected.

According to Vivli, Pfizer, GSK, Johnson & Johnson, Merck, Paratek Pharmaceuticals, and Venatorx Pharmaceuticals are some of the pharmaceutical companies that have committed to sharing their data on the AMR register that is supported by a seed grant from UK-based health research charity Wellcome.

"Sub-Saharan Africa has some of the least developed AMR surveillance systems in the world," said Karen Bett, policy manager for data equity and inclusion at the UN's Global Partnership for Sustainable Development Data.

"Such a system will enable Africa to catch up but also give a true picture of the status of AMR on the continent."

Bett added that the system will provide a foundation for a better understanding of the spread of antimicrobial resistance, especially in Sub-Saharan Africa and Southeast Asia, which have the least developed surveillance coverage compared with high-income regions such as North America and Europe.

Henry Kajumbula, a member of the scientific advisory group guiding the register and chair of the department of microbiology at Makerere University in Uganda, told SciDev.Net: "This is particularly important as it will enable scientists who are generating data locally to have a basis for comparison and those that have limitations in generating their own data to have a dataset to begin with."

Kajumbula said that the register will allow scientists to build skills in data analysis that could be an evidence to support application for collaborative funding.

"The value to public health officials, multi-lateral organisations and researchers globally are to identify outbreaks, predict future trends in AMR, inform policy and identify new resistance mechanisms. It is our hope that this data would be used to proactively address our next emerging pandemic," Kajumbula explained.

Kajumbula added that the register will gather information on some of the prevalent mechanisms of resistance to guide practical application in the choice of treatment options.

Marc Mendelson, chair of the AMR Register Scientific Advisory Board and a professor of infectious disease at the University of Cape Town in South Africa, said biopharmaceutical company data was a "vital missing link in antimicrobial resistance surveillance".

"Our understanding of how to control antimicrobial resistant infections and how best to protect human health hinges on better access to surveillance data," he said in a statement released last month (21 June).

"Now, with the AMR Register we have an early warning system for one of the greatest public health threats we face."

Next Story
Tagged:
Copyright © 2022 SciDev.Net. All rights reserved. Distributed by AllAfrica Global Media (allAfrica.com). To contact the copyright holder directly for corrections — or for permission to republish or make other authorized use of this material, click here.