Africa: How Sweet Potato is Preventing the Global Wheat Crisis from Taking Root in Africa 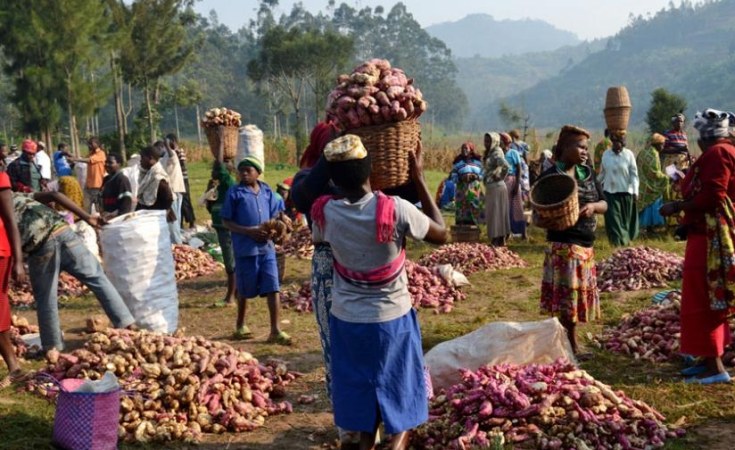 These efforts to diversify staple products like bread and chapati in Malawi as well as Kenya, Rwanda and Uganda by replacing as much as 60% of wheat flour are now buffering African food systems.

The important lesson here for other African countries is that potato and sweet potato are more than crisis crops that can fill a gap between harvests within three months to tide over the poorest. Rather, these staple crops can be a cornerstone of a nutritious, diverse and resilient food system, which can withstand the shockwaves of market crises by avoiding an over-reliance on single commodities.

The benefits of a more diverse, and therefore, resilient food system that makes the most of crops like sweet potato are manifold but require more investment and commitment to scale up production and unlock the full potential.

To begin with, hardy roots like potato and sweet potato can be stored for longer  - thanks to novel technologies - than other perishable goods and ingredients to bolster food security in the short and medium term.

For example, techniques using affordable, locally available preservatives, fine-tuned by food technologists, allow OFSP puree to be stored for three to six months without refrigeration. This provides a reliable and long-term food resource that can be used in Africa's daily bread.

Going forwards, food scientists at the International Potato Center (CIP) are working closely with private sector partners in Kenya to develop the technology for producing shelf-stable purée, using microwave processing and aseptic packaging, that allows it to be stored for more than a year at ambient temperatures, eliminating the need for cold storage. Aseptic puree can be used as an ingredient in food products made by small and medium enterprises and the informal market sector, and with Kenya's wheat import bills estimated at $250 million, sweet potato puree offers a cost-effective, homegrown alternative.

After food security, sweet potato and sweet potato puree also contributes to improved nutrition security. OFSP, which has been rolled out to more than a dozen African countries, is rich in beta-carotene, which is converted to vitamin A in the body.

Just 125 grams of sweet potato provide the daily vitamin A needs of a child aged five or younger, and at least half of its content is retained after baking. In addition, sweet potato puree also reduces added sugar used in most recipes by 90% and fat by 50%, making it a healthier alternative that helps tackle the rise of diet-related illness.

Finally, new ways to breed, grow and process sweet potato also create new opportunities both for farmers and those working in agribusiness.

In collaboration with Euro-Ingredients Limited, OFSP puree has been successfully commercialized in Kenya, Malawi, Rwanda, and Burkina Faso and piloted in Ethiopia, Uganda, Ghana, Nigeria, Tanzania, The Gambia, South Africa, and Mozambique, creating new markets for farmers and new jobs for young people.

Organi Limited in Kenya, for example, buys from nearly 200 smallholder farmers of whom at least half are women while Tehilah Bakery and Value Addition Centre in Malawi buys fresh roots from more than 1,000 farmers in eight districts.

Staple crops like potato and sweet potato have long been seen as emergency crops for the poorest because they are quick to mature, can fill in the gap between cereal harvests and provide accessible and affordable calories.

Yet the current global food crisis shows how these crops can play a foundational role in creating more resilient food systems before shocks and stresses hit.

With more collaboration with the private sector and support from policymakers, more countries across the continent could be reaping the benefits of potato and sweet potato innovations.