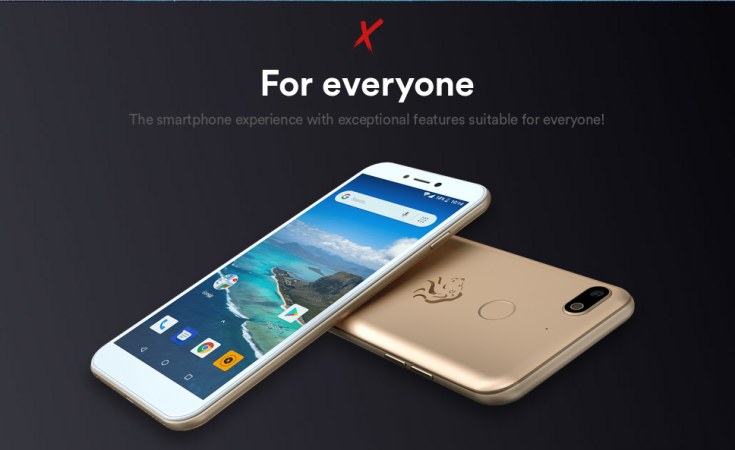 Local smartphone manufacturer, Mara Phones, has temporarily suspended production operations as the firm seeks to phase out outdated smartphones before introducing new models on the market.

The company says it will effective October this year introduce four new models on the market. So far, three versions, including Mara X1, Z1 and S were being produced locally in Kigali.

The factory, located at the Kigali Special Economic Zone, Gasabo District was launched in 2019, and punted as a milestone for Rwanda.

According to Eddy Sebera, Managing Director of Rwanda Mara Phones, the smartphone industry is always evolving and there are going to be new models being introduced.

"This means that every brand model that you put in the market still has a warranty," Sebera told The New Times in an exclusive interview on Friday, July 15.

For instance, he said, phones that were sold in the previous two years carried a 12 months guarantee, providing for the firm to address any technical defect within the 12 months of sale.

Commenting on the phase out period, Sebera highlighted that, "We always keep some sort of stock for repair during the warranty period."

For the past two years, Sebera argued that the firm has conducted a well-informed proof-of-market allowing for the move to now become a small large company. The target, he said, is to become a large company in the next five years.

"It was strategically done because we wanted first to be sure of whatever we're putting in the market," he asserted, adding that "the degree of failure is no longer what we have today."

Along the way, Sebera pointed out, there has been notable improvement citing an increase in brand models, affordability among others.

Little to no impact from South Africa sister company

Meanwhile, Sebera said the five-month closure of Maraphones South Africa (which has since resumed operations) did not directly affect the Rwandan franchise.

"In actual sense it didn't," he added, "When you look at it commercially and in terms of value."

But for the brand, it still has an impact to be honest, Sebera asserted, clarifying that the

ownership of the South African operation is totally different from the one in Rwanda.

Like other businesses around the world, the manufacturing firm was largely affected by the Covid-19 pandemic.

"We opened the factory in October, 2019, but we had to train. So we trained our technicians up to almost February 2020 and Covid-19 time was in March. So we didn't really enjoy this investment at the first go."

When pressed for details, Sebera said that the entire supply chain was affected.

At Mara Phones, the global crisis meant there was no raw material being imported, there were no communication campaigns and in-person engagement with potential buyers.

However, there was a silver lining, he said. The firm has now established alternative markets including Turkey and Egypt and both are expected to be part of the new supply chain.

"There was a huge dependency on Asia and especially in China, but today we are encouraging other markets and other producers around the world."

The firm has already exported their products to 75 countries 'in small contingents'.

No plan to close shop

With a current 10 percent of the factory's production capacity, Sebera dismissed claims that the Rwandan franchise is another pie in the sky.

"Not at all. It's completely not at all," he added.

Sebera said that the resumption in operations of the South Africa based sister company is a good example.

"This is a clear confirmation of what I'm saying is the demand is there."

On estimation the capacity is of at least about a million devices if the factory runs three shifts of production.

Smartphone penetration in Rwanda is still about 20 percent, a figure that depreciates the country's goal of reaching digital transformation of the economy.

This is despite having different big players on the market, according to Sebera.

A new initiative is therefore in the pipeline to give customers the opportunity to pay in installments.

"If somebody from that category can receive $40 and is paying it through 12 months, that's about $4."

On top of the four brand models, the firm also plans to roll out its first tablet product in the first quarter of 2023.

"Our target is not in value. Our target is in terms of how do we utilize the capacity? We want, within five years we have exhausted this capacity," he said.