East Africa: Why Sexual and Reproductive Law for East African Countries Is Being Resisted 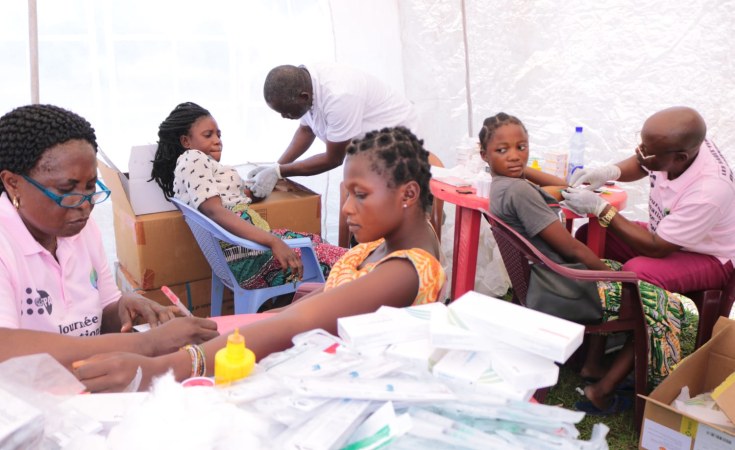 Six of the countries of the East African Community - Burundi, Kenya, Rwanda, South Sudan, Uganda and Tanzania - recently concluded public hearings on a new sexual and reproductive health bill. Proponents of the Bill argue that it will improve access sexual and reproductive health which, in turn, will improve other public health and development indicators such as maternal mortality and HIV infection rates. But the Bill has faced fierce opposition since it was first tabled in 2017. The Conversation Africa's Ina Skosana spoke to researchers Anthony Ajayi and Nicholas Etyang to unpack what the Bill covers and where the sticking points are.

Is a regional response practical? Has it worked anywhere else?

Article 118 of the Treaty for the Establishment of East African Community mandates partner states to cooperate around health issues, and to develop policies for the region.

Regional responses can help fast-track progress, harmonise laws and create a uniform front for addressing the sexual and reproductive health issues. The development of regional frameworks is not new on the continent. Other examples include the South Africa Development Community sexual and reproductive health strategy 2019-2030, South Africa Development Community model law on gender-based violence, and the regional body's model law on eradicating child marriage and protecting children already in marriage.

Regional frameworks help citizens hold their governments to account. And to demand change. The East Africa region is pushing for integration on many fronts. These include immigration policies, trade, and security. Remarkable progress has been made in the area of trade and immigration. This could be repeated with health cooperation.

But getting regional laws through is hard. In the case of East Africa, seven countries are part of the East Africa Community. Getting everyone on board is a tough ask especially when it comes to contentious issues like sexual and reproductive care.

The first attempt to pass an East African sexual and reproductive health bill was in 2017, with the 3rd Legislative Assembly. But numerous concerns raised by stakeholders. And limited time for consultation before the end of their term meant the Bill could not move forward.

The 4th Legislative Assembly began working on the Bill in January 2020 and has conducted a series of stakeholder consultations. But resistance continues.

Why does the bill matter?

In East Africa, complications arising from early pregnancy and child birth is among the leading causes of death among girls aged 15 to 19 years. Young girls are also disproportionately exposed to new HIV infections and sexual violence. If passed, the bill will address adolescent pregnancy and protect the right of young mothers to return to school.

Unsafe abortions are also among the leading causes of maternal death. These account for about 10% of maternal mortality. By expanding access to safe abortion, more lives would be saved. If passed, the Bill will be a huge win for women's and girls' reproductive rights in the region.

What's in the Bill?

The sexual and reproductive health Bill lays out five ambitious objectives. These are:

The Bill has 29 clauses covering a range of issues. These include integration of sexual and reproductive health services into universal health coverage, sexuality education, continuation of education after pregnancy, menstrual health as well as family planning.

In addition, the Bill makes provisions to safeguard the sexual and reproductive health and rights of people with disabilities.

Section 16 provides limited access to abortion on the grounds that, in the opinion of a health worker, the pregnancy can endanger the mental or physical health or life of the woman. Additionally, in case of sexual assault, rape, and incest.

Section 21 recommends restricting the use of assisted reproductive technology such as surrogacy for only those medically diagnosed as unable to bear children. In addition, it recommends that partner states give special licenses to designated providers and protect surrogate mothers from exploitation.

What's the hold-up in passing it?

The Bill faced opposition at the public hearings held on June 27-30. Some oppose the Bill entirely, while others want specific provisions removed.

Resistance is primarily from religious and conservative groups, who maintain that some provisions of the Bill are part of the Western agenda, and against East African cultural values.

Three sections of the Bill remain contentious despite the revisions made after the first reading and stakeholder consultations.

First is the provision for comprehensive sexuality education for young people, which they oppose because they believe it will expose children to early sex. Some question why the government should be responsible for providing sex education to children instead of parents. They also oppose contraceptive access for young people and argue that abstinence-only messages should be provided to young people. This is despite scientific evidence to the contrary.

A representative of the ministry of education in Uganda wants the word "comprehensive" removed because it is inconsistent with the language approved nationally.

The provision on abortion faces the most opposition. Opponents take issue with the definition of abortion in the Bill and argue that it does not reflect African values. They claim that, if passed, the Bill would make abortion services available on-demand.

Lastly, critics oppose the section on surrogacy, claiming it deviates from the order of creation and allows for LGBT individuals to have children. A few Muslim leaders in Kenya and Tanzania reject the ban on child marriage and argue that once menstruation starts, regardless of age, a girl can be married.