Africa Can Achieve Prosperity, but There Are No Quick Fixes 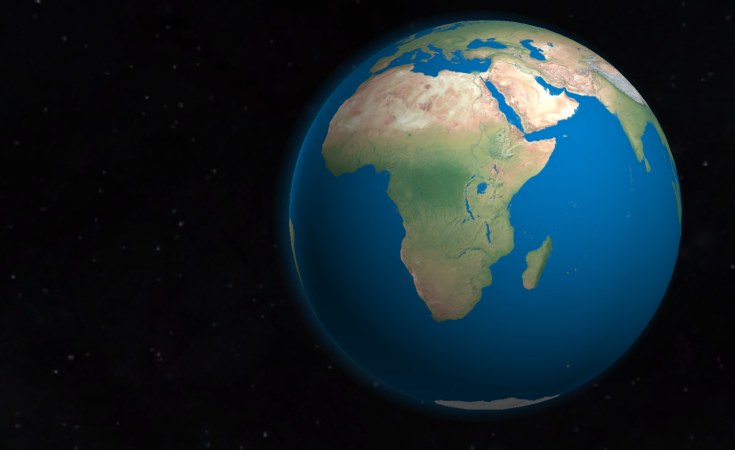 After decades of modest livelihood improvements, Africa's fortunes started turning around in the mid-1990s. But the gap in crucial indices, such as average incomes in Africa and those in the rest of the world, continues to widen.

A new Institute for Security Studies (ISS) website explores the reasons for Africa's slow development beyond the historical impact of slavery, imperialism, colonialism and the Cold War's proxy battles.

Because of its large youthful population, Africa will only enter a potential demographic dividend in the middle of this century - several decades later than other regions. Instead of a boon to development, Africa's large, youthful population is a significant drag on improvements in income and poverty reduction.

With most people still living in rural areas and engaged in subsistence farming, the continent isn't benefiting from the dynamic contribution that urbanisation makes to development. Instead of labour moving to jobs in urban factories - the traditional route to rapid growth - most Africans urbanise to escape destitution in rural areas. So rather than benefiting from more productive livelihoods in towns and cities, they merely survive in a growing informal, low-end services sector.

As a result, urbanisation is making only a modest contribution to improved productivity in most African economies. And instead of industrialising, Africa is deindustrialising from the relatively small role that manufacturing plays in its economies. At low levels of development, a services-led growth path delivers minor improvements in productivity and mediocre economic growth.

Despite all the talk about its agricultural potential, Africa hasn't experienced an agricultural revolution; average yields per hectare are less than half the average in the rest of the world. Farmland is communally owned and not bankable. Fertiliser is expensive, and surplus produce cannot get to the market because of poor infrastructure.

Instead of catching up, the gap in yields per hectare in Africa compared to global averages is increasing. The continent is becoming less food secure with each passing year, as evidenced by the impact of Russia's invasion of Ukraine on food availability, hunger and malnutrition.

Then there is Africa's large health burden. Rates of communicable diseases on the continent are more than four times higher than the average worldwide. Although Africa's non-communicable disease burden is only half that of the rest of the world, rates are increasing.

With its lagging development and instability, it's ironic that Africa's democracy levels are quite high

By 2024, the death rate from non-communicable diseases in Africa will overtake that from communicable diseases. This early epidemiological transition - given low levels of development - translates into a veritable double burden of disease on a continent with exceptionally poor health infrastructure and low ratios of medical personnel to population.

Ironically, levels of democracy in Africa are quite high given its lagging development and burden of instability. And military expenditure on the continent is generally below the average in the rest of the world.

So what can be done? On 22 June the ISS African Futures and Innovation (AFI) programme unveiled an ambitious website with long-term forecasts of each African country. The site assesses why Africa is trailing behind the rest of the world and presents scenarios two decades into the future. It also tracks the effect of positive pathways in 11 separate sectors, ranging from infrastructure to leapfrogging and climate change and energy.

Africa can start closing the gap with the rest of the world, but there are no quick fixes. Rather, countries must pursue good political and economic management, and match interventions to their specific circumstances, natural endowments and levels of development.

At the launch last month, South Africa's President Cyril Ramaphosa commended the ISS for 'lending its weight to the pan-African drive for unity, self-determination, freedom, progress and collective prosperity.'

With progress across all sectors, the growing gap between income levels in Africa and the rest of the world can be closed. It will take time though, and the number of extremely poor people in Africa will likely increase over the next decade. Improving incomes and reducing extreme poverty will take several decades to achieve.