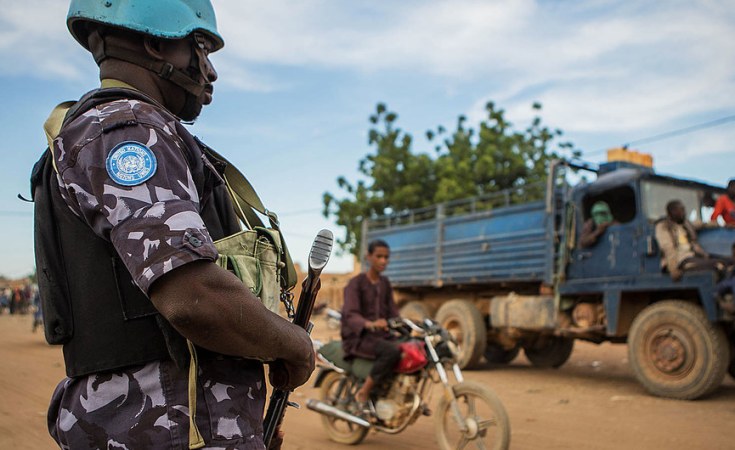 Malian authorities on Wednesday ordered the Olivier Salgado, the spokesman of the United Nations peacekeeping mission, MINUSMA, to leave the country within 72 hours.

The move comes after Mali's military government ordered the temporary suspension of troop rotations by MINUSMA.

Mali has been at odds with its neighbors since the military seized power in August 2020. The recent arrest of the Ivorian soldiers further increased tensions between Mali and its neighbor Ivory Coast.

Why is Mali expelling MINUSMA spokesman?

Mali claimed that the 49 Ivorian soldiers were "mercenaries" who sought to topple the country's junta.

They were arrested after arriving at Bamako airport aboard a special flight.

In turn, Salgado said the soldiers were working for a German company contracted by MINUSMA.

A Malian Foreign Ministry statement said the expulsion was due to social media posts.

"This measure follows the series of contentious and unacceptable publications by the person assigned to social networks declaring, without any proof, that Malian authorities were informed ahead of time of the arrival of 49 Ivorian military soldiers," the ministry said.

"It is important to note that the doctrine of persona non grata does not apply to United Nations personnel," deputy UN spokesman Farhan Haq told reporters in New York.

MINUSMA, or the United Nations' Multidimensional Integrated Stabilization Mission in Mali, was created in 2013 to help the West African nation cope with a bloody jihadist campaign.

Mali has been battling an Islamist insurgency that emerged after an uprising in 2012 and has since spread to neighboring countries, killing thousands and displacing millions across West Africa's Sahel region.

MINUSMA is one of the UN's biggest peacekeeping operations. According to the mission's website, it has 17,609 soldiers, police, civilians and volunteers deployed as of April this year.

But it is also one of the most dangerous operations, with dozens of casualties of MINUSMA's personnel reported each year.

Egypt, MINUSMA's biggest single troop contributor, said last week it would "temporarily suspend" its participation in operations after seven of its troops were killed this year.

France and Germany have been involved in MINUSMA. However, Paris announced earlier this year that it would withdraw its troops.

Berlin, on the other hand, is set to increase German participation in MINUSMA.

The EU is also involved in two training missions in Mali -- the EUTM and the EUCAP -- alongside MINUSMA, but the bloc is reducing its operations due to continued cooperation between Russian mercenaries and Mali's junta.