Africa: TB 'Seen As Disease of the Poor' - Is That Why Vaccines Are Not Ready Yet? 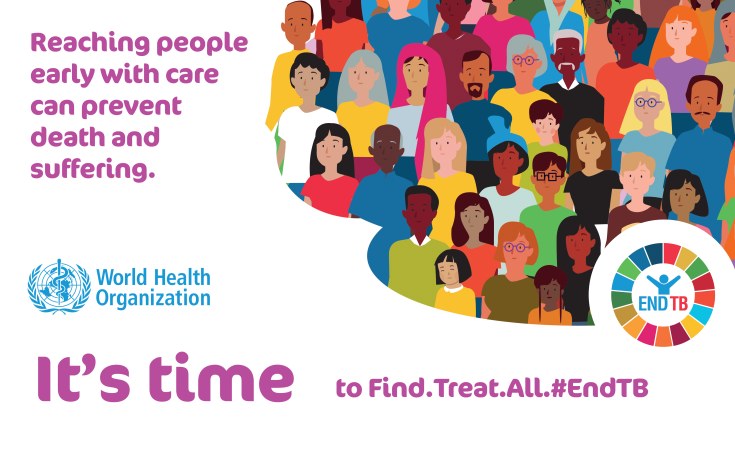 The Stop TB Partnership hosted a media briefing on July 6, 2022, to launch the Global Plan to End TB 2023-2030 (Global Plan), a detailed strategy to finally put an end to the world's oldest pandemic.

Speakers outlined the priority actions and estimated financial resources needed to end TB as a global health threat by 2030 through early diagnosis and treatment, the development, approval and distribution of a new TB vaccine; and the redoubling of efforts so that emerging crises - like the Covid-19 pandemic - or conflicts - like the ongoing war in Ukraine - do not derail TB programs.

Dr. Lucica Ditiu, the Executive Director at the Stop TB Partnership, says she is optimistic the war against tuberculosis will finally be won by 2030. Ditiu says she knows that, based on the years of engagement, the TB community is very united and it's an incredible desire of generations. A lot of her optimism comes from what she's seen happening during Covid-19, the fact that countries managed to mobilize resources and researchers worked together fully aligned, sharing their data and developed new tools in a very short time. Incredible efforts were made in putting together vaccination campaigns.

"Let's not forget that during Covid-19 vaccination, India was the country that was vaccinated 25 million people a day. TB is all about reaching people with services and really deploying at grassroots the tools and the stuff that can ensure access for everyone that is affected, to diagnosis and treatment. It's not a very sophisticated disease, it's also not very expensive. and it gives a good return on investment. If we can do things like the miracle for Covid-19 there is nothing that stops us to do the same for TB," says Ditiu.

The latest information, according to Dr. Tereza Kasaeva, the director of the Global TB Programme, is that there are 14 promising active vaccine candidates in clinical trials. "And maybe a few more details, two in phase one, eight in phase two, and four in phase three. In phase three, it means that they are closer to the completion of the trials and we can already build some plans according to the news we are receiving from these trials.

"So they encode a candidate to prevent TB infection and TB disease. And also candidates to help improve the outcomes of treatment for TB disease we are following closely and we are working closely with the different groups involved in these trials and as soon as we will receive more information, more evidence of course we will move forward immediately and several departments in WHO are involved in this work, not only global TB program but also vaccines department and other chief scientists and other groups," Kasaeva says.

"We have, for example, one of the most promising candidates M72 (is in) phase 2B trials and we're looking forward to the next steps, and ... WHO initiated and conducted a full value assessment of the TB vaccines to inform for the investments and to bring the evidence, what should be added value of the introduction of the vaccines. And we think that with the new technologies, learning or building or lessons learned from Covid-19 it's possible to have vaccine and by 2025, but we need investments, prioritization and joint efforts," says Kasaeva.

According to Dr. Paula Fujiwara, the moderator at the Global Plan Task Force, the global player should help with the advocacy that has been lacking in pushing the candidate vaccines. He says what happened with Covid-19 was the fact that it was a problem in many of the rich countries, but since TB is seen as a disease for the poor maybe that is why the candidate vaccines don't have as much advocacy.

"I would just like to highlight that the global plan does have a chapter on the new tools, which also covers the new vaccines and I wanted to highlight that the resource need to get a new vaccine for use is U.S.$10 billion and that is the kind of price tag for the vaccines to be available. I must also highlight that besides the candidate vaccines that were for several years in the pathway. For TB, there is now new hope for a new variety of vaccines, based on the MRNA vaccine that was so successfully researched and used in Kuwait. These could be repurposed for use in tuberculosis and both the leading manufacturers of MRNA technology called vaccines have actually made announcements in this regard and talking about the Moderna and the Pfizer by intake group," says Suvanand Sahu, the Deputy Executive Director at the Stop TB Partnership.

Ditiu says having so many competing priorities on Africa's agenda are making it very difficult to see the decline in TB cases that's needed, and there are few countries that are championing for the end of TB.

"The continent is not yet winning the war against the disease. I think that there is a lot of possibilities and we look forward to work with all the African countries to see this going forward. The challenge is to secure the attention and the resources for TB from the African governments. The technical people and the programs are, I think, very ambitious and ready to fight, we need to give them the tools to be able to fight and the money," says Ditiu.

In 2020 according to WHO global TB report an estimated 2.5 million people developed TB in the Africa region which is almost 25% of the global total and there were more than half a million TB deaths over a third of the global deaths. 17 countries from the African region, mainly from sub-Saharan region are included in WHO's list of 30 high-TB-burdened countries. And there are huge gaps in access to TB care. More than 1.1 million people didn't have access to the TB diagnosis and treatment, and this became even worse during Covid-19 pandemic, with significant drops in TB notification.

"When we look at the situation with the funding that are also huge gaps, almost 44% of our funding gap in for these countries, 22% coverage from the domestic resources and 34% coverage from international resources. Of course you can imagine, with this funding level it's almost not possible to expect progress but they're doing actually great, programs are doing really great work. And we can see that even despite of all these challenges, out of six high-burden countries that managed to reach End TB strategy milestones five are from the African region. So that's why we have to support these programs, and these people and to give more investments. They're doing an amazing job, and they have necessary capacity and, furthermore, they're contributing into the Covid-19 response, not only doing TB work, so this is the situation, but we are all ready to support it, it's our priority," says Kasaeva.

Suvanand says most of the countries in Africa are heavily dependent on external aid for the TB programs and externally in this case means Global Fund. Global funding is not enough for TB, the amount that is provided from the global fund is very important for these countries but it's not enough, they need much more from external funding.

"The global plan articulates one full chapter on the research needs both in terms of what needs to be there and what is the price tag for it. They are in three broad buckets - new diagnostics that are needed to diagnose TB early, second bucket where we need new drugs and new treatment regimen that is shorter than what we have today, safer and more effective and third, is the group the the what we discussed the vaccines that need to be there because without that we will not be able to end TB, particularly in the last few years vaccines will be needed," says Suvanand.

Kasaeva says in the next few years, they are looking forward to the massive rollout of innovations for TB diagnosis, treatment and prevention, including first of all, point of care diagnostics to detect TB including those applicable for children a rapid drug susceptibility testing for new drugs, biomarkers for progression of TB infection into TB disease.

It's Our Responsibility to End the World's Oldest Pandemic