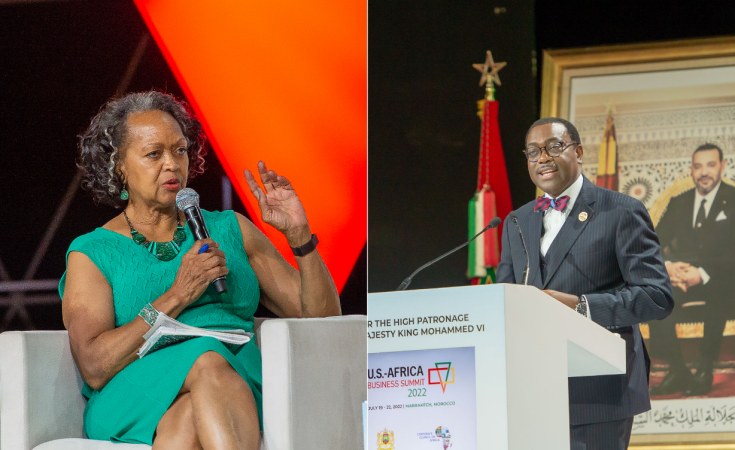 Marrakech — The president of the African Development Bank (AfDB), Akinwumi Adesina, said on Wednesday that he was "extremely positive" about investment opportunities in Africa.

"Based on the 2020 survey conducted by the African Private Equity and Venture Capital Association, about 45% of sponsors expect returns in Africa are to exceed those of emerging and developed markets over the next 10 years," said Adesina at the opening of the 14th edition of US-Africa Business Summit, noting that "it is time for U.S. investors to move quickly and invest massively in Africa".

In this regard, he said that Africa offers a "very profitable" destination for investment, noting that investors pay a lot of attention to this Continent and that the number of private equity funds in Africa has increased from 12 in 1997 to 150 in 2020.

In addition, Adesina highlighted the importance of President Joe Biden's "Build Back Better World" program in contributing to the shift in U.S. private sector investment to Africa.

"It's time to refresh, re-engage and re-invest in Africa. As you do, it is important to base your investment decisions in Africa on facts, not fiction or perception. Perception is not reality," he said.

This is why the AfDB has invested more than $44 billion in infrastructure in Africa over the past six years, in the areas of energy, transport, digital infrastructure, water and sanitation, he stressed.

Referring to the issue of natural gas, Adesina assured that Africa is ready to be the alternative source of supply in this area, to help secure energy supply to Europe, following the Russian-Ukrainian conflict that disrupted energy supply.

"From Nigeria to Ghana, through Tanzania, Senegal, Morocco, Kenya, Algeria, Africa now has some of the largest natural gas reserves in the world," he underlined.

"Africa has some of the largest deposits of lithium in the world, from the Democratic Republic of Congo to Namibia, Zimbabwe and Mali, enough to make the continent competitive with China and Chile in the race to supply the global value chains for electric cars," AfDB chief added.

In this context, Mr. Adesina welcomed the enormous opportunities that the African continent has in the field of agriculture, with 65% of the remaining arable land uncultivated to feed the world, noting that "what Africa will do with agriculture will determine, without doubt, the future of food in the world."

"If this is not enough to convince you to invest in Africa, let me try further, the African Continental Free Trade Area (ZLECAF) will become the largest free trade area in the world, with a market of 3.3 trillion dollars, covering 54 countries and a population of 1.3 billion people," he said, while highlighting the huge investment opportunities in renewable energy, including 10 TW of solar, 350 GW of hydro, 150 GW of wind and 15 GW of geothermal.

Placed under the High Patronage of His Majesty King Mohammed VI, this Summit which will continue until July 22, in partnership with the "Corporate Council on Africa" (CCA), will be attended by a large U.S. government delegation, African ministers and decision-makers from the largest U.S. multinationals and the African business community.

Next Story
Tagged:
Copyright © 2022 Maghreb Arabe Presse. All rights reserved. Distributed by AllAfrica Global Media (allAfrica.com). To contact the copyright holder directly for corrections — or for permission to republish or make other authorized use of this material, click here.