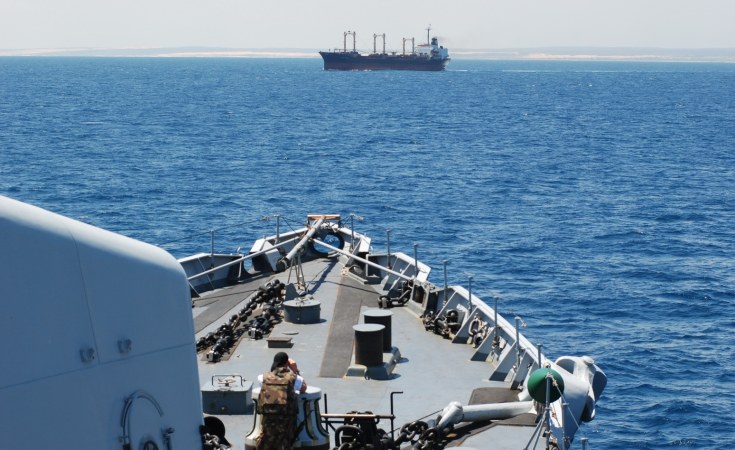 The report says that the first half of 2022 witnessed the least cases of piracy and vessel hijack globally.

Nigeria recorded the least cases of armed robberies across its coastal waters and pirate attacks against its ships globally in the first half of 2022, according to a new report released by the International Maritime Bureau (IMB).

The report says none of the 58 incidents reported globally in the first six months of 2022 occurred in Nigeria.

The record is the least Nigeria has had since 2018 when 31 cases were reported in the country in the first six months of the year.

The report said that the first half of 2022 witnessed the least cases of piracy and vessel hijack globally since 2018 with only 58 reported cases compared to 68 cases within the same period in 2021.

According to the IMB report titled, 'Piracy and Armed Robbery against Ship', of the 58 incidents, 12 incidents of piracy were reported in the Gulf of Guinea, and 10 cases were classified as armed robbery and the remaining two were referred to as "Piracy Attacks" - with none of them occurring in Nigerian waters.

While the IMB hailed the decline in reported occurrences as encouraging, it also bemoaned the fact that many of the attacks on vessels were reported late changing the numbers in the table in subsequent reports.

"This report provides an analysis of 58 global maritime piracy and armed robbery incidents reported to the IMB from January to 30 June 2022. Incidents are occasionally reported late, resulting in changes to the table and figures in subsequent reports.

The index shows that Nigeria recorded 31 cases of actual and attempted vessel hijacking in 2018 out of 107 cases that were reported across international waters in the first six months of the year, and 201 cases globally at the end of the year, an increase of 87 per cent.

In 2019, Nigeria recorded 21 cases of vessel attacks across its waters out of the 78 cases of global maritime piracy and armed robbery incidents reported to IMB from January to June, and 162 cases at a 107.6 per cent increase worldwide at year-end.

Out of the 68 occurrences of international maritime piracy reported between January to June of 2021, Nigeria had four incidents of vessel attacks across its waters in the first half of the year - and 132 cases, representing a 94.11 per cent increase globally.

Warnings in Gulf of Guinea waters

Despite no-incident record on Nigerian seas, the group highlighted that events had been reported up to 212 nautical miles from the country's shores.

Nautical miles are used to measure the distance travelled through the water.

The IMB, therefore, urged shippers to increase their vigilance in protecting their vessels, stating that many hijacking incidents during the first year may potentially have gone undetected.

"Generally, all waters in/off Nigeria remain highly risky," the IMB stated in its report. "Incidents have also been reported up to about 212nm from the coast.

In reaction to the reports, the Director General of the Nigerian Maritime Administration and Safety Agency (NIMASA), Bashir Jamoh, said the country is committed to sustaining the momentum of the success recorded in recent times in the fight against piracy in the region.

In a statement, the Assistant Director, Public Relations, NIMASA, Osagie Jamoh, noted that the reduction was a direct result of collaboration amongst national, regional, and non-regional stakeholders, according to the PUNCH newspaper on Thursday.

The statement also quoted the IMB Director, Michael Howlett, to have said, "Not only is this good news for the seafarers and the shipping industry, but it is also positive news for trade which promotes economic growth. But the areas of risk shift and the shipping community must remain vigilant. We encourage governments and responding authorities to continue their patrols which create a deterrent effect."

PREMIUM TIMES had reported the Indian government in December 2020, announced how 20 of its nationals aboard an oil tanker, (Sailors) MV Duke, were kidnapped by pirates in the Gulf of Guinea West along the shores of Nigeria.

"Indian Govt & Mission gave highest priority and worked with @NigeriaGov on release of 20 Indian seafarers kidnapped on 15 Dec from MV Duke. 19 were released yesterday. One sadly died in captivity in adverse conditions. Our deepest condolences. Mission assisting in speedy return," the Indian High Commission in Nigeria had announced via its verified Twitter handle.