Libya: Justice in Libya - A Road to Hope or a Road to Nowhere? 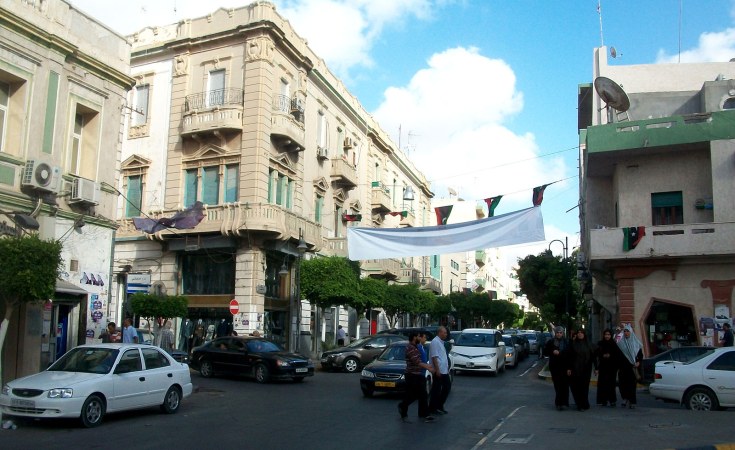 A UN Fact-Finding Mission recently published its third report unveiling more evidence of "crimes against humanity, war crimes, and gross human rights violations" in Libya, including against migrants. National authorities are supposed to be investigating, but there's little evidence that they have done much. The International Criminal Court has been seized of the Libyan situation since 2011, but has so far been largely ineffectual.

The UN Fact-Finding Missionreport (FFM) published on June 29 is a litany of crimes committed over years across Libya by multiple actors including some linked to the State as well as armed groups. "Some of the violations identified include direct attacks on civilians during the conduct of hostilities, arbitrary detention, enforced disappearances, sexual and gender-based violence, torture, violations of fundamental freedoms, persecution and violations against journalists, human rights defenders, civil society, minorities, internally displaced persons and violations of the rights of women and children," says the FFM.

The FFM was set up in 2020 at the request of the Libyan government. But Libyan authorities have so far done little to prosecute international crimes. "What you have on the ground is the willingness of some judges to do something," Nidal Jurdi, the FFM's Libya coordinator and head of Secretariat, told Justice Info. "The ones we met showed enthusiasm and willingness, saying they want to see rule of law and accountability in Libya. But are they able to do it? Many of them said 'no, we are afraid for our lives, for our families'."

Militias still control large parts of the country, while there are rival governments in the capital Tripoli and in the east. "You may see cases of crimes amounting to war crimes being prosecuted in the west related to the east, or in the eastern region related to the west," says Jurdi. "But if you're talking about accountability and prosecution in the fullest sense, that is missing. We hope to encourage it." He points out that international crimes (war crimes, crimes against humanity and genocide) are not enshrined in Libya's Penal Code, but can be prosecuted as ordinary crimes.

The International Criminal Court (ICC) has been seized of the situation in Libya since 2011. Libya is not a State party to the ICC, but the situation was referred by the UN Security Council in the wake of a brutal crackdown on protesting civilians by the government at the time under Muammar Gaddafi. It has issued five arrest warrants for war crimes and crimes against humanity: in 2011 against the former dictator himself (withdrawn in November the same year following his death), his son Saif Al-Islam Gaddafi (still at large) and Gaddafi's former intelligence chief Abdullah Al-Senussi (case closed in 2014 when the Court declared it inadmissible on grounds of national proceedings against the suspect); then against Al-Tuhamy Mohamed Khaled (arrest warrant issued under seal in 2013 and made public in 2017, suspect still at large), and in 2017 against Mahmoud Al-Werfalli (withdrawn in June 2022 following his death).

So of these five cases, only two remain and neither of the suspects have been arrested. Lawyer Céline Bardet, founder of the NGO We Are Not Weapons of War, has been working with Libyan victims for more than a decade. She thinks any impact the ICC may have had in Libya remains largely symbolic. "Unfortunately it has even been counter-productive," Bardet told Justice Info, "because back in 2011 it raised a lot of hopes. But from 2011 to 2022 there have been no concrete results."

She also thinks the ICC has been lacking a clear strategy on Libya. "Fatou Bensouda [former ICC prosecutor] said it was a priority for her, but I feel great frustration at the ICC's work on Libya." Bardet says that as well as lack of resources, ICC investigators did not go to Libya and for a long time did not even have Arabic speaking investigators. That is a big problem, she continues, because victims of serious crimes such as torture need to have trust and do not want interpreters when talking to the ICC.

After taking office last year, current ICC Prosecutor Karim Khan announced a new ICC strategy on Libya, and his Deputy Prosecutor Nazhat Shameem Khan went late June to Tripoli "in furtherance of the renewed action strategy of the Office of the Prosecutor in relation to the Situation in Libya", according to an ICC press release. It says that the new strategy announced by Khan in April this year "emphasises the allocation of additional resources, increased engagement with those impacted by alleged crimes in Libya and more effective cooperation with Libyan authorities in support of accountability efforts at the national level, in line with the principle of complementarity".

"If there is a change, so much the better," says Bardet. "But I no longer expect anything of the ICC on Libya."

"We continue working on identifying responsibilities," says Jurdi of the FFM. "This means at the end of the day that accountability should take place." Information on possible suspects is kept confidential, but could the FFM share it with courts in Libya or elsewhere for possible future prosecutions? "Our mandate does not allow for that," he told Justice Info. "But our mandate says at the end of the day we will submit all this evidence to the Office of the High Commissioner for Human Rights (OCHR)." The OCHCR could possibly seek permission from the UN Human Rights Council to disclose some of it to third parties "when the time is right", he said.

The FFM's mandate has been extended to March 2023, but will then end at the request of the Libyan government. "The Libyans do not want to extend, they want to take custody of the process," says Jurdi. "We said good, but as long as you follow up on our recommendations." There has been little sign of that so far.

Finding a political solution towards an elected unified government is key to restoring security and implementing reforms to ensure accountability, says Jurdi. This was supposed to happen under the 2020 Libyan Political Agreement. But the country remains divided and UN-supervised elections due to take place in December last year have been postponed indefinitely.

In the meantime, Bardet thinks one road towards justice for victims could be universal jurisdiction. For example, her organization brought a complaint in France in 2018 against warlord Khalifa Haftar on behalf of victims, after Hafter went to Paris for medical treatment. This is under investigation by the office of the French prosecutor, although Haftar's whereabouts are currently unclear.

Previous Story
Militia Shootout in Tripoli Leaves a Dozen Dead
Next Story
Libya - A Country in Need of a King?

Libya - A Country in Need of a King?

Next Story
Tagged:
Copyright © 2022 JusticeInfo.net. All rights reserved. Distributed by AllAfrica Global Media (allAfrica.com). To contact the copyright holder directly for corrections — or for permission to republish or make other authorized use of this material, click here.